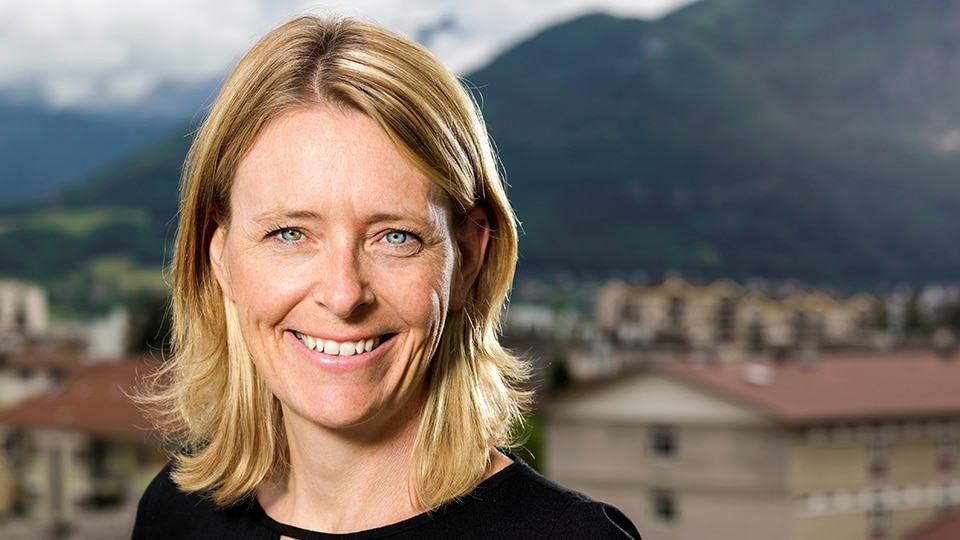 As one of the founding members of Women in Games France, Rebecka Coutaz is a strong advocate for gender equality in gaming. The 24-year industry veteran has been around long enough to remember a time when there were few women working in game development and is determined to use her experience and position to change that.

Coutaz's career began as a localization tester at Infogrames/Atari while attending business school. After graduating, she took on a full-time role at the company where she got her start for the next 11 years. Eventually, Coutaz moved on to work for a small development startup before starting her own company specializing in videogame business consulting. One day, while riding in a taxi in Bombay, India, Coutaz received a call from Ubisoft offering her a role as studio manager at Ubisoft Annecy – a team whose work had really impressed her. Eight years later, she has helped Ubisoft Annecy grow from a team of 71 people to more than 260 as its studio manager.

I'm sure you have many responsibilities as a studio manager, but what exactly does the role entail?

Rebecka Coutaz: The first thing we do is carry the vision and strategy of Yves [Guillemot] down to a local level. Each studio is unique; we have our own DNA that is highly valued by the top management. So, we take the strategy and the vision and we see how we can adapt it to us. Then, I have to drive that vision while managing the short and midterm priorities. And of course, I have to ensure that the studio is profitable.

Within the studio, I have a studio governance team that works with me, including the producers, creative directors, technical directors, brand directors, heads of HR, finance, communications, and IT. We work together to interpret the vision and strategy of Yves, and see what we can do with it. We have a three-year roadmap, so we decide where should we put our production resources, and how can we contribute to Ubisoft as a whole.

On a day-to-day basis, I manage and communicate with the teams, meet with individuals to understand their constraints and challenges, and decide which team members go onto which teams. I work with my fellow managing directors, because we do a lot of collaboration with other studios. While we're the head studio for Steep, we also help develop The Division 2 and Ghost Recon Breakpoint, so I am in meetings nearly all day.

RC: This position is great because it's so varied, but what I love most is to be able to work with my team. I sit out on the floor with everyone else; I don't have an office. I walk 10,000 steps a day because I am always walking the floors, so I think I am pretty accessible as a manager. Until about six months ago, I knew the first name of everyone at the studio. It's a bit harder now that we've grown so much [laughs].

I love seeing my team overcome challenges, to drive, to perform, to learn, and to grow. That is such a gift for me.

How do you prepare for a job that is so varied and requires so much specialized knowledge?

RC: All studio managers have different backgrounds. I have a business background, but we have managing directors who are engineers and have technical expertise. We all have different managing styles, but we are all trained by Ubisoft in leadership and management. Ubisoft is good at spotting where our strengths are and where we need to improve. I think if you talk to other managing directors, they'll give you a different point of view, because they have a different background.

Ubisoft has more than 40 studios, and each one has its own manager. What is your relationship like with all the other studio managers?

After that, we have another two days for managers of studios that are producing AAA HD games. We then work on different topics that are much more specific to us, like how do we collaborate on technology? How do we exchange more knowledge? How do we be more agile? What's the update on the Snowdrop engine? What's the update on the Anvil engine? All of us studio managers also have a monthly call.

Ubisoft Annecy is the head development studio for Steep, but you also support The Division 2 and Ghost Recon Breakpoint. What is the difference between being a lead studio and being a support studio?

How has the gender makeup of the industry changed since you started back in 1995?

RC: When I first started, it was still a geek market; the PlayStation had just launched, and it wasn't a massive market yet. I think the big change came with the launch of the Nintendo DS in 2004. We finally started getting games for women, and then the biggest change came with the rise of mobile gaming. That's when I really saw a lot of women entering the industry. I think it had a lot to do with the games that we were able to make for women. The more women play games, the more women will make games.

Do you think the gender disparity is a result of the games themselves, or how they've been marketed?

RC: I think it's a result of the games, absolutely. For me, it's also a question of accessibility. For example, in the ‘80s, you practically had to be a programmer to play PC games, and unfortunately, the majority of programmers were male. When consoles started to become more prevalent, accessibility to games increased and everyone could play them. It used to be pretty complicated to play games back in the ‘80s outside of Nintendo.

Even when you look at the types of games that were being made in the ‘90s, they weren't aimed at women. Look at Tomb Raider; Lara Croft in the ‘90s was a "babe." I didn't want to play as a "babe," but now she's a normal person. I think because we got more women into the industry, we helped diversify the games themselves. Now you have games that talk about homosexuality, disabilities, human rights; we have all kinds of games. The industry overall is more diverse than ever, even outside of gender, and it's showing in the games now.

What made you want to get involved in Women in Games France? Could you tell us a little bit about the organization?

RC: We started back in 2017. It already existed in other countries, but my co-founders and I thought it was a really important step to helping get more women in the industry. Today, at Ubisoft, we have a lot of women in high profile positions in all areas, and we publish series like this one that profile some of the major executives here who are women. We realized, however, that we need more female role models in production and development. We wanted an organization of people who could say, "You don't need to be afraid to join this industry. There are people like us already here."

We also teach women to give public talks, but often we see that women still need more confidence to speak in public. Ubisoft, as a company, has been working with Women in Games France to conduct workshops to help women not only at Ubisoft, but at all videogame companies in France, to speak up and take a seat at the table.

We also have a mentoring program for young women who are entering the industry to help them feel more confident and more equipped to handle difficulties at work.

As someone who is in a position of power at your own studio, how to do you go about ensuring that your workplace, new hires, and applicants become more diverse?

RC: I think quotas do a disservice to diversity. We have to have the right person at the right position because they are competent at what they do. At Ubisoft Annecy, we try to ensure that we have at least the same percentage of diversity that is coming out from the different schools. If 20% of engineering students graduating are women, I want to make sure that at least 20% of our engineers are women. We train our teams not to be biased in their hiring processes.

If you could give any advice to a young person who wants to do what you do, what would you say?

RC: My advice would be do what you really enjoy doing, because that's when you'll do your best work. Try to have enough distance from your work to understand when you need to change. For example, give yourself a check date. If you know you're in a difficult situation, tell yourself, "OK, I'm going to give it three months, and in three months I'll make a decision about my career." If you don't put a check date on it, it's going to continue to become a bad cycle.

The second piece of advice I'd give is to always be super professional and always be very credible, because that's how you create trust. When people trust you, you can go anywhere and do anything.