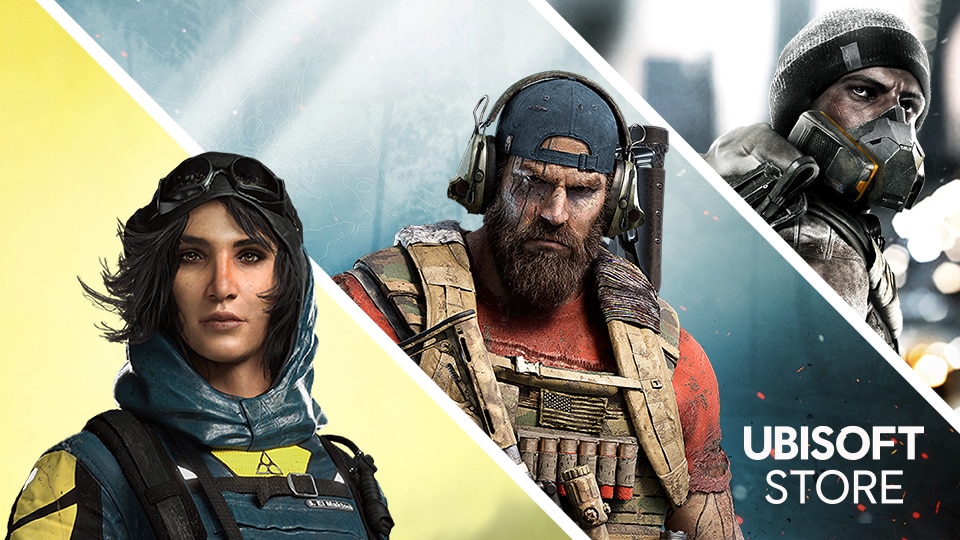 Since their inception, Tom Clancy's games have made their mark in the shooting game community, a franchise aimed at the thinking player. Through the years, these games have kept to three key pillars, even as narratives began to diverge: techno-thriller tones, a clear and present danger, and a "not today, but tomorrow," time frame. In order to uphold these pillars and keep gameplay engaging for the community, Tom Clancy's games keep tactical innovation at the forefront. To celebrate the Ubisoft Store offering up to 80% off select Tom Clancy games, here's a look at some of the installments that have left their mark over the years.

When Rainbow Six Siege launched in 2015, it was the first game in the Rainbow Six series to focus solely on online multiplayer gameplay, incorporating new features to encourage stealth and tactical thinking. It implemented hostage rescue into its design - developers even went so far as to study real-life crises  - which encouraged players to think more creatively than is typically necessary for an all-out shooter game. Likewise, the game's No Respawn feature meant that a downed teammate would be unable to help their squad, lending to a more tactical style of gameplay. Over the last six years, Ubisoft has supported the Rainbow Six Siege community by consistently keeping the game updated with new Operators, gadgets, and season passes.

Where Rainbow Six Siege focused largely on a PvP experience, Rainbow Six Extraction, the most recent installment in the series, puts players in a PvE scenario, pitting the Operators against an alien invasion. Extraction leveled up the tactical and stealth emphasis of Rainbow Six by adding scientific objectives to the mix, often requiring REACT Operators not to kill their objectives, but collect samples. Often, initiating a firefight in Extraction will attract hordes of enemy Archaeans, resulting in a failed incursion, and downed Operators won't be playable until being rescued in a subsequent mission. Additionally, each match consists of three zones - and between each phase of gameplay, players need to decide if they're going to continue the mission and risk losing their equipped Operator or call for an early extraction.

The Division, meanwhile, is Tom Clancy's foray into the world of MMO games, allowing players to take on a decaying Manhattan solo or as a squad in its online multiplayer experience. The game puts an emphasis on tactical gameplay, making cover and flanking the enemy a crucial part of victory - facing opponents in open battle is a quick way to defeat. It also introduced Dark Mode, which pits players against one another, arming them with only the highest-tier gadgets and weapons. Its sequel, The Division 2, retained the open-world and co-op elements, while improving the weapons and gadgets to make the game's tactical experience even stronger.

Ghost Recon Wildlands, meanwhile, lets players choose how they want to play the game, planning offensive or defensive maneuvers as they please - but observation before action is still a key component of success. The game also introduced a day-night cycle, where enemies were easier to spot during the daytime, but stealth missions had a much higher rate of success at night. Ghost Recon Wildlands also added a Horde mode to the game, allowing teams of four to face off against increasingly difficult waves of enemies. Its successor, Ghost Recon Breakpoint, continued to push boundaries by incorporating a survival element, and made gathering intel necessary to progress the story. Breakpoint added a variety of tools and weapons to help players use the environment to their advantage, such as a blowtorch, sulfur gas grenades, and electromagnetic pulse grenades. Likewise, players can carry bodies and hide them to help avoid detection.

You can experience all six of these titles through the Ubisoft Store, offering up to 80% off May 11-18. For more information on Rainbow Six Siege, check out its newest season, Demon Veil, or read about the recently announced Rainbow Six Mobile game.