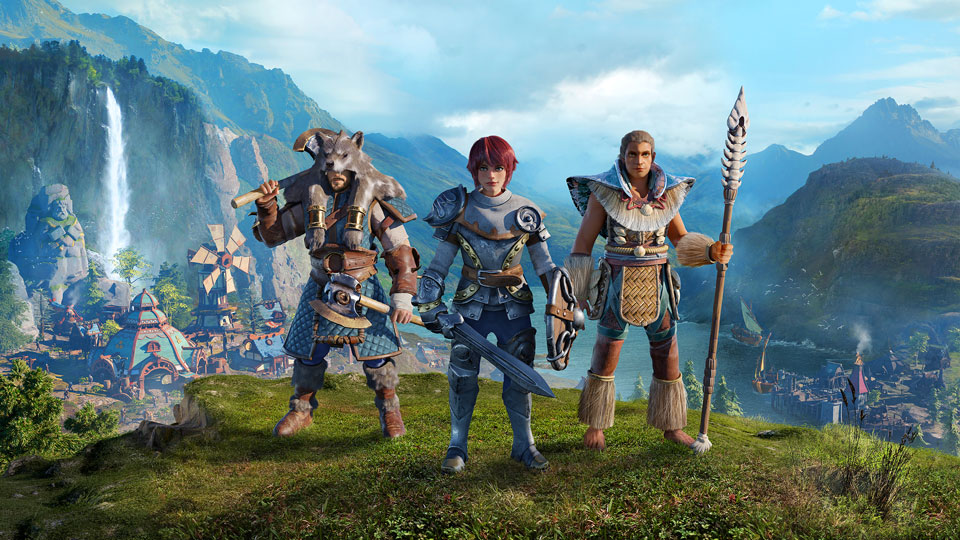 The Settlers Bring Exploration, Strategy, and a Bustling Economy to PC on March 17

The Settlers is coming to PC on March 17, rebooting the long-running RTS franchise and challenging players to explore new lands, build cities, and train an army, all while managing a growing medieval economy that lets you watch your individual citizens at work. And if you’d like to get a taste of what’s in store before then, a closed beta is planned from January 20-24; to sign up, visit thesettlers.com.

Featuring a story-driven campaign as well as PVP/co-op Skirmish matches (which can also be played against AI), The Settlers focuses on three factions: the Elari (who, as refugees fleeing a military coup, take center stage in the campaign), the Maru, and the Jorn. Each comes from a different biome, and each has distinct advantages, abilities, architecture, and units.

“The Elari mostly come from the Forgotten Plains, a very lush and green environment. They’re the faction known to build sturdy houses. They are craftsmen, they are very, very inventive people,” says Game Director Nadim Affani. “With the Maru, you have the Cursed Islands, essentially what happens to a very fertile land if resources are taken from it too aggressively. So the land has been experiencing drought, the lakes are salted, and this has driven the Maru to move to the coasts over the centuries. Now they are coast dwellers, they are people who live in close harmony with the land. They have learned from their past, and because they live closer to the shore, they are varied in trading as well. 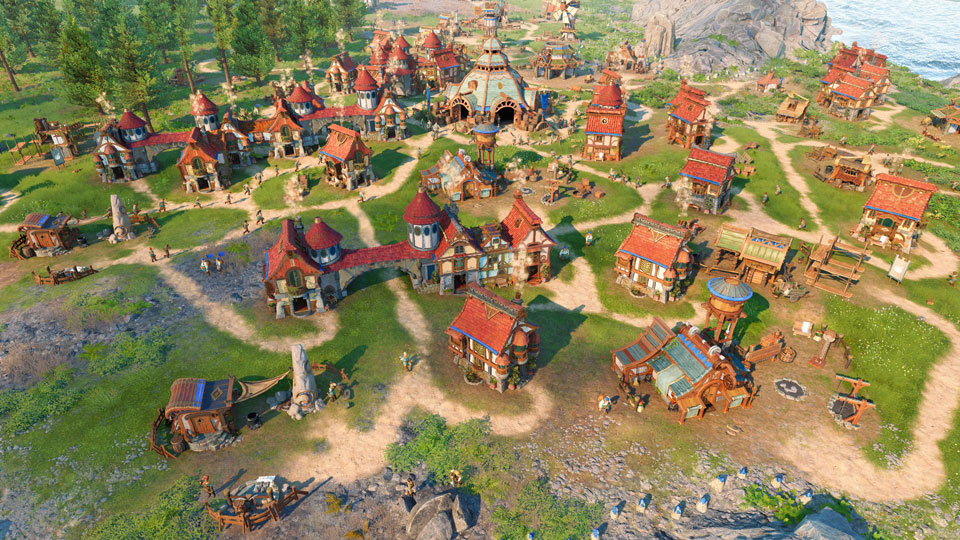 “Then you have the Veiled Islands, which are what happens if volcanoes and swamps happen at the same time,” Affani says. “So [the Jorn] have a very specific perspective on life; they take everything on as a challenge. They see a problem, they consider it a challenge, and then they do their best to overcome it and honor themselves for doing it. And because the Veiled Islands are quite cold, the people there wear fur.”

The Settlers draws inspiration from two fan-favorite games in the series – specifically The Settlers III and IV – and aims to give players a similar sense of control over their economy and military, while modernizing the classic RTS gameplay.

“It's not about changing, it's about evolving,” says Creative Director Christian Hagedorn. “Settlers III and IV had all of these specialists that used to do one task, but you needed to have 20 units for each of those. You needed to have 20 geologists, 20 pioneers, 20 robbers. We have put them all together into the Engineer, which has enabled the players to pay a lot more attention to what they can do.” 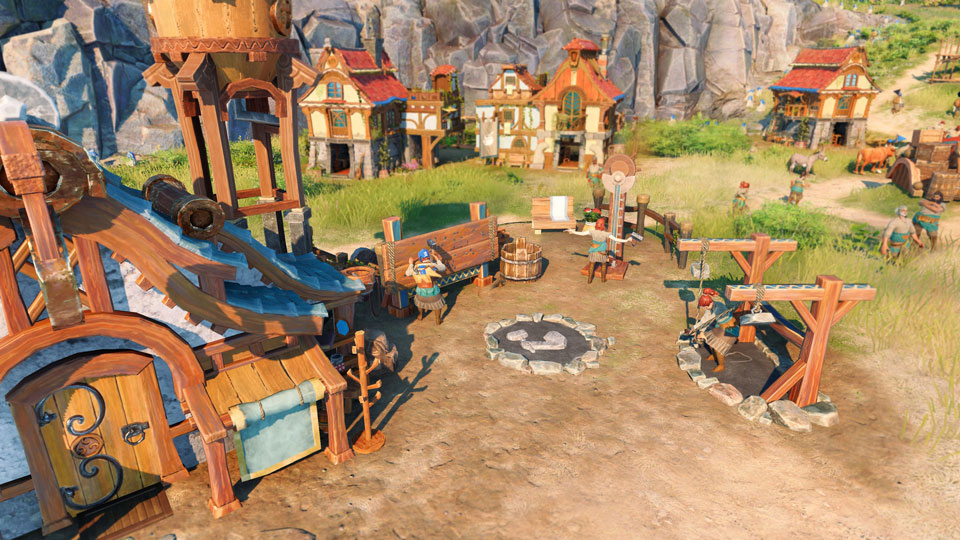 Engineers are versatile new civilian units that form the backbone of your settlement. Unlike your rank-and-file workers – who go about their tasks automatically once the right facilities are built – Engineers can be commanded to build structures and roads, discover mineral deposits, carry materials, and expand your borders. Engineers are also the key to opening Landmarks – mysterious ruins, caches, and raider camps scattered across each map, which hold treasures for the player who finds them first (and can deliver the right goods to unlock them).

“There were moments in Settlers III and Settlers IV, throughout the campaign, where certain items were just found on the map,” says Hagedorn. “There was maybe no context to them, but if you knew they were there, you could try to grab them. So we grabbed onto that idea, and we evolved them into Landmarks. There’s a challenge, there’s a reward, but the map is alive. There’s a reason to explore all of it.”

Build an Army and March to Victory

Giving players more control over their military is another important evolution The Settlers brings to the table, says Hagedorn. Throughout the game, you’ll be able to build facilities that let you recruit and train basic soldiers for epic battles, like swordsmen and archers, as well as rarer units like healers and fire-throwers, all of which can be upgraded with new perks and abilities (which can be researched once you build an Academy). 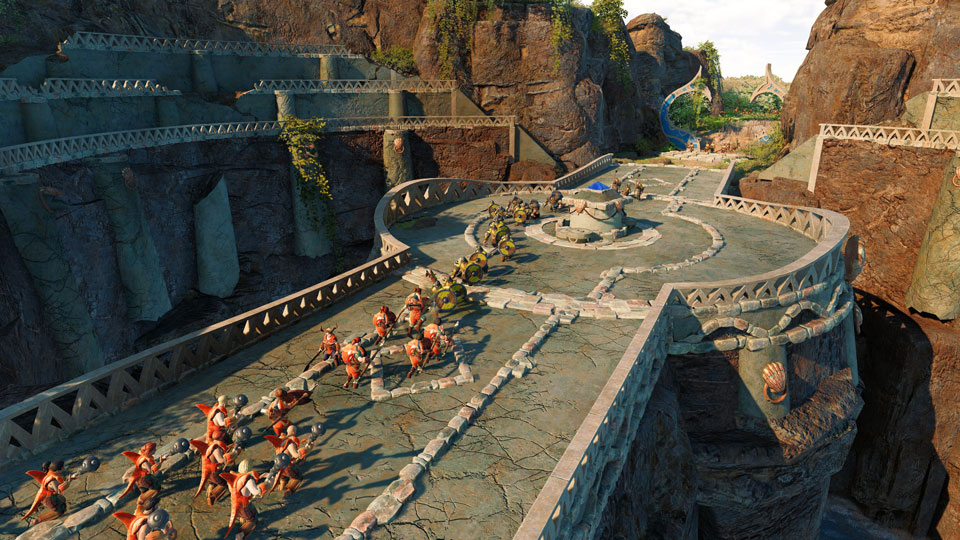 “Players were previously able to send their units around, but it was mostly about basic commands. Now they're able to split groups, put them together, send them with waypoints, use ambush tactics, prepare themselves, and make different compilations of different units so they can all go together. What we're trying to offer here are evolutions of previously very well-known mechanics.”

Combat is a vital component of The Settlers; not only will you need to defend against regular raids and incursions from opposing factions, but military conquest is the only real path to victory, says Hagedorn.

“When we took some extra time to finish the game, we realized that extra methods [of achieving victory] were pulling away players’ attention from what was the original core, which is a competition between different teams,” says Hagedorn. “By adding more flesh into military conquest, we start to offer many more variants, or military or strategic options, to what could be otherwise perceived as a single track line of ‘hey, I have more, I win; I have less, I lose.’ There are tactical possibilities: Splitting your groups, doing fake attacks, feinting, going back, reinforcing yourself with towers, using chokepoints to your advantage. Bringing enemies down with siege. All of these options have created one strong victory method, which is full of options, and I think that's much more enjoyable for players.”

In spite of the importance of combat, Hagedorn says, “there’s no faction war going on.” In the campaign, he says, the Elari will meet and form alliances with the Maru and the Jorn, and players will eventually play as all three factions during the story. 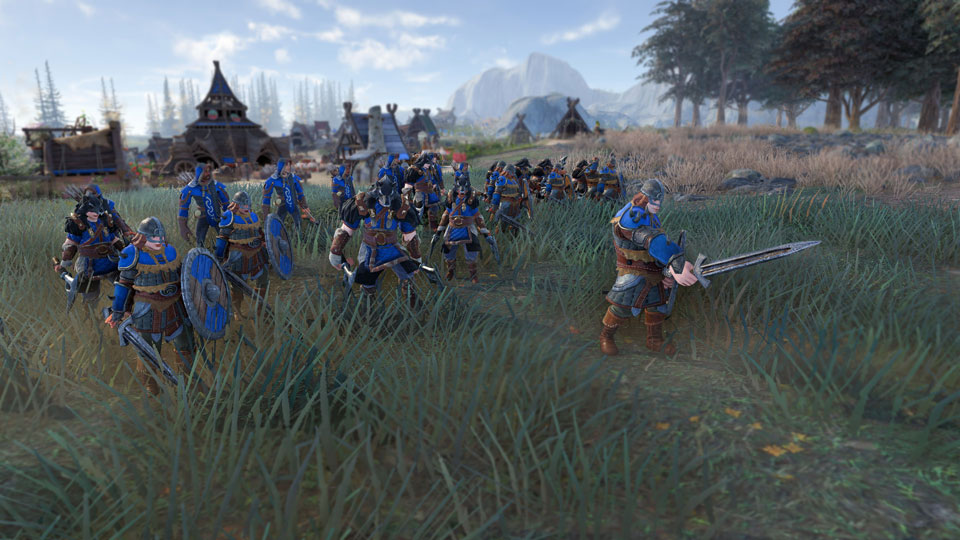 “We can call it friendship,” says Hagedorn. “At first, it’s mutual assistance, because they need each other, but the idea is that they grow together towards a common place so they can find solace in each other, because each of them are going through their own hardships. We’re trying to put all of the factions together, and the opponents that they find are different people from those factions who do not agree with them. So conflict rises – maybe from misunderstandings, maybe from bad opportunities – but it will be interesting for players to discover.”

The Settlers launches on March 17 for PC, and is included in a Ubisoft+ subscription. To sign up for the January 20 closed beta, visit thesettlers.com, and for more on The Settlers, check out our dedicated news hub.