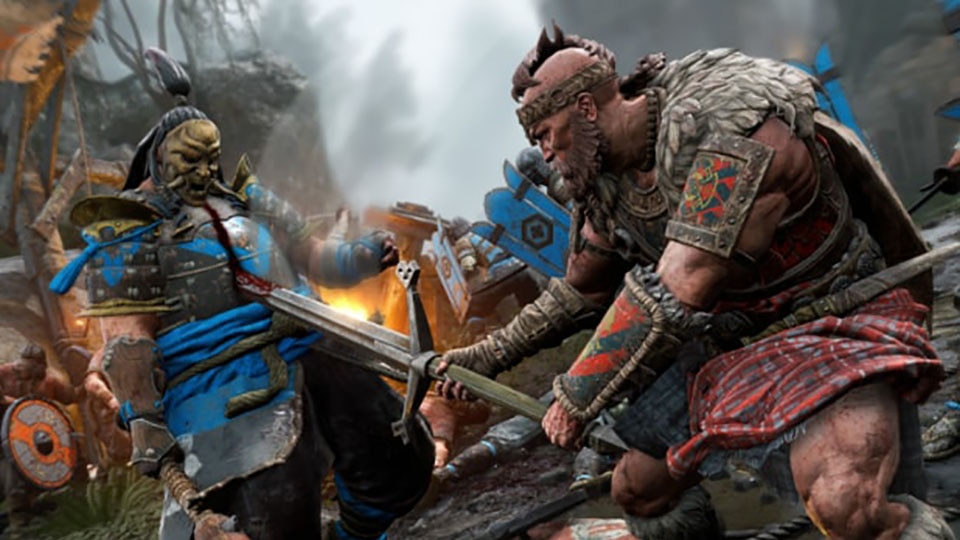 There's a new 4v4 mode coming to For Honor, one that will see the Samurai, Vikings, and Knights vying for battlefield dominance in a whole new way. First teased as part of the For Honor development schedule, the mode is called Tribute. In it, two teams face off for control of the three Offerings on the map. Bring the three Offerings to your base, place them in your shrines, and your team will be victorious. This is no mean feat, however. As you can see in the video below, the competition will be fierce.

There are no points to accumulate in Tribute; it's only the Offerings that matter. Once you claim one, you must carry it back to your team's Shrines where you will be faced with a decision. Depending on which shrine you choose to place your Offering in, your team will receive a blessing. Stephane Brochu, team lead design, describes the blessings as follows:

• Vindicator Blessing: Gives your whole team a boost to attack, as well as a speed boost when carrying an Offering and faster interaction when stealing an Offering.

• Guardian Blessing: Gives your whole team a small regenerating shield, as well as slowing enemy interaction when they try to steal your team's Offering.

• Oracle Blessing: Increases the awareness of your whole team. This includes showing, both in-world and on the radar, the location of an Offering carrier and the whole enemy team.

As you can see, choosing the right blessing can tip the scales in your favor, provided your team can take advantage of the situation. We asked Brochu for some tips on team composition, and he had this to say:

"While you might think you need to fully focus on speed, you'll find out quickly that having a tank on your team can be key since they will play a good part of your defense strategy. Having someone who stays at home and can keep opponents away from your hard-earned Offering is a good thing."

Hero choice is just one part of setting yourself up for success in Tribute. Brochu also recommends bringing trap Feats into battle. Not only are they good for defending your base, but "they can also be used in an offensive strategy. Placing them in the path you will use when running back to your base with a stolen Offering, or leaving (a trap) at an opponent's shrine, can be quite a shock to the enemy!" Ranged Feats are also helpful, he noted, as hitting your opponent at a distance will cause them to drop the Offering they are carrying.

Tribute will be playable on a variety of maps, including Tower Ruin, Canyon, Shipyard, Cathedral, Village, Forest, and Viking Village, when it joins the For Honor game mode lineup soon. For more on the latest from For Honor, check out UbiBlog's previous coverage.