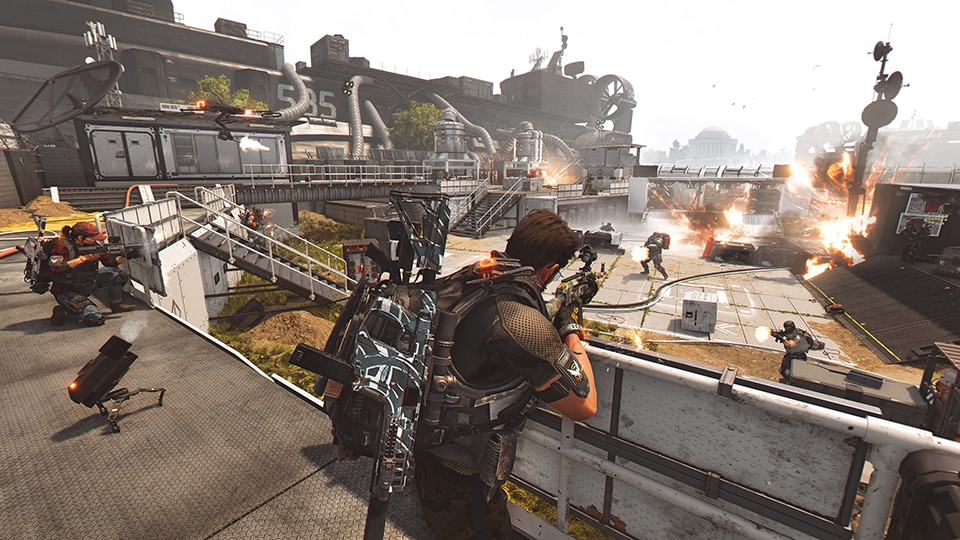 The Division 2's Washington, DC is about to get much more dangerous starting April 5, when Tidal Basin hits as part of the Invasion: Battle for DC update on Xbox One, PS4, and PC. The update will up the ante by introducing the Tidal Basin stronghold, held by the technologically advanced and ruthless Black Tusk faction. It's a brand new challenge for Agents, but the rewards are well worth the risk, as players who conquer the stronghold will be able to advance to World Tier 5 and work towards the new gear score cap of 500. Hitting the new gear score cap will be crucial for success in Operation Dark Hours, The Division's first-ever eight-player raid. The ultimate challenge for seasoned Agents, Operation Dark Hours will test your skills and teamwork abilities when it hits on April 25.

Upon reaching World Tier 5, you'll be introduced to weekly invasions, which see the Black Tusk taking control of main missions and strongholds across the city. Weekly invasions will present a stiff challenge, but offer a chance to grab some of The Division 2's best weapons and gear. Speaking of weapons and gear, two new exotic weapons, Pestilence and Nemesis, are on the way along with three new gear sets: True Patriot, Hardwired, and Ongoing Directive.

The Tidal Basin update is part of Invasion: Battle for DC, The Division 2's first batch of free post-launch updates. This also includes Operation Dark Hours, as well as a brand new Specialization and the Invasion Apparel Event, which will allow Agents to collect outfits inspired by enemy factions as well as new masks and weapon skins.

More post-launch content is coming to The Division 2 in the months ahead as part of the Year 1 updates. Following Invasion: Battle for DC, three additional episodes will drop throughout the year:

The Division 2 is out now on Xbox One, PS4, and PC. For more information on the game, check out our previous coverage.