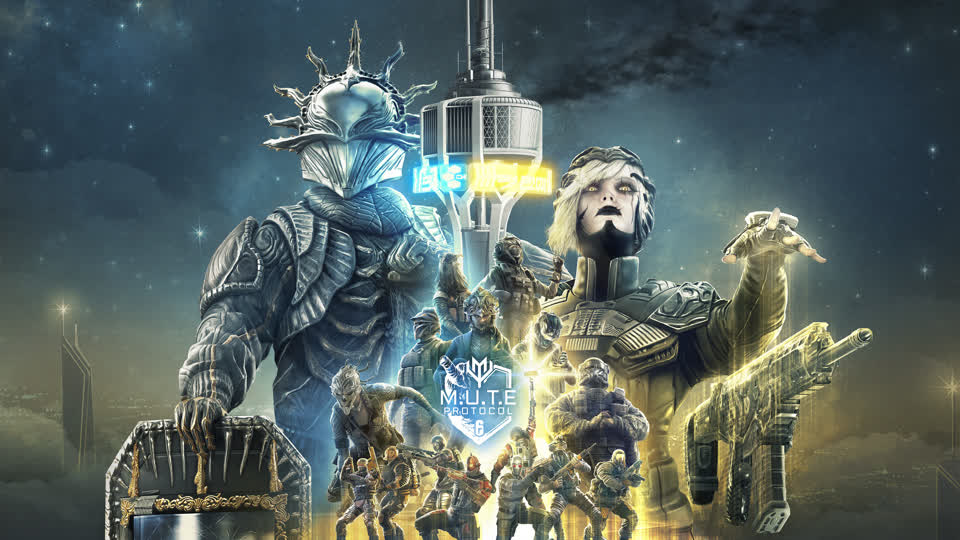 The robots have returned, but the game has changed. MUTE Protocol: Flesh and Metal is live now in Rainbow Six Siege, and available through August 23. This limited-time event introduces a new gameplay mode called Arms Race, in which players earn a weapon upgrade for each enemy they eliminate, but regress down the upgrade ladder every time they die. The goal is to progress through each weapon and unlock the Golden Hammer at the highest tier, then use it to smack a large, shielded brain and win the round. The new mode features quick respawns and power-ups, and empowers each player with a version of Oryx's Remah Dash to allow them to smash their way through walls in pursuit of their prey.

Set in a neon-infused sci-fi version of the Tower Map, MUTE Protocol: Flesh and Metal is an evolution of the previous MUTE Protocol event that ran in 2020. In addition to the new gameplay mode, new organic cosmetic skins join the previous robot-themed cosmetic items in the MUTE Protocol Collection. Uniforms, headgear, weapon skins, and Operator card portraits are all available in the Collection packs, which can be earned through special event challenges or purchased for 300 R6 Credits or 12500 Renown each.

The Merging Process bundle is also available in the store, and grants a signature weapon skin, a universal attachment skin, charm, and Operator card background. Note that individual Operator bundles are available for both the new organic skins and for the robotic skins that debuted in 2020; players who purchased bundles in 2020 will be granted the newly added corresponding Operator card for free. 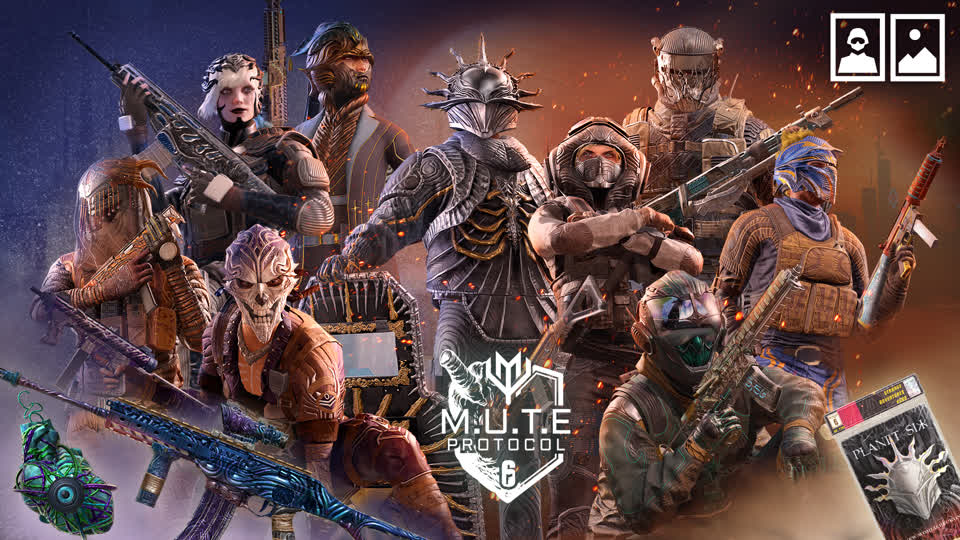 Rainbow Six Siege is available now on PS5, PS4, Xbox Series X|S, Xbox One, and PC through Ubisoft Connect and Stadia, and is included in a Ubisoft+ subscription. Read more about the Squad Up Reactivation Program, which rewards players for bringing former Siege players back into the game, and check out the Vector Glare Operator and gadget guide.