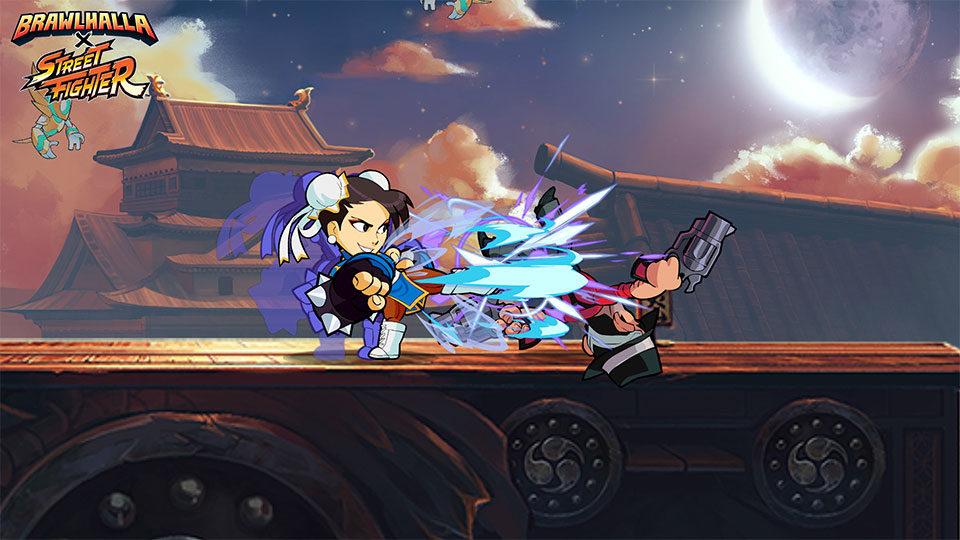 Brawlhalla kicks off one
of its biggest crossover events yet starting today, when three Street Fighter
characters join the Legends as Epic Crossovers, along with a new mode, map, and
more. Ryu, Chun-Li, and Akuma are now available as Epic Crossovers for Petra, Wu
Shang, and Val, respectively, and they’re bringing their classic moves to the
free-to-play platform-fighter. These include Ryu’s Hadoken, Shoryuken, and
Tatsumaki Senpukyaku; Chun-Li’s Spinning Bird Kick and Kikosho; and Akuma’s
Tatsumaki Zankukyaku and Zanku Hadoken, among others.

The event also adds a new game mode to Brawlhalla: Street Brawl, which lets
players experience Brawlhalla’s action through a Street Fighter lens, with one-on-one fights, health bars, and a best-of-three structure. Players can
also battle on the rooftops of Suzaku Castle (Ryu’s classic stage), and grab
other Street Fighter-inspired goodies, including a KO Effect, an Emote based on
Akuma’s Satsui no Hado victory pose, and a podium based on E. Honda’s classic
bath stage, Kapukon Yu. New avatars are available as well, featuring Zangief, a
Hadoken, the Shadaloo emblem, and an animated quarter-circle punch. All of the
Street Fighter content, including the Epic Crossovers, Suzaku Castle map, and
Street Brawl mode, will still be available to purchase and play once the event
is over.

Brawlhalla is available now on Xbox One, Xbox Series X|S, PS4, PS5, Switch, PC,
Mac, and mobile devices, and supports cross-play across all platforms. For more
on Brawlhalla, check out our dedicated news
hub.