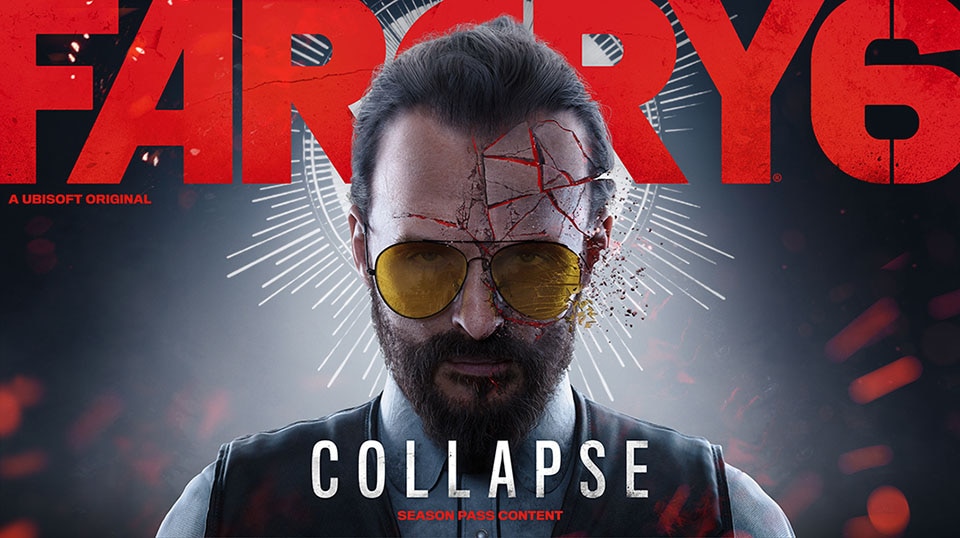 Joseph: Collapse, the third and final major DLC chapter for Far Cry 6, is available now, letting you play as Far Cry 5's ruthless cult leader, Joseph "The Father" Seed, as he confronts his dark past within the confines of his own tortured mind. Like the previous episodes, Vaas: Insanity and Pagan: Control, Joseph: Collapse is playable in co-op, with gameplay inspired by roguelites: Each time you die, you'll lose any cash, weapons, and items you were carrying.

Set in a twisted version of Hope County, Montana, Joseph: Collapse brings players into Joseph's mind after his faith has collapsed. He must face off against his former cult followers from The Project at Eden's Gate, confront his family members, and fight to conquer his inner demons. If you manage to stay alive and save up enough cash, you can spend it on better weapons, or unlock permanent traits that will help Joseph become stronger and allow you to dive deeper into his past.

Far Cry 6 owners can get Joseph: Collapse as part of the Season Pass, or as a separate purchase. If you own Joseph: Collapse, you can invite another Far Cry 6 player (on the same platform) to play co-op with you. And if they don't own the DLC, you can still team up with them in co-op using the Buddy Pass. To celebrate the launch, owners of Far Cry 6 can get 25% off the Season Pass during the Lunar New Year sale at the Ubisoft Store. And if you don't own Far Cry 6, you can get up to 40% off all editions of the game across all digital stores for a limited time.

Joseph: Collapse is now available to Far Cry 6 owners on Xbox One, Xbox Series X|S, PS4, PS5, PC, Stadia, and Amazon Luna, and is included with a Ubisoft+ subscription. For more on Far Cry 6, check out our dedicated news hub.