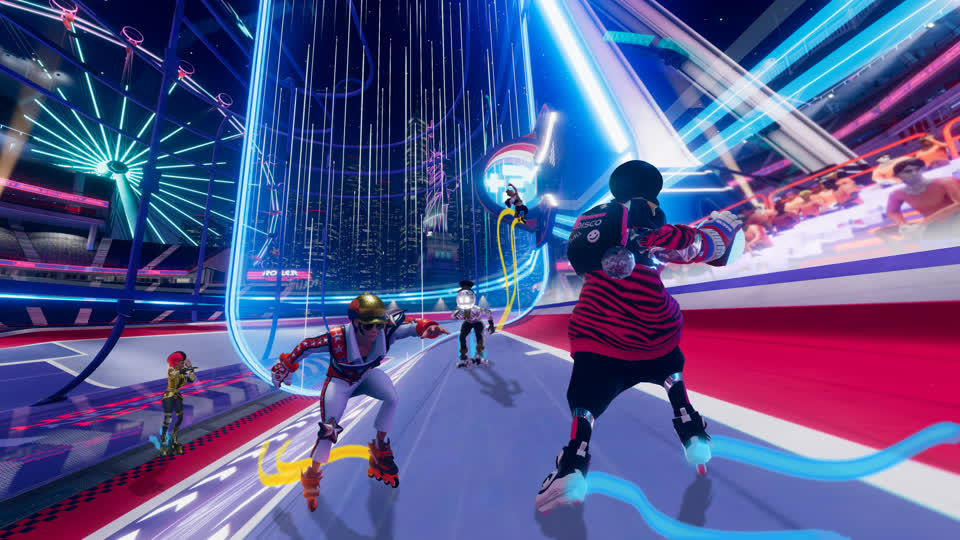 From Roller Champions to Rainbow Six Siege, Ubisoft has had a full week. Check out all the news from June 18-24 in this weekly roundup:

Groove up to glory in Roller Champions’ new Disco Fever season, available now. Disco Fever added one new rink and disco-themed items to the game, with two additional rinks, a new game mode, two minigames, and a special event coming later in the season. The season pass will also have 60 tiers, double the levels of the inaugural season, and brings a number of quality-of-life updates to the game. To learn more about the new season, Ubisoft News spoke with Roller Champions Product Marketing Manager Stéphane Drapeau. 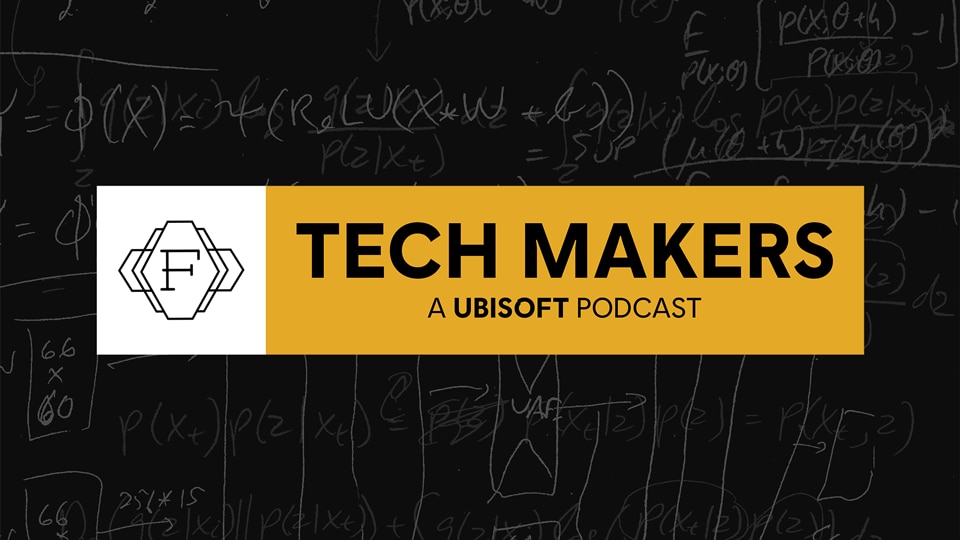 Ubisoft La Forge is celebrating its fifth anniversary with a podcast. Forging the Future is a five-episode series focused on Ubisoft La Forge's mission to develop new technologies and connect the worlds of games and science. Episode topics range from climate change to smarter bots in games - you'll have to listen to find out more. 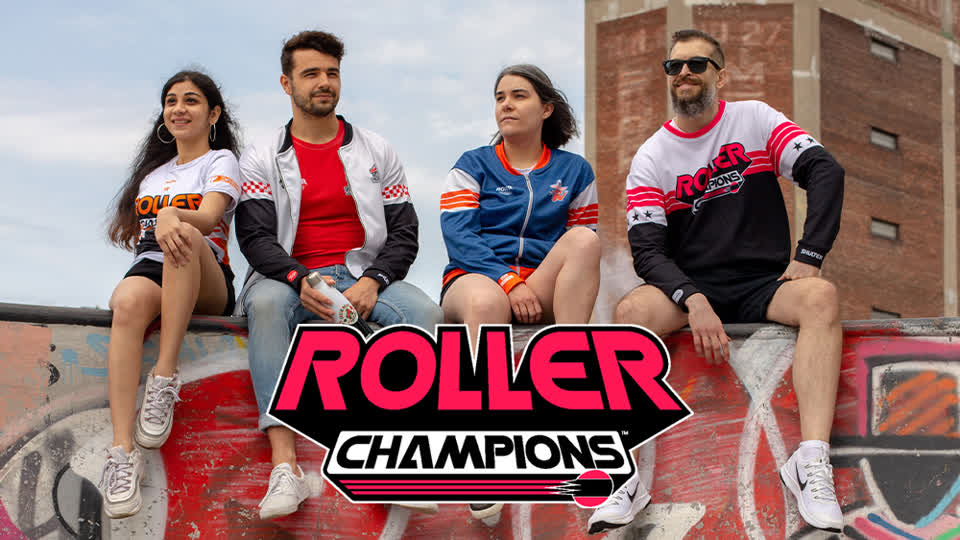 Roller Champions gives you a plethora of ways to dress up in the game, and now you can get some of that flair in the real world. The Roller Champions merchandise includes jerseys, shirts, hats, and more, each in one of three designs: classic Roller Champions, the Fresh Meat label, and in-game sponsor Umisan. There are even options to customize your jersey to have your gamertag on the back. 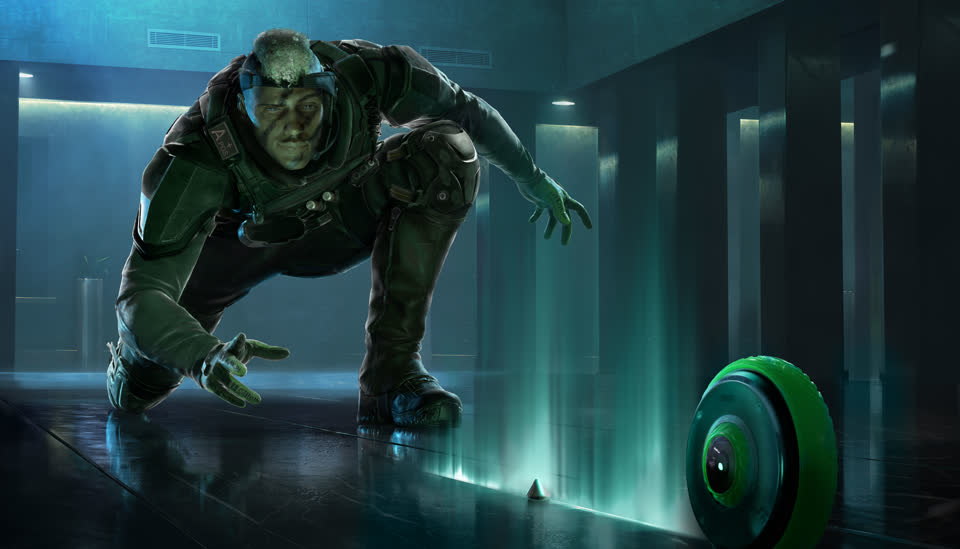 Whether you're a new player or an existing one, Rainbow Six Siege has rewards for you. From now until June 27, you can play Rainbow Six Siege for free. The new Vector Glare season also kicked off the Squad Up Reactivation Program, which rewards players for bringing inactive teammates back into the game. Just play five matches with four friends who haven't yet played Year 7 to get free Operators, a new weapon skin, and more.

Get Up to 80% Off Ubisoft Games During the Summer Sale 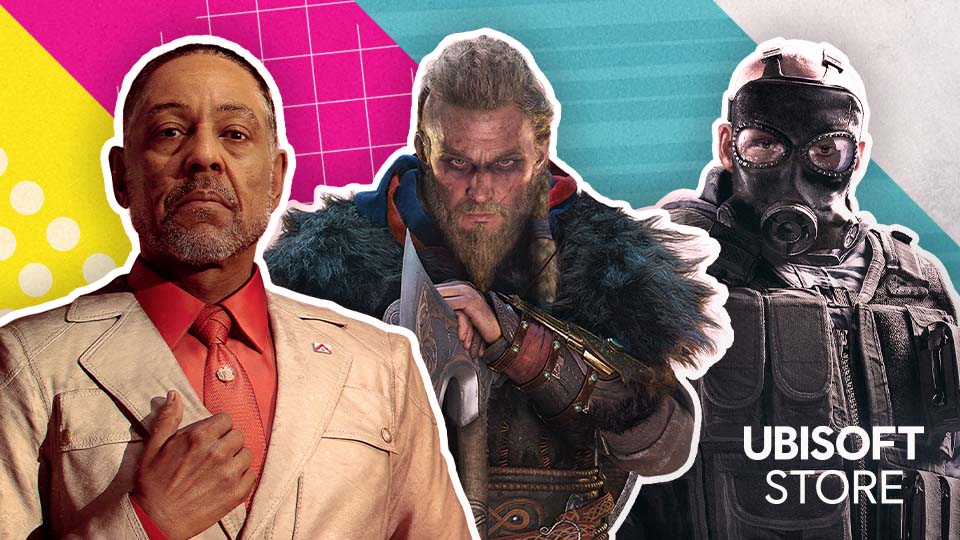 Summer is here, which can only mean one thing: You can get up to 80% off Ubisoft games during the Ubisoft Store's Summer Sale. Some of the titles include Far Cry 6, Rainbow Six Siege, and Anno 1800, and your purchases can earn Ubisoft Wallet Rewards or a 20% off coupon.

On June 21, Ubisoft announced that the next Rainbow Six Major would take place in Berlin from August 15-21. The final three days of the event will host a live audience - you can get your tickets today.

Brittany Spurlin, Writer/Editor: Have you ever wanted to live the life of a Viking explorer, traversing a new world ripe with discovery and adventure - while eliminating members of an organization that threatens humanity's freedom? Look no further than Assassin's Creed Valhalla. A continuation of the Assassin's Creed franchise story, Valhalla expands on the conflict between the Order of the Ancients and the Hidden Ones in their early days, set in the backdrop of ninth-century England. Eivor's story is gripping, and the choices you make can have a lasting effect on the surrounding characters in the narrative. Plus, being able to build up your Settlement and raid the countryside with your handpicked longship crew adds more texture to the Assassin's Creed experience, allowing you to be fully immersed and invested in the world you build. The game even lets you step into a world of mythology, incorporating classic tales of Norse legend into gameplay. You can play Assassin's Creed Valhalla today with a Ubisoft+ subscription.

In addition to the new Disco Fever content, the Roller Champions update brought several gameplay improvements to the rink.

Rainbow Six Extraction also released an update on June 22, sending a number of fixes into the game.

For Honor deployed patch update 2.36.2 on June 23. The download is 7.6MB, and brings a number of improvements and bug fixes to the game.

Fangwild has returned to Brawlhalla, bringing with it a new update containing a new Battle pass, gameplay improvements, and bug fixes.