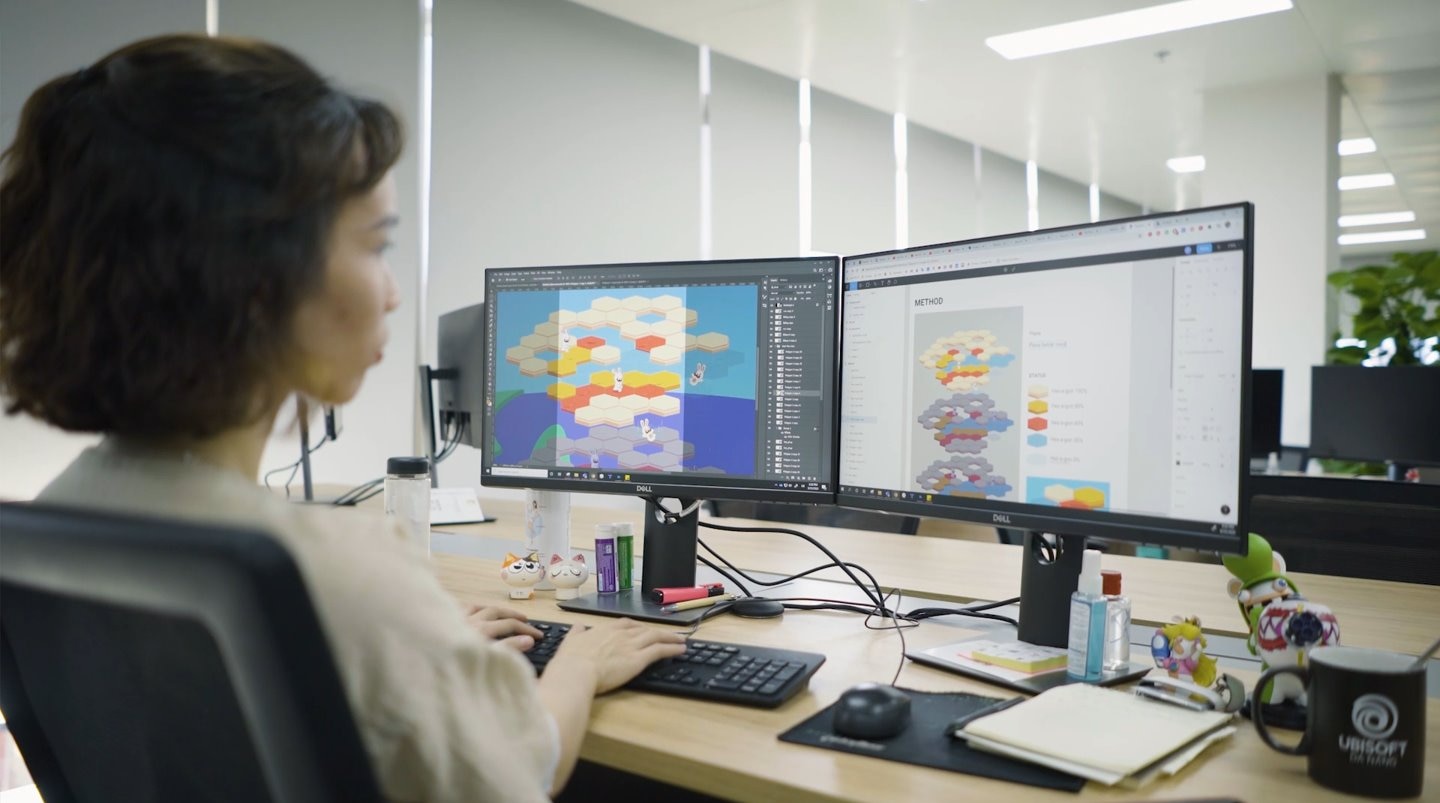 The 2021 New Year festivities are still ongoing at Ubisoft, as studios around the world are connecting to share their local culture with Ubisoft’s global community. This year, Ubisoft is adding a new tradition to its festivities calendar, as its new Vietnamese studio in Da Nang looks forward to its first-ever celebration of the Tết festival, or Vietnamese New Year.

Underneath the paper lanterns and the shimmering red-and-gold garlands, the múa lân (Vietnamese lion) is warming up for a parade, and Da Nang team members from Vietnam and nine other nationalities are getting ready to celebrate our first year of collaboration and common achievements since the studio’s opening in April 2020. As the studio is also approaching its first anniversary, we asked HR Manager Pham Thi Hien Thu, Product Manager Luu Minh Duc, and Content Director Alexis Denance to share their experiences from the past 10 months, and their take on the future of Ubisoft in Vietnam.

__Happy New Year! Ubisoft Da Nang studio opened its doors one year ago; what has been the feedback from Vietnamese professionals? __

Pham Thi Hien Thu: Chúc mừng năm mới! Vietnam is a young and dynamic country, where there is an abundance of creative and technical talents. A lot of studios in creative industries have opened and flourished here in the last few years, and Ubisoft is arriving at the right moment to run a fully operational studio, not only to outsource.

The opening of a Ubisoft studio in Da Nang has been welcomed by many from all over the country! We have received more than 2,000 resumes organically, and a lot of our team members have relocated from Hanoi and Ho Chi Minh City to join us in Da Nang, where the quality of life is known as one of the best in Asia. Many have told us that working for Ubisoft was a longtime aspiration, and we have welcomed industry experts as well as promising young talents. We were able to build up and ramp up the studio even through the challenges of the pandemic, which was remarkably well-managed by the local authorities. We are a very attractive company to graduates and local millennials, who are very excited by the opportunity to work with their favorite Ubisoft brands. 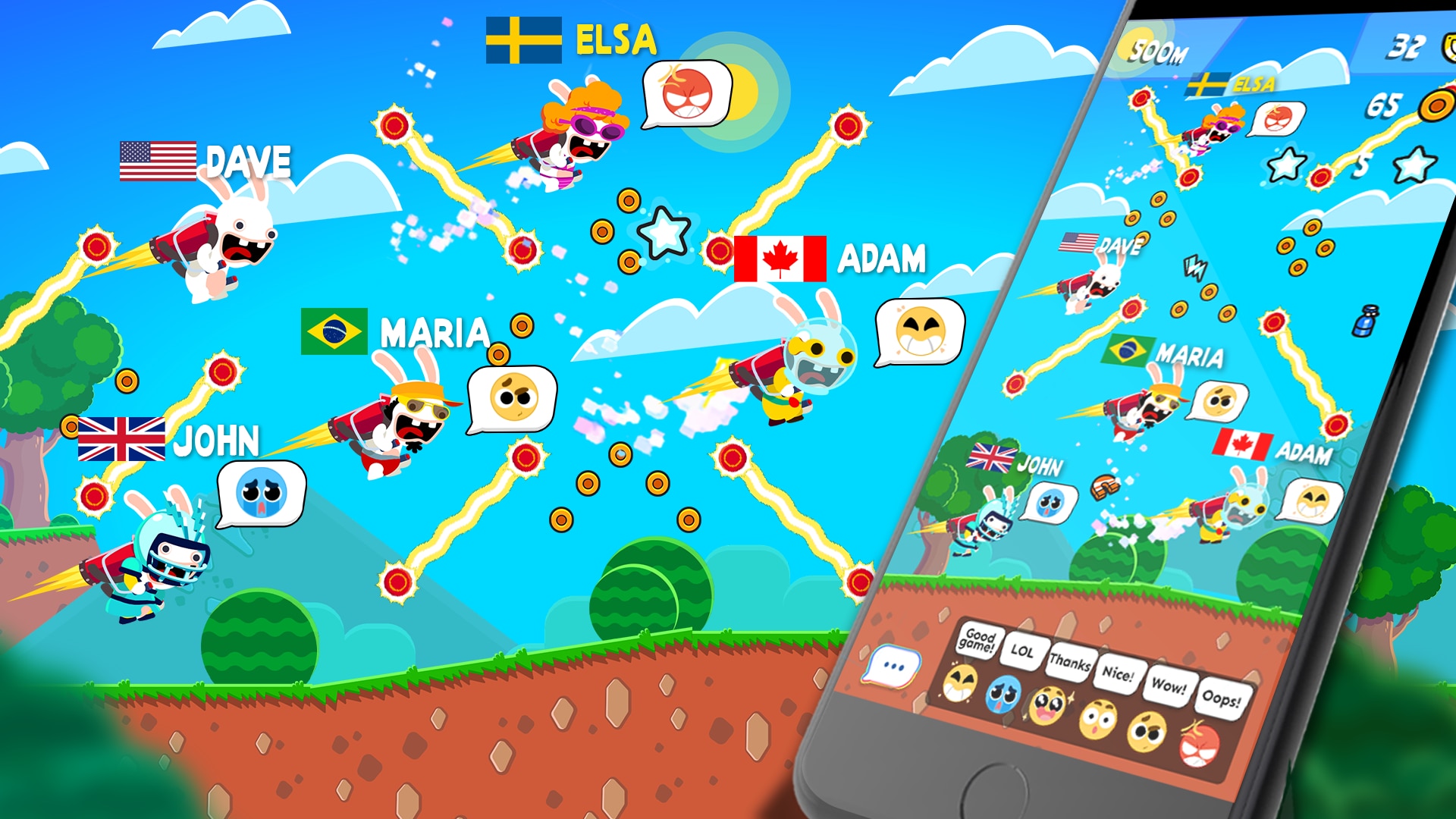 __What kind of roles is the studio hiring for now, and how do you find them in Vietnam? __

PTHT: Vietnam has a young population, and sees 50,000 students graduate from IT programs every year. We are working with local universities and job fairs, and the local authorities and media are also very supportive, as they are striving to develop the tech sector locally. There is an immense pool of very skilled engineers and artists, and since the videogame industry is in its early stages, the more challenging part is finding industry specialists in game design or live operations, for example. We are also bringing international experts to help develop the important knowledge and skills needed for creating games. We already have 10 different nationalities in the studio, and we’re actively recruiting in all areas: game designers, artists, developers, and more. We currently have more than 20 job openings for junior and senior positions. Above all, we are looking for team players who want to join the team, take on challenges, and create the unknown together – and since this is Da Nang, be ready explore, celebrate, and taste the unknown as well!

__Since its opening, Ubisoft Da Nang has been focused on pioneering a new segment for Ubisoft – HTML5 Social Gaming – with Ubisoft Nano. How is this mission going? __

Luu Minh Duc: It’s an exciting challenge indeed! The social-gaming segment is booming, and HTML5 allows us to develop games for an incredibly broad crowd. The big idea is accessibility; HTML5 games can be embedded in any native app or website, so it allows our brands to reach massive and previously untapped audiences on PC and mobile, and introduce the huge communities of web gamers on growing web portals such as Poki or Crazygames to Ubisoft worlds and franchises. We’re playing with a technology that allows us to make our games technically able to run everywhere, from the web to social apps to native app stores, even on in-flight entertainment systems!

We have already developed and deployed three games on the web which are being played by over five million players: Rabbids Wild Race, Trackmania Blitz, and Hungry Shark Arena, and we are starting deployment on big social apps, which are showing strong growth in this field. We are now deploying on dozens of major platforms, for example, on Douyin, the Chinese version of TikTok; VK, the most important Russian social network; and we will soon be playable on western platforms as well, such as Facebook, Snapchat, etc.

It’s really rewarding for a development studio to be able to face its market so directly, interact with the players and the community so closely. This is extremely challenging as well since we have to support all kinds of devices, screen sizes, and specs, and most importantly, our games must be playable and enjoyable by everyone. 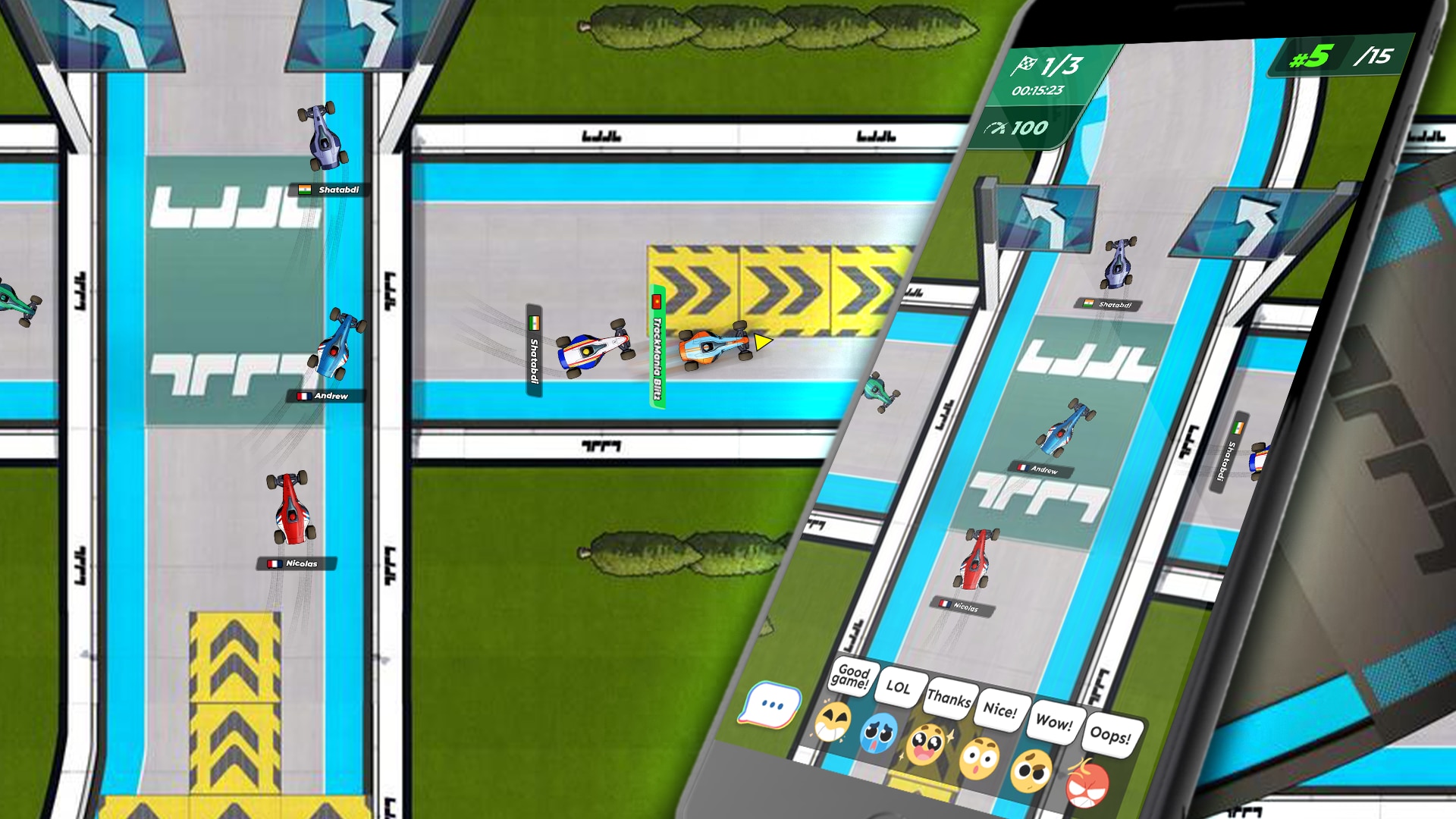 LMD: The HTML5 games segment shows strong growth potential. During this first season, we were focused on finding the right people, and building teams that are willing to really make a difference. Now we’re focused on building our pipelines of deployment, cross-game features, and building the tools to support the release of about 10 Ubisoft Nano games a year – all social multiplayer games that monetize via advertising and are based on Ubisoft IPs. Making games that are playable and enjoyable everywhere is Ubisoft Nano ‘s best weapon to respond to the hyperfragmentation of this segment.

We are now focusing on deploying the first season of Ubisoft Nano titles across the globe. We have already welcomed 5 million players to the three games that we have released on multiple platforms.

Then of course we are working on the second season of Ubisoft Nano with 3 new games, leveraging some of Ubisoft’s most iconic franchises. These are going live in soft launch on our nano website by the end of March.

More than developing a growing collection of games, we are going to reveal a new system of real prizes that can be won, a Ubisoft Nano app on mobile devices and a brand-new website. 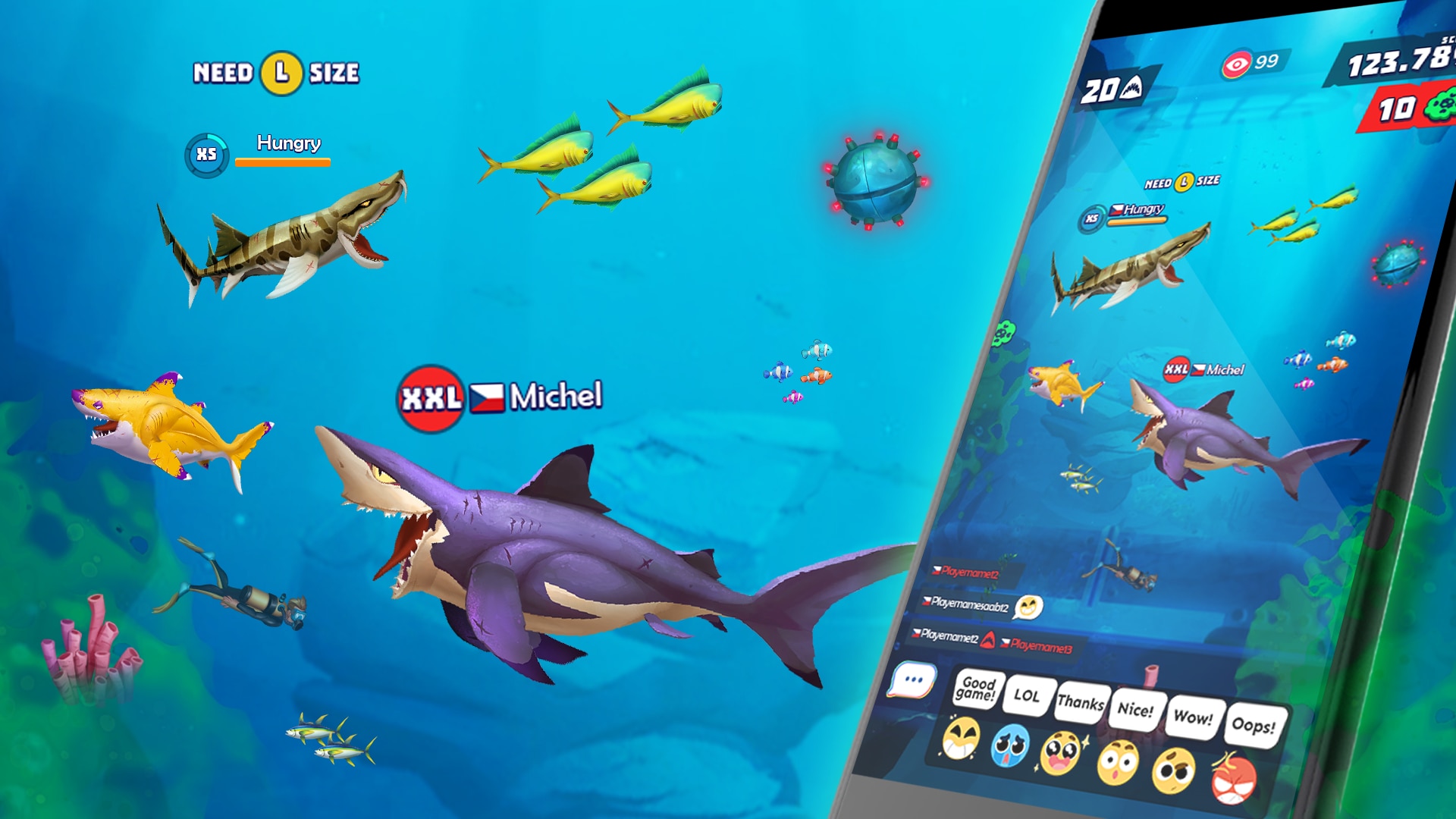 __We heard that you might be working on an ambitious console/PC project as well. Care to tell us more? __

Alexis Denance: We can't reveal much, as we are in the early stages of the conception phase, and we are still recruiting for our core team. We’re looking for promising talent to proceed in the best conditions.

It’s still a dream, but it’s a great chance to work on such a project in Vietnam. One of Vietnam’s key strengths is art, due to decades of providing outsourced work for many AAA franchises. The country also counts top-notch engineers after the opening of more universities and engineering schools. And it’s also a very attractive destination for talent from all over the world!

That being said, it’s still a little early to confirm this project as we’re just in the conception phases, but we hope to have more to share on it in the future.

__What’s the ambition for this new studio? __

AD: With our presence in Vietnam, we aim to be an active part of bringing the Vietnamese videogame industry to the next level, and it’s a great step forward for the local industry that Ubisoft is now part of the landscape. We’re very proud to have been able to set up an innovative studio performing in a booming segment, and we want to keep the energy high to remain at the vanguard of the industry, and remain the lead studio on the projects we’re working on.
Ubisoft is here to build and develop the video game creative force in Vietnam and we foresee great potential in Vietnam and our team for the years to come.

We really hope that carrying such ambitious projects, with Ubisoft’s high standards of quality, is going to help lift up the local industry and put Vietnam on the world map of videogames. We hope to make it a significant year for both the Vietnamese game industry and for Ubisoft. Follow us on our Facebook page to stay up-to-date and for now...Chúc mừng năm mới!