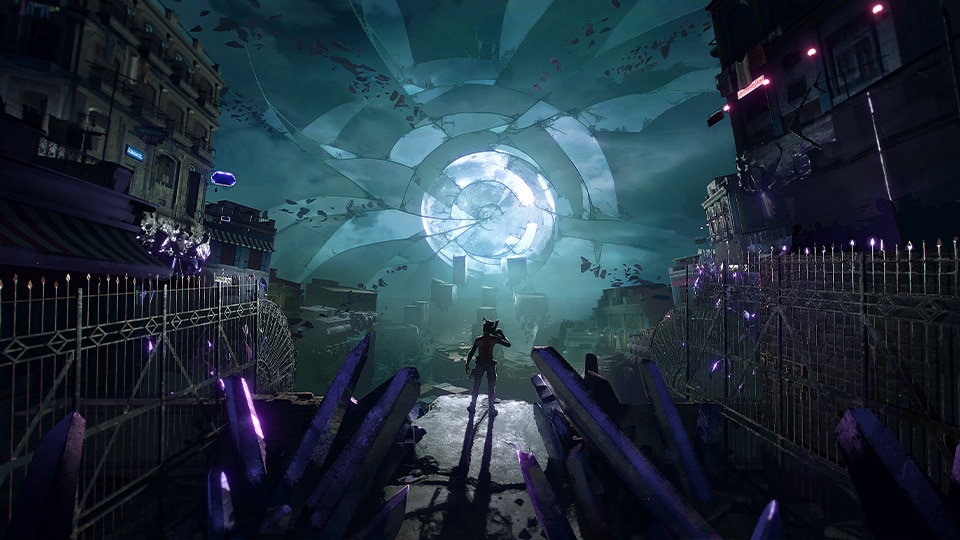 Lost Between Worlds is a new expansion for Far Cry 6 coming out on December 6 that transports players to an otherworldly dimension full of fractured worlds called rifts, each a twisted slice of Yara full of surprises, dangers, and diverse gameplay challenges. Playing as Dani Rojas, players will scramble down an active volcano in one rift, navigate a submerged version of Esperanza prowled by sharks in another, and race to stay ahead of a deadly lightning storm in a third, to name just a few. Along the way, they will unlock new weapons and abilities as they fight crystalline enemies in their quest to collect lost shards and earn powerful gear that will bring them closer to escape. Across multiple runs, players will choose different paths from rift to rift and develop an uneasy alliance with Fai, the strange, sardonic artificial intelligence whose spacecraft created the rifts.

Lost Between Worlds will be available starting December 6 as a standalone add-on purchase for only $19.99 and as part of the Upgrade Pass, which also includes the Far Cry 6 Season Pass with the DLC episodes in which you play as infamous Far Cry villains. The expansion will be available on Xbox Series X|S, Xbox One, PS5, PS4, Luna, PC through Ubisoft Connect, and is included in a Ubisoft+ subscription.

Far Cry 6 also received a free update today which delivers New Game Plus, a chance for players to start their fight to liberate Yara anew after completing the campaign, keeping their game progression and unlocks. A Completionist Aid feature has also been added to help players seek out all of Yara's hidden secrets. And finally, a Free Trial is now available on Xbox Series X|S, Xbox One, PS5, PS4, and PC through Ubisoft Connect. This allows players to explore and adventure through the Isla Santuario region in the early days of Dani Rojas' fight against Antón Castillo, and players will keep their progression if they decide to purchase Far Cry 6 (currently on sale for up to 67% off) and continue the fight.

Learn more about the Lost Between Worlds expansion for Far Cry 6 in the full reveal video embedded above, and get ready to dive into Yara like you've never seen it before on December 6.