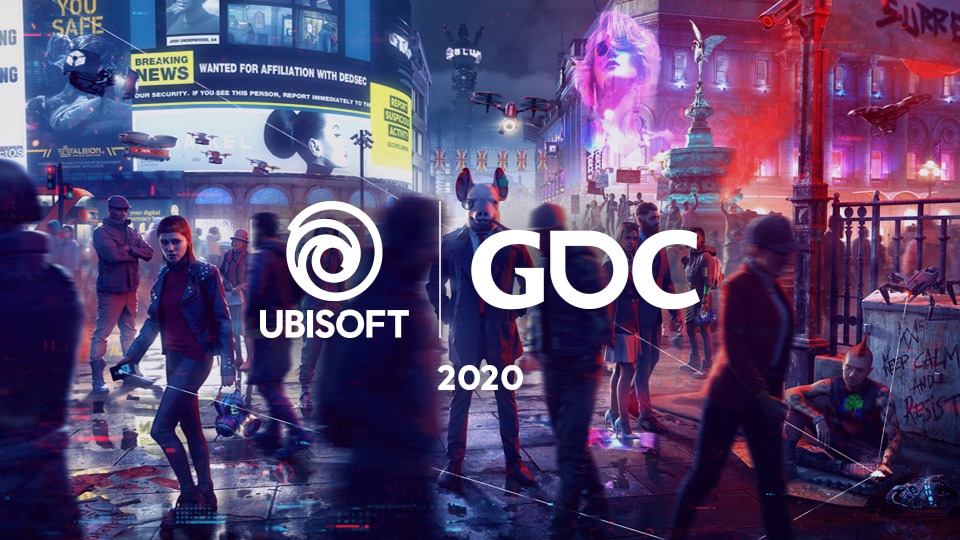 The 2020 Game Developers Conference has been postponed until this summer, but you can now watch six talks by Ubisoft developers that were originally planned only for conference attendees. Focusing on topics that range from advances in AI technology to workflow organization and sound recording, these talks are a chance to get a peek into industry trends, as well as to learn more about the kinds of tools, tech, and issues our developers encounter.

The six talks you’ll be able to view are as follows:

These talks will also be available on the GDC Vault later in April.

GDC is held annually in March, and gathers more than 30,000 game developers including programmers, artists, producers, game designers, and business leaders. The gathering encourages collaboration and exchanging ideas to solve issues, while working to shape the future of the industry across five days of education, inspiration, and networking. Before this year’s event was postponed, more than 750 presentations were planned, 22 of which were crafted by Ubisoft studios. Studios including Ubisoft Montreal, Massive, Redstorm, Québec, Toronto, Montpellier, and Mobile all worked to showcase their expertise on a variety of game-development topics.

For more on Ubisoft, including upcoming plans for GDC, check out our news from inside Ubisoft.