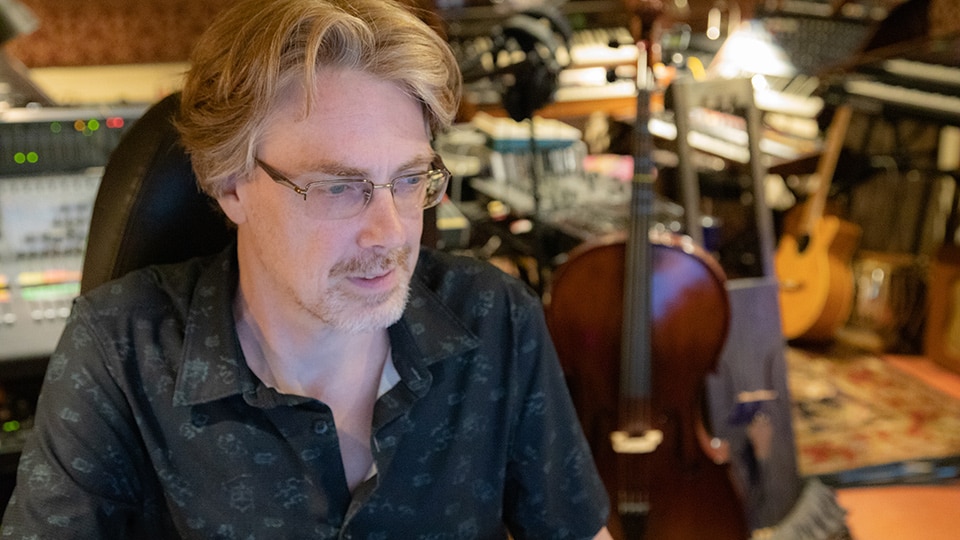 BAFTA award-winning composer Jesper Kyd, one of the three composers who worked on the soundtrack of Assassin’s Creed Valhalla, appears on two new episodes of Ubisoft’s Game Makers podcast to talk about his creative process. This is a return to the series for Kyd, who composed the music for the first four games in the franchise, and is well known for having created one of Assassin’s Creed’s most iconic tracks, “Ezio’s Family.”

During the podcast episodes, Kyd tells us more about his approach to creating Viking-themed music for Assassin’s Creed Valhalla. He guides us along his creative process for two tracks: “Kingdom of Wessex,” which is influenced by the game’s setting in England; as well as his reimagined, Viking version of “Ezio’s Family.”

To write “Kingdom of Wessex,” Kyd used ancient Norse instruments as a starting point, but also incorporated a modern guitar riff and some special effects, including acoustic reverb. For Kyd, using intertwined male and female voices in this track was a way to represent the duality of the Viking and Anglo-Saxon cultures meeting in the game. It also mirrors the possibility of playing the game as a female and male version of the main character, Eivor.

Kyd wrote “Ezio’s Family – Ascending to Valhalla” more than 10 years after creating the original track for Assassin’s Creed 2. This new version takes the song’s immediately recognizable melody and transposes it into the Viking age. In the second part of the song, Kyd breaks away from the melody to create a moment of weightlessness, before introducing heavily layered voices and murmuring sounds that speak to the theme of ascending to Valhalla and joining Odin as a famed warrior in the afterlife.

Did you miss the previous episodes of this series with Einar Selvik and Sarah Schachner? Have a listen on your preferred podcast app, and subscribe to Game Makers so you don’t miss any new episodes!