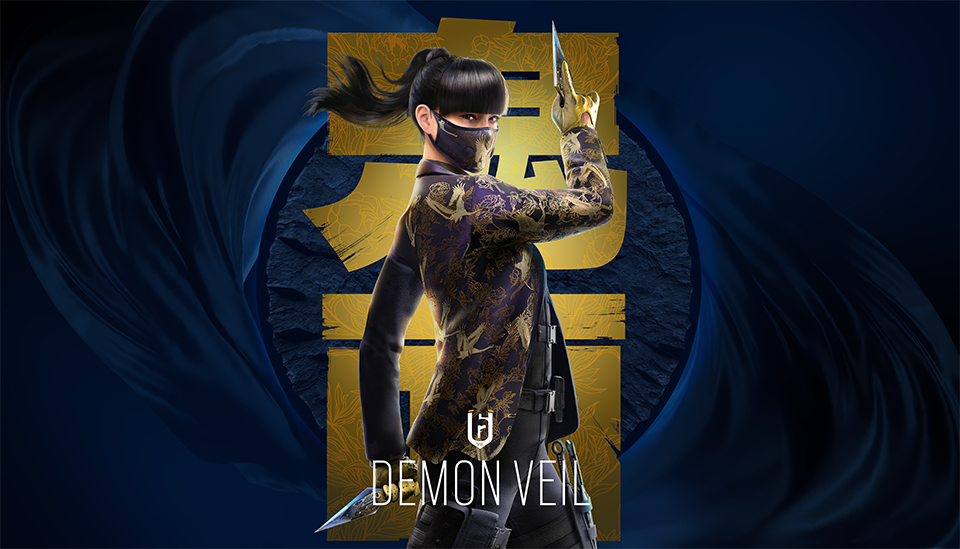 Demon Veil, the first season of Year 7 of Rainbow Six Siege, has launched, bringing with it a new mode, a new Operator, and a host of new updates. Azami is a new Defender who hails from Japan and wields the Kiba Barrier gadget, which allows her to deploy bulletproof cover at range; read more about her in our Demon Veil Operator and Gadget Guide. She is obtainable now through the premium track of the Demon Veil Battle Pass, which is available for standalone purchase or as part of the Year 7 Pass.

Team Deathmatch is also live, allowing players to warm up their gun and grenade skills in fast-paced firefights where there are no gadgets or reinforcements, and you can respawn upon death. The Attacker Repick feature is also available now during the Prep Phase, so Attackers can change their Operator pick to adapt to what they learn during drone scouting.

Other free Demon Veil updates for all players include a rework for Goyo’s gadget (his incendiary canister is no longer attached to a deployable shield), universal 1x sights (all models available on all compatible guns), new player protections (linked phone number required to play Ranked playlist), the arrival of Match Replay on consoles, and a new incentive program for reporting issues at R6fix.ubi.com. Furthermore, a new map called Emerald Plains will be arriving midway through the season.

To keep up with the latest, bookmark our Rainbow Six Siege news hub.