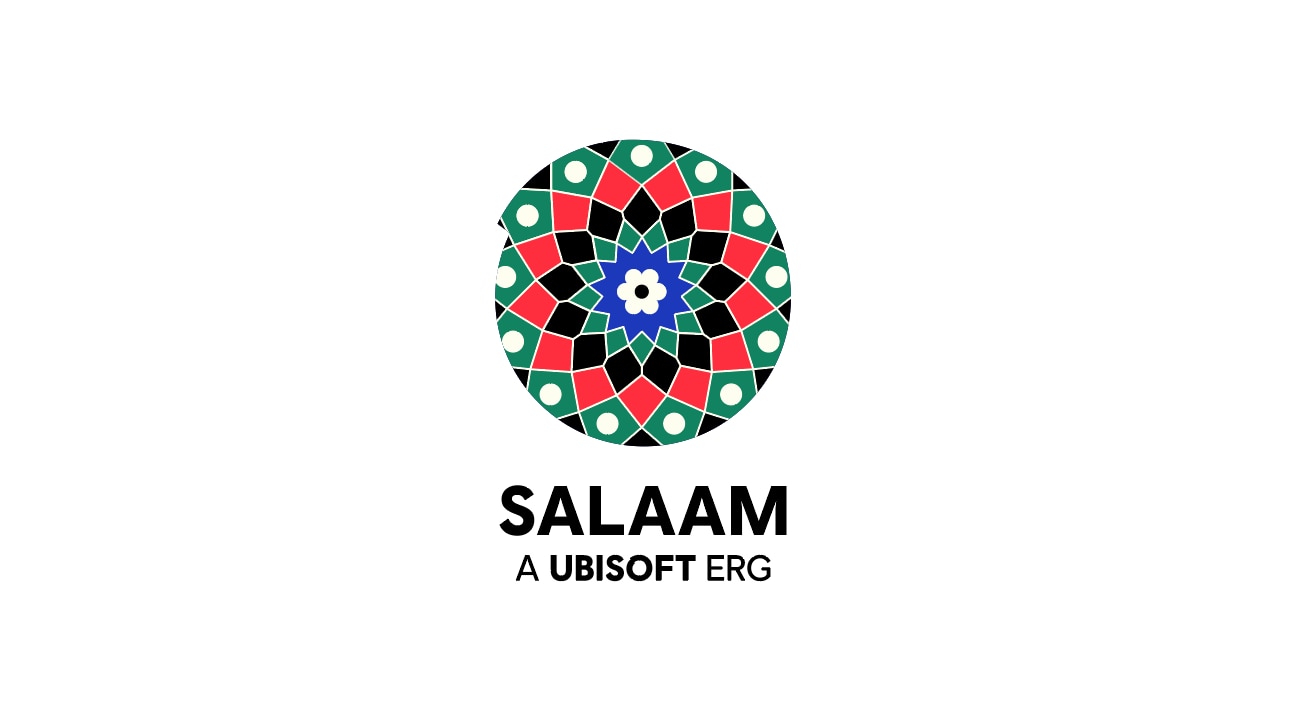 April is Arab Heritage Month, a month that recognizes and celebrates the people and culture of the Middle East and North Africa (MENA). Leading the way in the celebration of the month is one of Ubisoft's newest employee resource groups (ERGs), Salaam. Much like the Black Employees at Ubisoft (B.E.A.U.), Women and Non-binary Employees at Ubisoft, and Neurodiverse Employees at Ubisoft ERGs, Salaam is led and organized entirely by employees. To learn more about it, we spoke with Salaam's leader, Kareem El-Baradie. 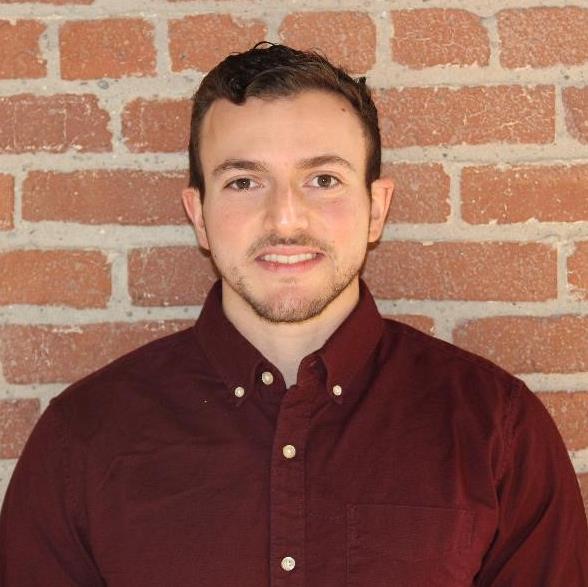 Tell us a bit about the Salaam ERG. How did it get started? What are its goals?

Kareem El-Baradie: Salaam is an employee resource group that aims to empower those of Middle Eastern and North African identity within the videogame industry. We hope to do that by supporting the growth and development of employees, and supporting initiatives internally with employees and allies within Ubisoft. The biggest goal for me personally is to increase the videogame industry's cultural competency with the MENA identity so that we can play a larger role in videogames.

We were initially the South Asian and Middle Eastern (SAME) ERG, and we were based out of Toronto. When the D&I team started growing, we eventually transitioned to a global ERG platform. We realized that our ERG overlapped with the Asian and Pacific Islander ERG, which also encompasses South Asian communities. So at that point, we sat with them and discussed the best way to move forward. We felt that the issues our communities faced were different and our goals were unique, so for that reason, we decided to focus primarily on the North African and Middle Eastern identities that both [co-leader] Amelie Hussein and I identify with. We felt that it was best to focus there, and that's how the Salaam ERG started.

Why was this something that you wanted to take on and lead?

KE: For me, it's really important for a couple reasons. The first is that when you discuss minorities in the US especially, when you look at statistics with regards to kind of the challenges minorities face, Middle Eastern and North African individuals aren't even a category. That was the biggest pushing point for me: Not even being considered a minority made us feel othered, like we weren't American, and that was really one of the reasons why I wanted to push and bring our issues to the forefront because, of course, Middle Eastern and North African people have faced a lot of xenophobia, especially in the last 20 years. These issues are real, and people are affected by them.

This spreads further into videogames, where we tend to be the people you shoot at, rather than the people who shoot. The industry is taking steps to improve with protagonists being of Arab descent but the depiction of the setting or other elements still play to the stereotype of a war-torn desert country, with no differentiation between Middle Eastern and South Asian Cultures. With more of us in position to make decisions and input in the types of games we make, we're able to continue this journey towards representing our cultures with a more thorough and fuller picture.

I think people in the West are very unfamiliar with the culture of the Middle East and North Africa; how deep it is, how vibrant it is. My sister is in high school, and she's still able to convince her friends that our cousins ride camels (laughs). The fact that this is still a conversation we're having when we have the internet means that there's still a lot of work to do. I think the internet has done a great job in connecting everyone, but we are here to ensure that the stories are told properly, and people have a good understanding.

What sort of programming is available for members?

KE: Given that we're a newly established ERG, we're really getting things started, to be completely honest. Our focus now is developing the community - building the personal network and establishing those social connections amongst the ERG. That goes into the structure of the group as well. We're still defining individual goals and what we want to achieve as a group. We have hopes and initiatives in mind, but it's something we want the community to drive forward.

The main pillars of any ERG are community, culture, and career. We're looking at each pillar and hoping to develop a mentorship program to accelerate people into positions and help them achieve their career goals and increase our voice in the industry. On the community side, the goal right now is to build networks to establish those connections - there are many of us, but we don't know each other! In our everyday work life, interacting with people from backgrounds that are different from ours, we tend not to reflect on our own culture as much. So, bringing us together, I think, empowers us all to be prouder and be more open about our experiences and our culture. Lastly on the culture side, I'd love to get to the point that we can support the D&I or HR teams on initiatives for occupational needs, such as dedicated spaces, or changes to work hours to accommodate religious or cultural needs.

Why do you think ERGs are important?

KE: I think it's because we now have a greater understanding of the need for diversity and inclusion in companies, and especially in video games. For me, when I think about it, I really think about it in terms of video games: They're the most immersive form of storytelling. I think we're all here because we love video games, and we all feel connected and attached to these stories, these people, these characters, these locations. So I think to do the best job we can, we have to really encapsulate these communities - and, of course, video games are for a global audience, so we have to ensure that we properly represent all of these aspects. The way we do that is by empowering the voices within the company who have those experiences to share them, and to bring them to the forefront, and base things off experiences rather than stereotypes. I think in the end it makes for better products. And when it comes to building a company where people feel safe and their voices are heard, it's hard to speak out if you feel like the people you're speaking to don't understand you - so we want to build a place where we have a better understanding of each other and our backgrounds. I think that's one of the roles of ERGs, too.

When it comes to educating and informing people, how do you do that, exactly? How do you present the fact that all Middle Eastern and North African folks aren't a monolith?

KE: It's tough. I think about it a lot and wonder, "are internal posts enough?" That's something we will start with; I think it's a good starting point just to get our toes wet, just to share diverse experiences from the teams. This month is Arab Heritage Month, which Ubisoft is acknowledging and it's awesome. And through that, we hope to relay personal experiences of people, like, "What does Ramadan mean to them?" How does it go beyond religion into community and cultural experiences?

I think that's something that's very important to share. It's through personal experiences that people connect with others through empathy, and I think having that understanding makes them want to know more, and eventually the hope is that we get to something like what we've seen from the Black Employees At Ubisoft (B.E.A.U.) ERG, who have done some amazing work that we strive to follow.

Why should someone join the Salaam ERG?

KE: I want to make it clear: We're not for a specific group within MENA, we're for everyone. Regardless of your faith, regardless of where you come from, if you feel associated with those cultures, you're welcome, please join us! We picked the name Salaam because it's a greeting; when you meet somebody, you say "as-salamu alaikum" which means "peace be upon you." It's something we really want; we want to be open, we want to be welcoming, we want people to feel included.

Our hope is to empower them and to serve them. If there's anything they're looking for, anything they want or need to express themselves, we're a good platform for that, and we'll do what we can to support them in all their goals.

What kind of support has Ubisoft given Salaam?

KE: When we first started, we were faced with this huge task, and were like, "OK, where do we start? Do we go with events? Should we start defining a road map that goes for five years?" And it was good, because Ubisoft provided us with a framework and clear structure, and also took a load off of our shoulders. They told us, "Just focus on building your community."

Knowing that you are at the beginning of this journey, is there anything you're looking forward to doing in the future? Anything you're hoping to accomplish?

KE: Yeah, definitely. I look to the example of B.E.A.U. and Women and Non-binary ERGs, and the goal of having more panels to look both internally and externally towards the industry as a whole, to help build a presence, and maybe even a series of panels and conferences. It would be great to really connect the community in that manner across all studios.

Do you have any advice for someone looking to start an ERG of their own?

KE: You know, I think what's really important is focusing on your values. That's how I kind of carry myself forward in life. Define your values and base it off that, and then really drive what you hope to accomplish from there. Don't concern yourself with huge things; really start small, start on building a community based on those values, and ensure that as people come in, they add their own piece to it, their own values, their expectations, what they're comfortable with. Because at the end of the day, it's a community.

For more about ERGs at Ubisoft, be sure to check out this interview with the leads of the Neurodiversity ERG, Black Employees at Ubisoft (B.E.A.U.) ERG, and Women and Non-binary ERG.