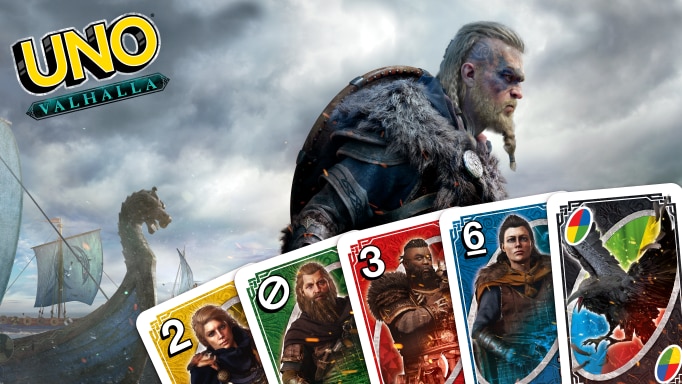 Today, UNO welcomes Ubisoft's favorite Viking, Eivor, to the fold in a crossover inspired by Assassin's Creed Valhalla. UNO's Valhalla DLC brings the board into play for the first time in the game's history, as players must use their hand to explore, collect resources, and battle other players for victory. In these card fights, players can use precious cargo to unlock perks that allow them to slow down opponents. The new resources can also unlock the Longboat passive effect, allowing players to discard many cards at once.

UNO Valhalla also incorporates new types of gameplay within the game in the form of random events, such as Glory Regained. In this event, players can raid opponents to steal two pieces of cargo. The DLC also adds a new card to the UNO deck: Eivor's Raven, which allows players to travel to any area of the board to claim a reward.

UNO, as well as the Valhalla DLC, is available for purchase on Xbox One, PS4, Switch, Stadia, and PC, and is playable on Xbox Series X|S and PS5 through backwards compatibility. To learn more about other UNO collaborations, check out its 50th Anniversary and Immortals Fenyx Rising DLCs.