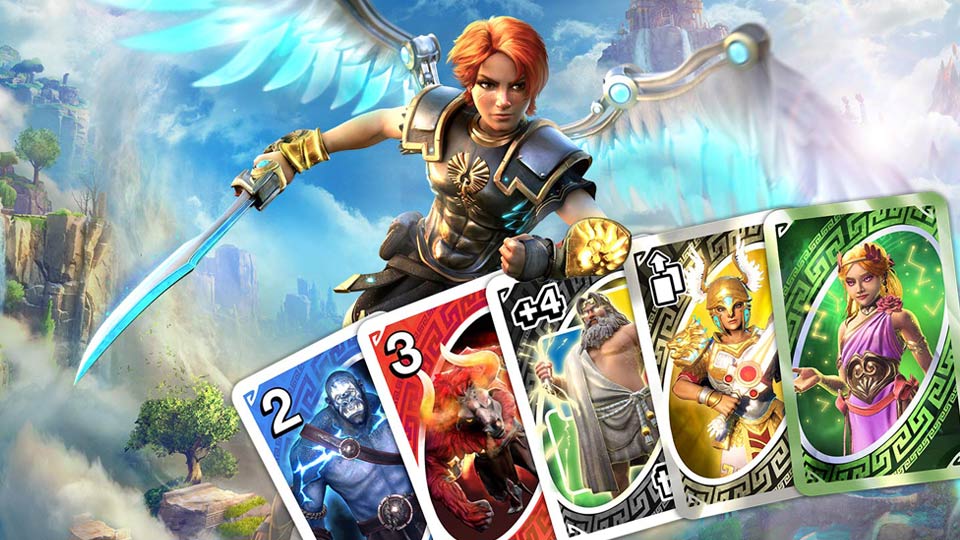 Immortals Fenyx Rising launched its own DLC today, but UNO’s getting in on the party to celebrate with Fenyx-themed DLC of its own. Fenyx’s Quest, available now on PS4, Xbox One, Switch, and PC (and coming soon to Stadia), introduces a new board inspired by the Golden Isle, along with themed cards and music from Immortals Fenyx Rising.

Games of Fenyx Quest begin with a special twist: players will be able to free one of four gods from Typhon’s curse, granting them a passive blessing. Free Hephaistos, and you’ll be able to discard all cards of a specific color for every three cards played. Athena lets you discard a random card after an opponent draws, and Ares discards two random cards when a card of the same color is played. And Aphrodite makes you immune to all damage dealt by Typhon.

UNO is available now on PS4, Xbox One, Switch, PC, and Stadia; is included with a Ubisoft+ subscription; and is backwards-compatible on PS5 and Xbox Series X | S. For more Ubisoft announcements, visit our Ubisoft News hub.