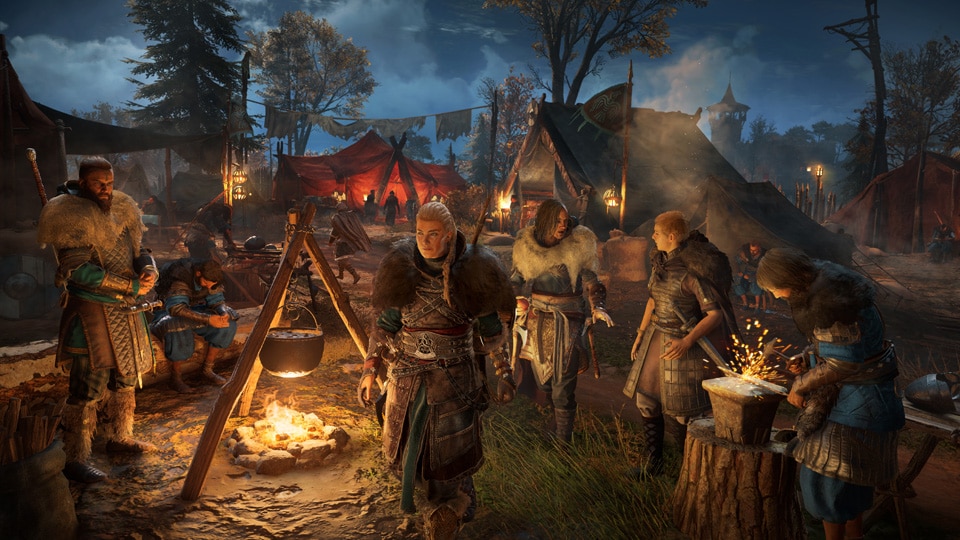 A core set of options is available to all when booting up the game for the first time to enable a smooth experience from the outset.

"We’re pretty proud of the ‘multiple methods to navigate menus’ option,” says Brownrigg. “Even as the developers, we realize how the free cursor was frustrating in some menus. We’ve been thinking about this since Assassin’s Creed Origins, so we’re pleased that we’ve been able to achieve this. But just having several ways for users to navigate ultimately benefits everyone."

"For controller remapping, we had a good foundation with Assassin’s Creed Odyssey as well,” says Murcia. “The team has tried to improve some aspects of it, and we’ve also added things like being able to swap [the left and right] sticks, which was a community-requested feature."

"For an open-world game, you have a lot of components that are a part of the experience, and we thought it was natural to allow the player to really tweak those three aspects – fighting, stealth, and exploration – of the game," says Murcia. "We also added a small tweak to the gameplay for some cognitive feedback that helps you assassinate targets [with a guaranteed assassination]. It’s a small option, but it’s big for players who are struggling with stealth or are getting frustrated."

Secrets are Revealed when Syncronizing Viewpoints

Improved Clarity in Save Menus

"A big topic for us was menu font size. One of our frustrations with Assassin’s Creed Origins was that we realized way too late that our font size was too small" says Brownrigg. "We ended up talking about this and addressing it very early on [for Valhalla], and Stadia, as a platform on mobile, helped give us an extra push us in that direction to [increase font size]. It’s very challenging to design all menus with a large font in mind, because when I say font size, it also means the icon size, too."

Text to Speech Pace and Volume

"Closed-captioning is super important," says Murcia. "[Captions] can pop onscreen and point out objects that are interactive, or quest objectives that are around you. We’ve also tried to work on the volume and deliver a way to balance it. We’ve added a new way to adjust the master volume and the ambient volume so players can fade out some specific sounds. The audio team also did a lot of work to add audio beacons or notifications."

"We’ve also added a new option that is pretty cool," Murcia explains. "When your character is not able to move in a direction, we play a small audio cue to notify you that the character is stuck. We asked the programmers if we could do it, and we explained that it’s a request from blind players. It’s in the game, so we’re interested to see how it’s received."