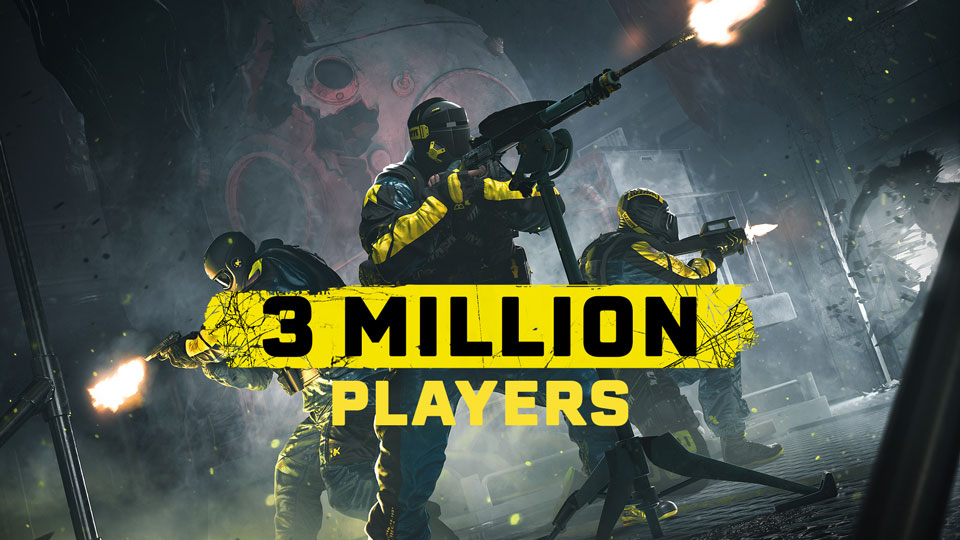 Less than a week after its launch, Rainbow Six Extraction has surpassed 3 million players across all platforms, and more are about to join the fight against the deadly Archaean parasite thanks to the Buddy Pass, launching tomorrow.

The Rainbow Six Extraction Buddy Pass grants owners of the game – even those playing on Xbox Game Pass – two tokens that they can give to any two friends to try out the game for free for two weeks. The tokens will allow access to Rainbow Six Extraction on any platform, and thanks to cross-play, you can squad up with your friends no matter where they prefer to play. Any progress those friends make in those two weeks will carry over if they decide to purchase the game.

Whether playing solo, with a friend, or with a full squad of three Operators, now’s the time to jump in and test your mettle against a deadly, mutating alien threat in a tense and tactical co-op PvE experience. And for those of you already giving the Archaeans what for, keep leveling up those Operators and unlocking that REACT tech, because you’re going to need it for what Rainbow Six Extraction has in store for its free post-launch content.

Rainbow Six Extraction is out now, and features full cross-play and cross-progression on Xbox Series X|S, Xbox One, PS5, PS4, Amazon Luna, Stadia, and the Ubisoft Store on PC, as well as via Ubisoft+. It is also playable on Xbox Game Pass and PC Game Pass.

To stay up on the latest news and updates, bookmark our Rainbow Six Extraction news hub.