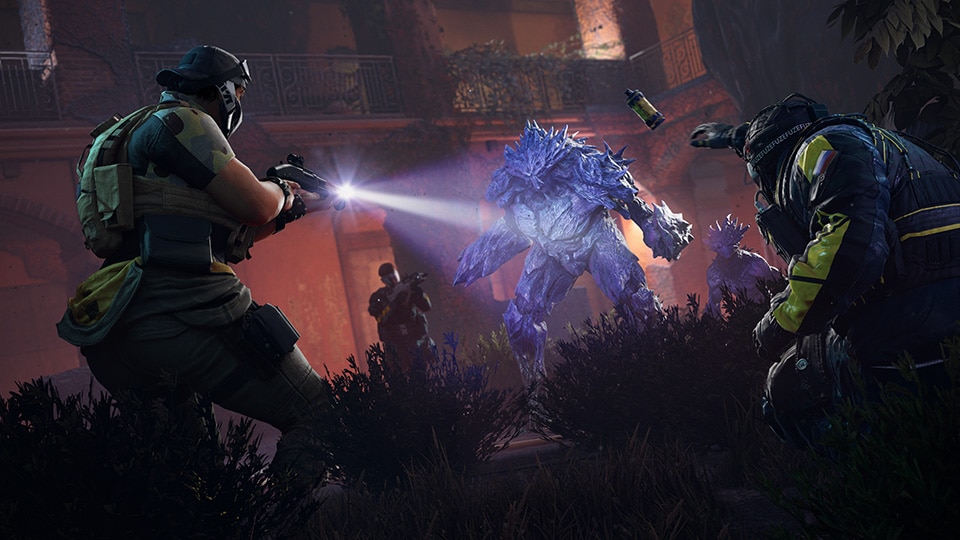 Rainbow Six Extraction is out now, pitting players against a deadly, mutating alien threat in a whole new tactical PvE co-op experience. Featuring full cross-play, cross-save, and cross-progression, the game is available on Xbox Series X|S, Xbox One, PS5, PS4, Amazon Luna, Stadia, and the Ubisoft Store on PC, as well as via Ubisoft+. It is also playable on Xbox Game Pass and PC Game Pass.

Extraction stars a select line-up of Operators from Rainbow Six Siege who have been reworked with new abilities and attributes to help them better take on the Archaean parasite. The 13 different mission types across 12 containment zones pose an ever-shifting challenge, as players face 13 enemy archetypes and a host of mutations that make each incursion unpredictable. Team up with up to two other players, or take on solo missions as you level up your Operators’ loadouts and abilities, and progress to unlock new REACT tech gadgets, cosmetic customization items, and more.

For those looking for more customization options, check out the Deluxe Edition of the game at the Ubisoft Store. The Obscura, Noxious Touch, and REACT Strike packs ensure you’ll have a strong array of looks to equip right from the get-go.

Players who own both Rainbow Six Extraction and Rainbow Six Siege will receive the United Front bundle, which contains four exclusive gearsets split between the two games and unlocks all 18 Operators featured in Extraction for use in Rainbow Six Siege. Furthermore, the Buddy Pass (available after launch) will allow Extraction owners to invite two friends to play with them for free for up to two weeks.

The Archaean threat grows stronger every day, bringing new challenges in Extraction’s free post-launch content plan. Rainbow Six Extraction is available now on Xbox Series X|S and Xbox One (including through Xbox Games Pass and PC Game Pass), PS5, PS4, Amazon Luna, Stadia, and the Ubisoft Store on PC, as well as via Ubisoft+. To stay up on the latest news and updates, bookmark our Rainbow Six Extraction news hub.