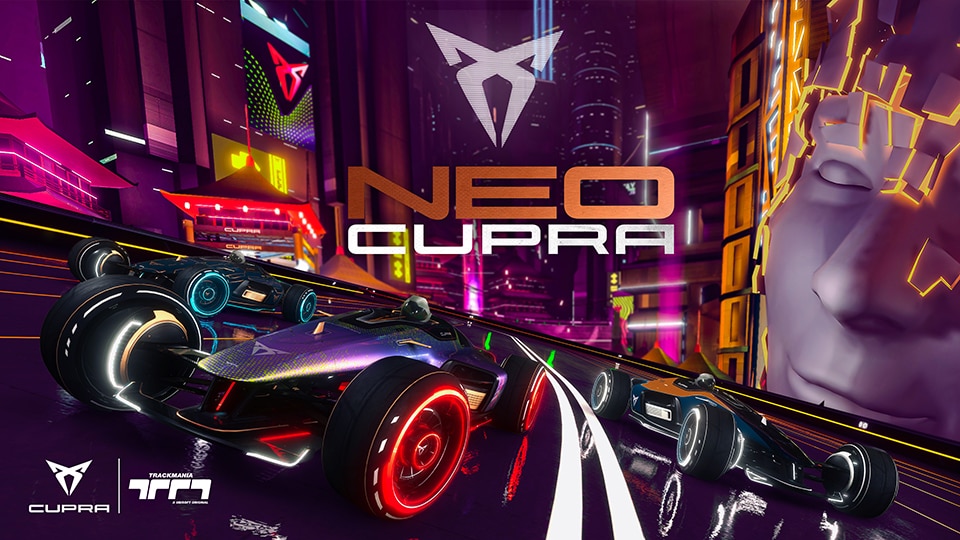 Trackmania and European automotive brand CUPRA are partnering to bring new tracks and other content to the exacting, gravity-defying free-to-play racer, starting today. The new content will arrive over the next eight months, including 12 new tracks designed to test players' agility and skill, one of which will be unveiled and added to the game for free every two weeks as part of Trackmania's Cup of the Day and Track of the Day programs. The new tracks - which will be available to paid Trackmania players all year long - were created by CUPRA in collaboration with members of the Trackmania creator community. The first one, called Digital Ciudad, is playable now. 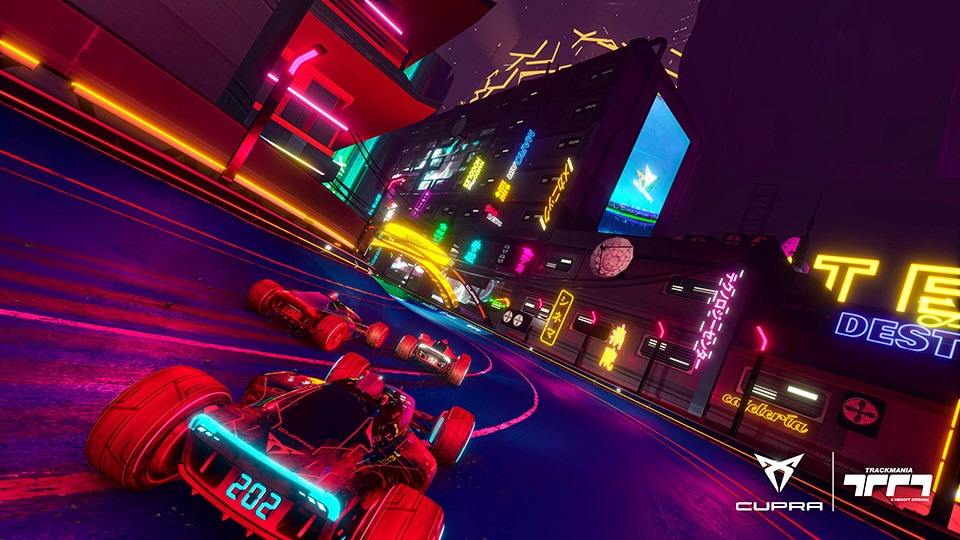 Every track will be set in one of three districts of the new in-game city, NEO-CUPRA, each of which has a unique visual theme tied to a different vision of the future. The Velocity district has the look of a cyberpunk dystopia, with massive arcology-like structures and lots of neon ornamentation, while the Intricacy district showcases a fusion of nature and "green" construction with high technology. Finally, the Singularity district has the appearance of a ring-shaped space colony, with the landscape curving imposingly in the distance. Players will be able to access themed elements from the Velocity district in the map editor starting today, with other districts added as new tracks arrive.

The collaboration will add more than just new tracks. Players with a paid subscription will be able to get their hands on four new car skins starting today, which feature CUPRA-branded livery and are designed to complement the new track themes.  The NEO-CUPRA tracks also feature four new, original music tracks by electronica artist M.O.O.N. It all begins today, so boot up Trackmania and get ready to meet CUPRA's first challenge head-on. 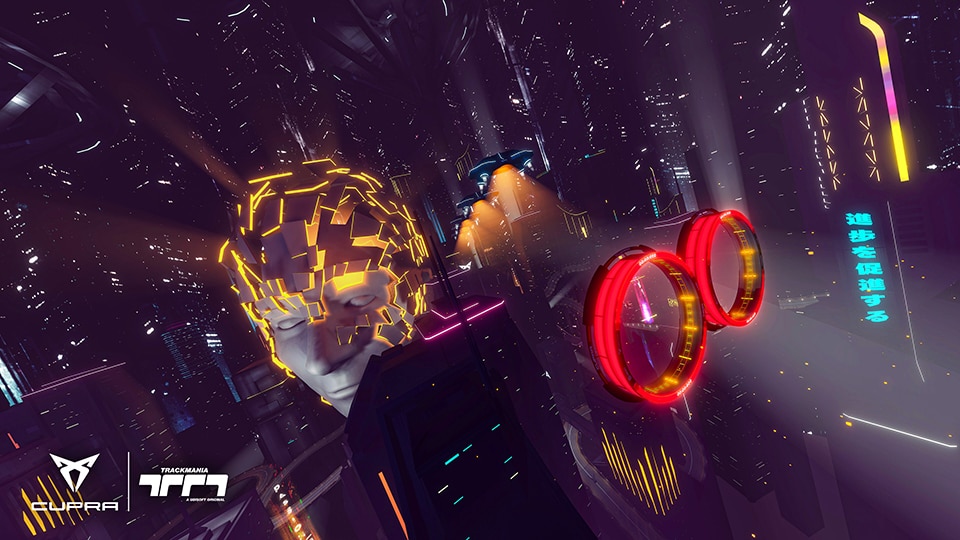 Trackmania is free to play on PC, features more than 280,000 player-created and official tracks, and is coming to PS4, PS5, Xbox One, Xbox Series X|S, and Amazon Luna in early 2023. Find out more about Trackmania's console and cloud launch plans, and learn about what was added with the launch of this year's summer seasonal campaign.