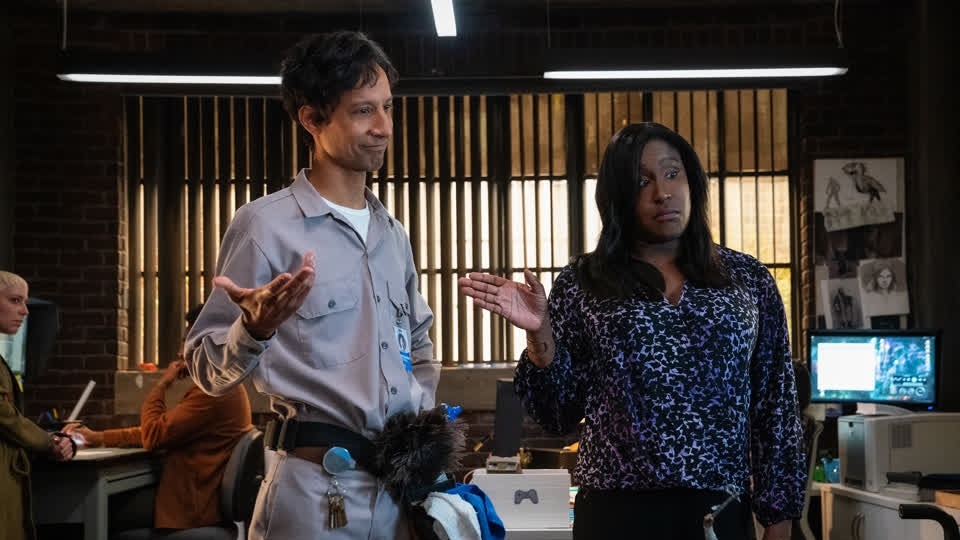 A new "Mythic Quest" Season 3 trailer has dropped ahead of its November 11 premiere, teasing several new details about upcoming developments in Apple TV+'s workplace comedy.  A year has passed since we last saw our characters in Season 2. Ian Grimm (Rob McElhenney) and Poppy Li (Charlotte Nicdao) are trusting their inner voices at GrimPop Studios, working on their masterpiece codenamed Hera. Meanwhile, Mythic Quest HQ is thriving under the leadership of David Brittlesbee (David Hornsby), and he's leading the transmedia charge bringing the story behind the MMO to Hollywood.

"We're looking forward to the season as it explores new relationships in the Mythic Quest universe as our characters take on the challenges of working in the ever-evolving game industry," says Jason Altman, head of Ubisoft Film and Television. "We're proud that the series continues to reinforce Ubisoft's position in the broader entertainment industry as producers of high-quality content for a general audience and gamers alike."

"Mythic Quest" was created by McElhenney, Charlie Day, and Megan Ganz. All three executive-produce, along with Hornsby. The show follows a group of developers behind the biggest (fictional) videogame in the world. 3Arts Entertainment, Lionsgate, and Ubisoft Film & Television also produce.