“Mythic Quest: Raven’s Banquet,” a comedy series executive-produced by Rob McElhenney and Charlie Day, is coming exclusively to Apple TV+ on February 7, debuting with nine binge-able episodes that explore life behind the scenes of a game-development studio. Co-produced by Ubisoft, the series centers on the studio’s creative director, Ian Grimm, played by McElhenney. 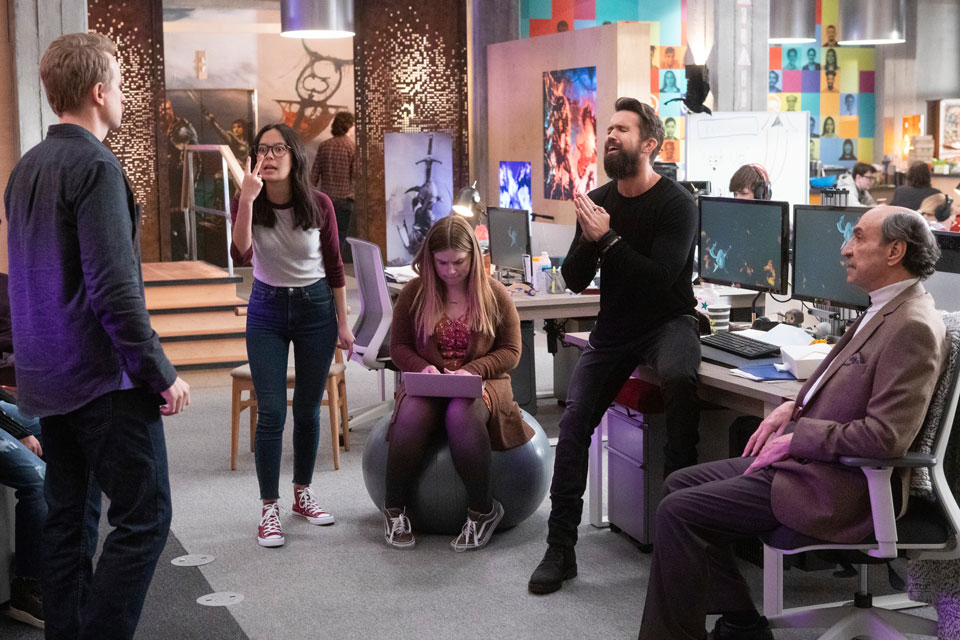