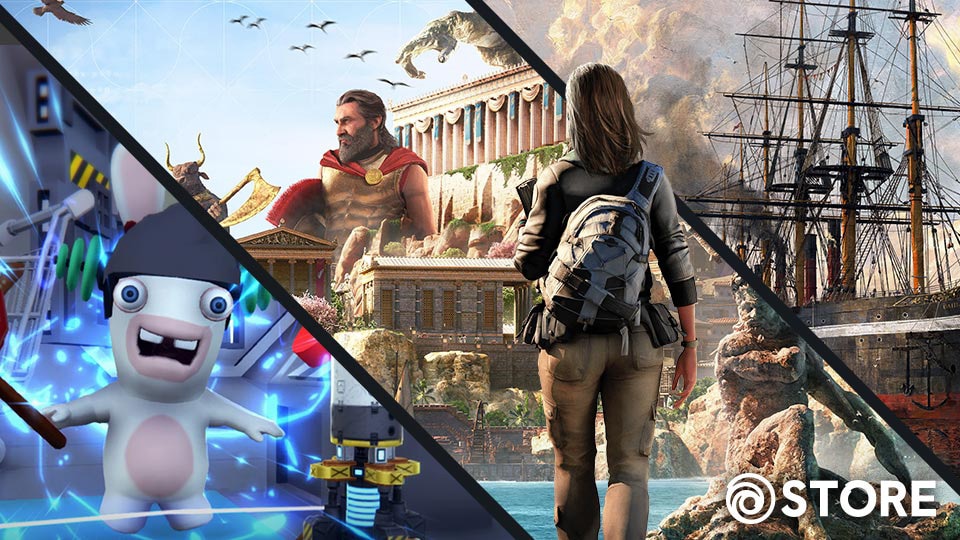 Six Great Games to Help You Learn While You Play

The back-to-school season is here and with it, a yearly reminder that there are as many ways to learn as there are fish in the sea. For example, did you know that most fish live in the sea? Boom. Learning from a Ubisoft News story. And here’s another tidbit: you can learn from video games as well! From exploring open worlds and learning about ancient cultures to playing with the building blocks of computer code and economic systems, the six games below are some of our favorite educational games available now at the Ubisoft store. 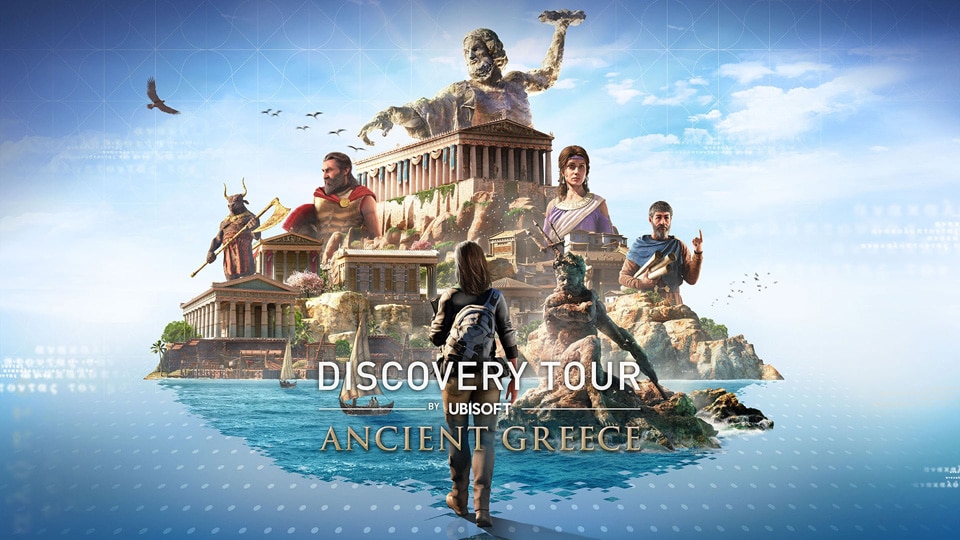 Want to learn what organs the Egyptians extracted from bodies before mummifying them, or get a better idea about how much stock everyday Grecians put in prophecy? You’ve come to the right place. While Assassin’s Creed Origins and Assassin’s Creed Odyssey let you fight massive battles, hunt mercenaries, and unravel vast conspiracies, Discovery Tour: Ancient Egypt and Discovery Tour: Ancient Greece strip away the combat and story and let you explore their massive open worlds in peace at your own pace. Ancient Egypt and Greece are turned into living museums with guided audio tours that offer fascinating facts and insights into culture, religion, architecture, daily life, and more. Discovery Tour: Ancient Greece ups the ante by adding tour guides, discoverable facts, customization options, and optional quizzes so you can test your knowledge.

The two Discovery Tour games are included with their respective versions of Assassin’s Creed, and are also available for standalone purchase here. 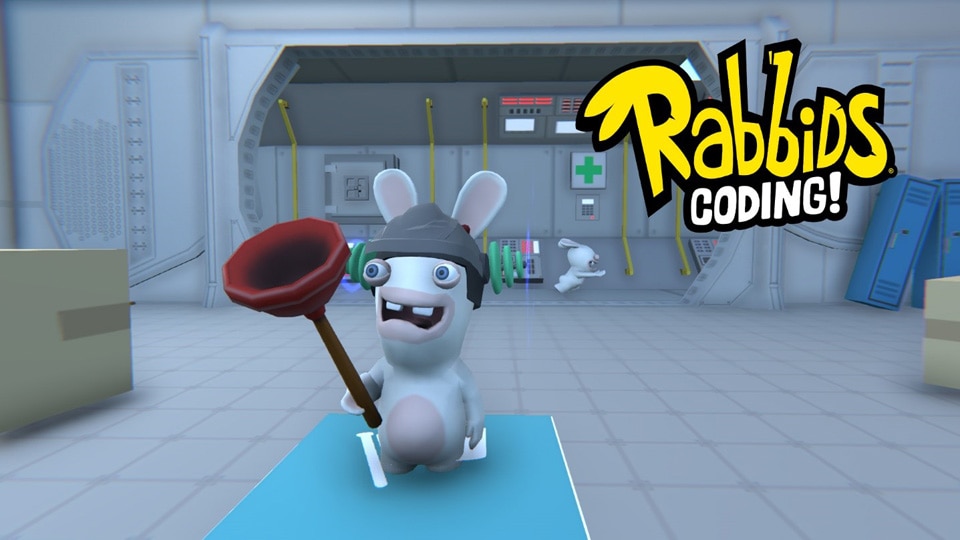 Intrigued by the idea of making video games? Rabbids Coding is a free game that teaches the basics of programming and computer logic. Yes, those Rabbids – the ones who tend to break things and just generally make a mess of any situation. Well, it turns out they brought their… expertise to a space station (who would bring Rabbids to a space station??) and now you have the unenviable task of cleaning up after them through the power of a mind control helmet, a floating robot, some futuristic washing machines, and computer programming. Designed for beginners, this free game teaches basic coding concepts in a fun and playful environment. Created by Ubisoft Montreal, the aim is to give players of all ages the tools to get interested in programming and learn more about the logic of computers. 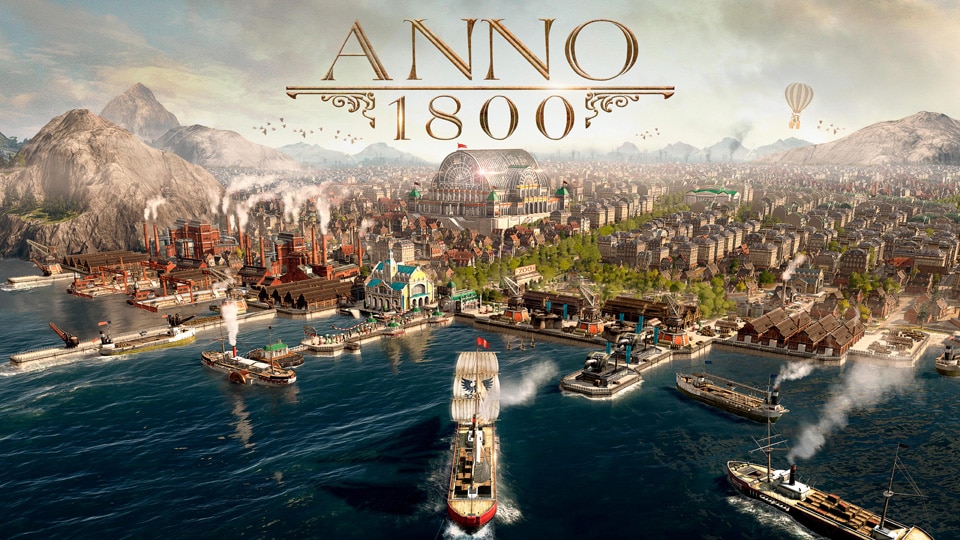 All of the greatest cities in the history of the world started with dirt and a dream. You, too, can have your own dirt dream as you work your way towards transforming a simple outpost of sheep farms into a massive city that’s the envy of the world in Anno 1800. It may sound daunting, but Anno 1800 starts things out slowly, teaching you the importance of infrastructure, creating a stable economy, and just generally keeping people happy as your little patch turns into a prosperous metropolis.

And for anyone who likes having a little bit of history in their city-building games, Anno 1800 puts you at a time in history when electricity and industrialization have taken hold, allowing cities to build new mega structures, establish new forms of production, and rapidly expand borders and exploration via the sea. You’ll need to learn how to successfully manage supplies and trade, which means you’ll have to play nice with others, or not – you do you. In addition to the base game, Anno 1800 includes several Season Pass additions that expand your city-building tools and challenges, including The Passage, Botanica, and open-sea treasure hunting of Sunken Treasure. In Season Two, Anno 1800 has added Bright Harvest and Seat of Power DLC, with a new continent coming soon in the Land of Lions update.

You can purchase the Anno 1800 Complete Edition here. 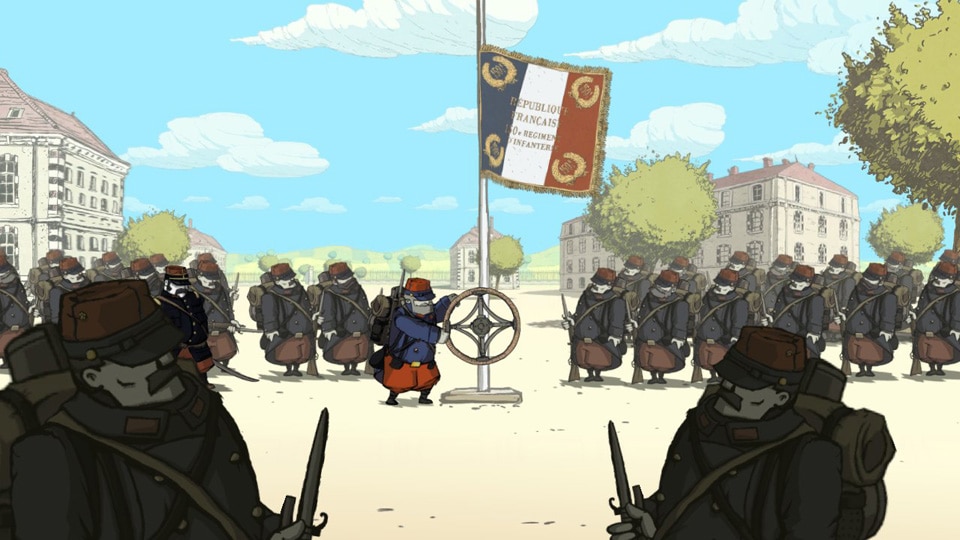 There are few other games that demonstrate video games’ powerful ability to teach better than Valiant Hearts. Portrayed in a lovingly designed comic-book style, the game tells a heart-wrenching story about the horrors of war, specifically World War I. The story unfolds around Emile, a Frenchman drafted into the army to fight the Germans who is eventually captured by the Germans only to be rescued by an unlikely friend. Emile’s harrowing journey and encounters with people he meets along the way are interspersed with facts and clips about the actual war, lest you think his stories are too horrific to be true.

Valiant Hearts: The Great War is available for purchase here. 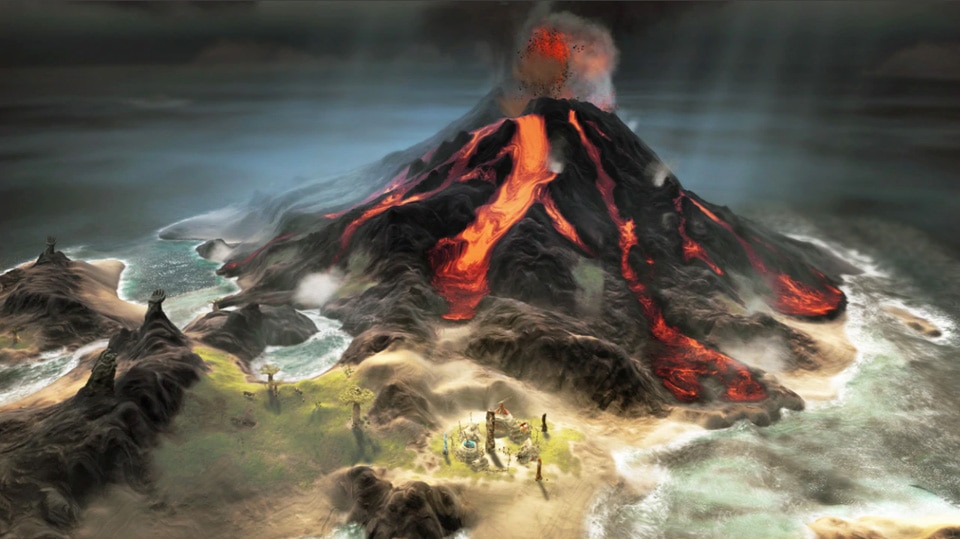 If there’s one simple rule to follow in life, it’s that you can never have too many strategy games. The Strategy Essentials Collection offers six games – Heroes of Might and Magic 5, Dawn of Discovery – Gold Edition, Settlers 6 – Gold Edition, From Dust, Imperialism, and Silent Hunter 3 – each with their own takes on the genre (some may be more simulation than strategy, but who’s counting). Maybe you want a taste of a submariner’s life? Silent Hunter 3 puts you at the helm of World War II-era U-boats where you can engage in historical missions and learn about the many threats facing the ships of that era. On the other side of the strategy spectrum you have From Dust, a “god game” where you can literally shape the world and affect the lives of its inhabitants with every choice you make (do be careful with the lava). There’s so much strategy here we can’t possibly fit it in the rest of the space we have here, so check out the link below to find out more.

The Strategy Essentials Collection is available for purchase here. 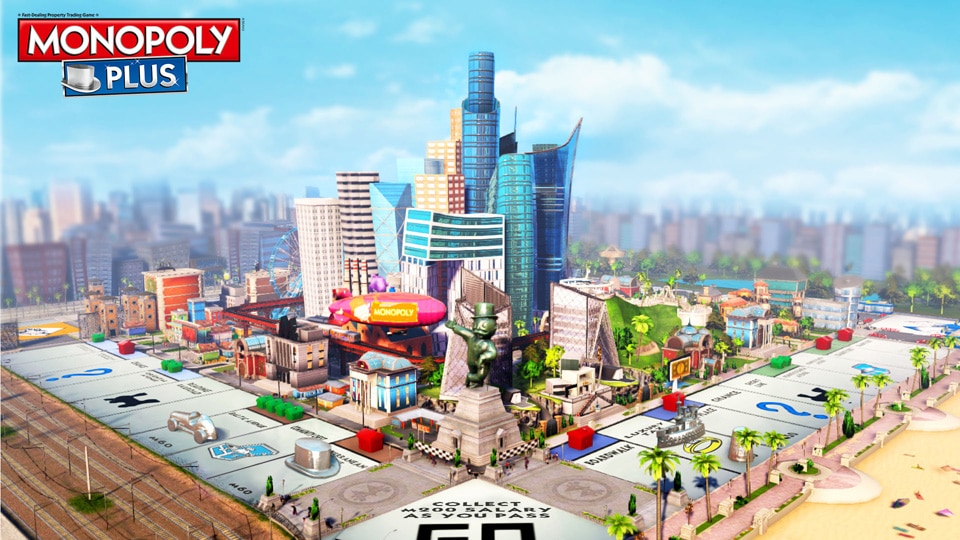 Just like the original, Monopoly Plus is great at teaching the basics of how to spend your money wisely and, perhaps just as importantly, how to haggle with friends. A digital version of the classic board game, Monopoly features three unique, living boards. As the game progresses, the boards and the cities they represent will evolve to show neighborhoods and properties being built up. You’ll also be able to select one of six different sets of rules or keep games short and sweet by choosing one of five special goals. It’s available on PC, Switch, and Stadia. We’ve got dibs on the racecar.

The Monopoly Plus Standard Edition is available here.