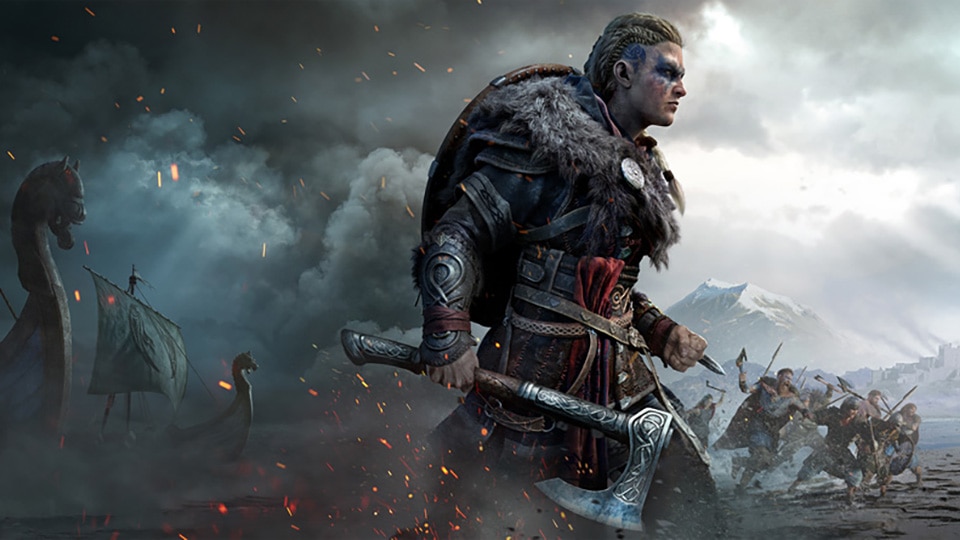 Assassin’s Creed Valhalla’s newest trailer gives us our first detailed look at the story of the upcoming Viking saga ahead of its November 10 release date. The trailer starts by introducing us to Sigurd – Eivor’s brother – and reveals how a Hidden Blade ended up in the hands of a Viking raider. We also find out that Sigurd is the one who convinces Eivor to leave their home in Norway and travel to England in hopes of building a new settlement for their people. England, as we learn, is the home to many different kingdoms and rulers, all searching for their own share of land, wealth, and power. Before the trailer wraps up, it gives us a hint of a larger mysterious conflict at play.

The trailer raises as many questions as it does answers, so to find out more, we spoke with narrative director Darby McDevitt, who revealed even more details about what players can expect from Assassin’s Creed Valhalla’s story.

One of the first thing this trailer reveals is that Eivor has a sibling. What can you tell us about that relationship? Odyssey made your sibling one of the main antagonists; can we expect them to play a pivotal role here as well?

Darby McDevitt: Yes. Sigurd Styrbjornson is Eivor’s brother by adoption. After the death of Eivor’s parents at a young age, Eivor was taken in by Sigurd’s father, King Styrbjorn of Forberg. As was custom among the Norse, Eivor was raised as one of Styrbjorn’s children, with no differentiation made between blood relatives and adopted relations. Sigurd is five years Eivor’s senior and has helped mold Eivor into the warrior we know today. As the son of a King, Sigurd expects to follow in his father’s footsteps and lead their clan with Eivor as his right hand. Sigurd is a proud and charismatic man, full of confidence and the desire for adventure. But there is a darker side to him as well, one that begins to trouble Eivor as our story moves forward.

The trailer highlights the many different facets of Eivor. How did you ensure the character is multi-dimensional? Did you draw influence from any other characters or people?

DM: After taking a trip to Norway, immersing ourselves in the Viking ethos, and diving into classic Old Norse literature, we opted to create Eivor as an exemplar of what we felt was a particularly Nordic sensibility – possessed by a deep sense of honor, devoted to family, unflappable in times of strife, unwilling to suffer fools, and possessed of a gallows humor. The character Egil, from the famous “Egil’s Saga” was one such reference, and although our Eivor is not as moody and prone to wanton violence as Egil, they do share some traits. Both have a penchant for spitting poetry when the mood strikes them, and both have an unshakable sense of honor when it comes to oaths and a person’s reputation. 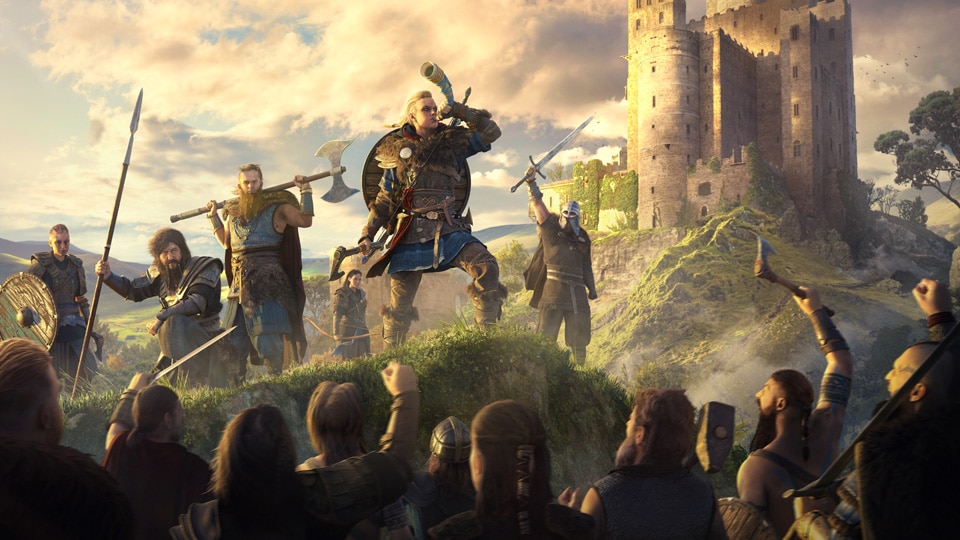 How much will players get to influence who Eivor is?

DM: Eivor is a fixed character with a consistent personality. We want everyone who plays Assassin’s Creed Valhalla to come away with the same sense of who this character is and what motivates them. However, players will have many opportunities to shape the outcome of scenes and stories based on how they direct Eivor to respond in conversation. For example, if a man challenges Eivor to an alehouse brawl, Eivor can shrug it off with a charismatic wink, buy the man a round of drinks to forget about it, or accept the challenge and brawl. All of these choices are consistent with Eivor’s personality, depending on the situation.

It seems like Sigurd has just returned from a trip bearing the Hidden Blade and is accompanied by Assassins. Where was he, and what was he up to?

DM: In the early hours of the game, Sigurd returns from a long voyage that has taken him to Constantinople and back. It was in that city he met and befriended the Hidden Ones, and learned many of their customs. Of particular interest to him was the Hidden Ones’ wrist blade, one of which he gifts to Eivor. Gift-giving was an important custom among the Norse, and it is through this exchange we see how deeply Sigurd respects Eivor. As for what the Hidden Ones think about this gift exchange, you’ll have to play the game to find out.

We get another look at King Aelfred here and the first look at a new faction, the Sons of Ragnar. What can you tell us about them and how they’ll factor into the story?

DM: Aelfred is the proud and powerful King of Wessex, the only kingdom in England to successfully hold its own against the Viking invasions. Aelfred is a proud and pious man who is beset on all sides, not only by Vikings, but by people within his own court who would rather see another in power.

The Sons of Ragnar are Viking invaders who claim to be the sons of the Legendary Ragnar Lothbrok, a Viking king who was killed by the Northumbrian King Aella almost a decade earlier. The Sons of Ragnar – Ivarr, Ubba, and Halfdan – have been in England for over five years now, vowing revenge on the kingdoms and men who murdered their father. Each of the Sons of Ragnar has a unique and compelling personality – Ivarr is wild and unpredictable, a fading rock star; Ubba is stalwart and steady with dreams of a pacified England for Danes and Saxons alike; and Halfdan is a kingly figure – wise, powerful, and yet paranoid that all his earthly gains will come to nothing in the end.

We’ve seen before that Eivor can build alliances with Kings of various regions; can alliances be formed with anyone? Or are some people enemies no matter what? 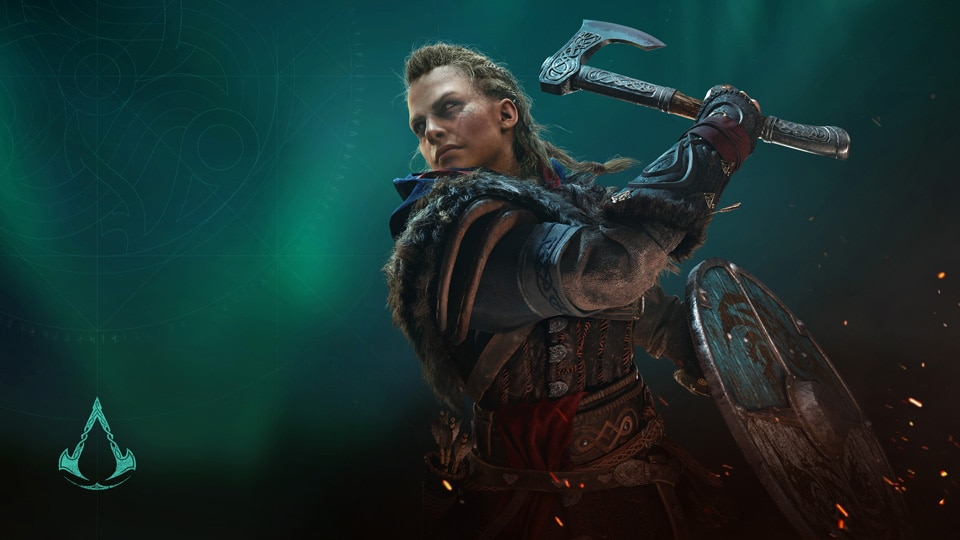 __We see what looks like a Templar cross at one point; how does the conflict between Assassins and Templars play into Eivor’s story? __

DM: The Order of the Ancients are the Hidden Ones’ current enemies in Assassin’s Creed Valhalla, and they have overtaken England with the aim of spreading their retrograde views. We have taken great pains to dive deep into the beliefs of the Order of the Ancients in our game, beliefs that differ somewhat from the Templars as we know them today. So, at the core of Assassin’s Creed Valhalla is a story of how Eivor and Sigurd and the rest of their clan have a deep and permanent impact on the future of these two groups.

How did you approach the story? Did you plan to tell the tale of Eivor, or the story of ninth-century England and the conflict between Saxon and Dane that Eivor is a part of?

DM: We modeled the story – or stories – of Assassin’s Creed Valhalla after the Norse sagas, some of the earliest examples of western literature on record. As such, Valhalla feels more like a picaresque – like “Don Quixote” or “The Adventures of Huckleberry Finn.” It is an epic journey full of smaller self-contained stories, all of which orbit themes of honor, reputation, glory, and leadership. Of course, there is a core emotional story running through all this, and players will watch Eivor go through a series of devastating hardships. All that to say, buckle up for a saga unlike any you have yet seen.

Will there be multiple endings? If so, how many?

DM: To fully answer this question would spoil some surprises we have in store for players. But I will say that there are multiple fascinating pathways through our epic tale, a story modeled after the Norse sagas of old, in which men and women fought hard against fate, eager to forge their own path, yet always failing, time and time again.