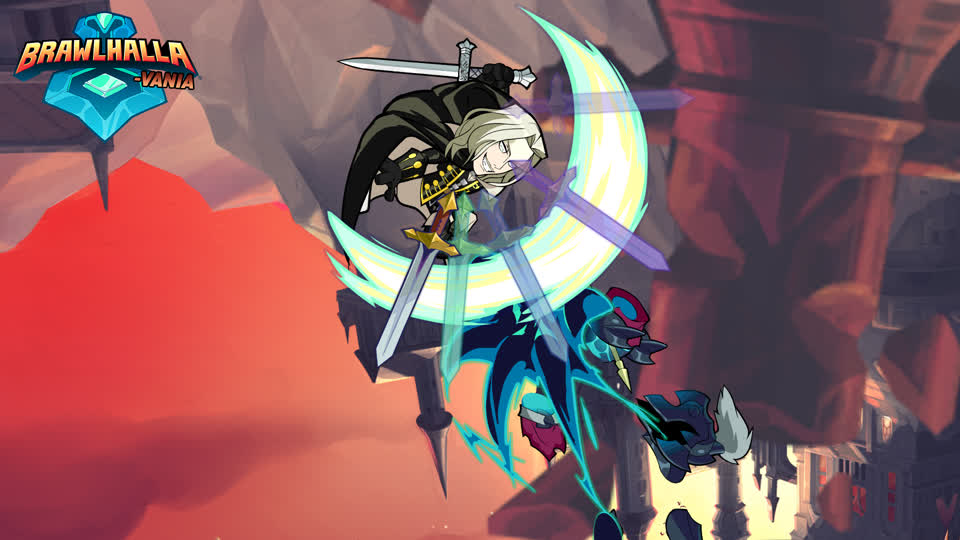 Brawlhalla-vania, the game's newest Epic Crossover, is here with two new crossover characters you'll be dying to try: Simon Belmont and Alucard. Created in collaboration with Konami Digital Entertainment, Brawlhalla-vania also kicks off a new Crossover Event in which players can delve into Dracula's Castle in free-for-all matches, or into Inverted Dracula's Castle for 1v1 matches. They can also earn four new avatars and a Vampire Bat sidekick. All Brawlhalla-vania items, including the game mode and new maps, will be purchasable and playable after the event ends.

Simon Belmont, an Epic Crossover for Jhala, is a renowned vampire hunter from the 17th century, heir to the Vampire Killer whip. In Brawlhalla, he wields a Morning Star Sword and a Battle Axe, and his Signatures are:

Alucard is Dracula's son, and an Epic Crossover for Ezio. He hates his father's beliefs, and uses an iconic Sword and Ghost Familiar Orb to fight against the infamous vampire. In Brawlhalla, Alucard's Signatures are:

For more on Brawlhalla, check out its previous Epic Crossover with legendary fighters Ezio and Eivor, and stay tuned for more updates at the dedicated Ubisoft news hub.