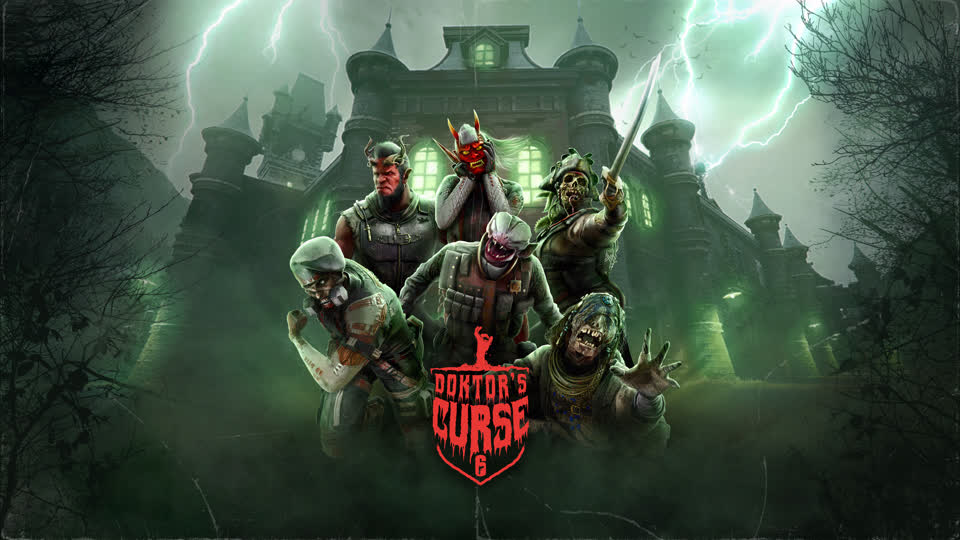 Spooky season is upon us and the Doktor's Curse event is back starting tomorrow, bringing the Monsters and Hunters into a frightening fracas in Rainbow Six Siege. The third episode of the event, titled Doktor's Curse: The Returned, brings new Operators to compete in the Hide and Seek game mode; the Hunters (Attackers) have recruited Oryx into their ranks, while new Monsters (Defenders) Azami, Gridlock, Nomad, and Thorn join the other side. The event is available starting October 13 and running through November 2, and players who log in during that time will be granted a free Doktor's Curse Collection pack containing a creepy cosmetic item.

The Hide and Seek game mode is an asymmetrical showdown between Hunters and Monsters. The Hunters are equipped with breaching hammers for bashing their quarry, and each one has a tracking gadget to help them on the hunt. The Monsters each have their trap gadgets they can use to delay or damage the Hunters, as well as the Nightstride ability which activates temporary invisibility and increased speed for a limited time to help them evade their pursuers. Either team can win by eliminating the other, but the Monsters can also prevail by staying alive until time runs out.

The Doktor's Curse Collection features ghoulish cosmetic items for each Operator featured in the event. Players can log in during the event to get a Doktor's Curse Collection pack for free, and unlock three more packs by completing weekly Ubisoft Connect Challenges. Additionally, bundles are available for purchase for 300 R6 Credits or 12500 Renown, and include themed bundles as well as Operator-specific bundles for every Operator featured currently or previously in a Doktor's Curse event (plus bonus bundles for Pulse, Kaid, and Melusi). Note that Operator Cards have been added to the bundles this year, so players who previously purchased bundles will be granted the corresponding card for free.