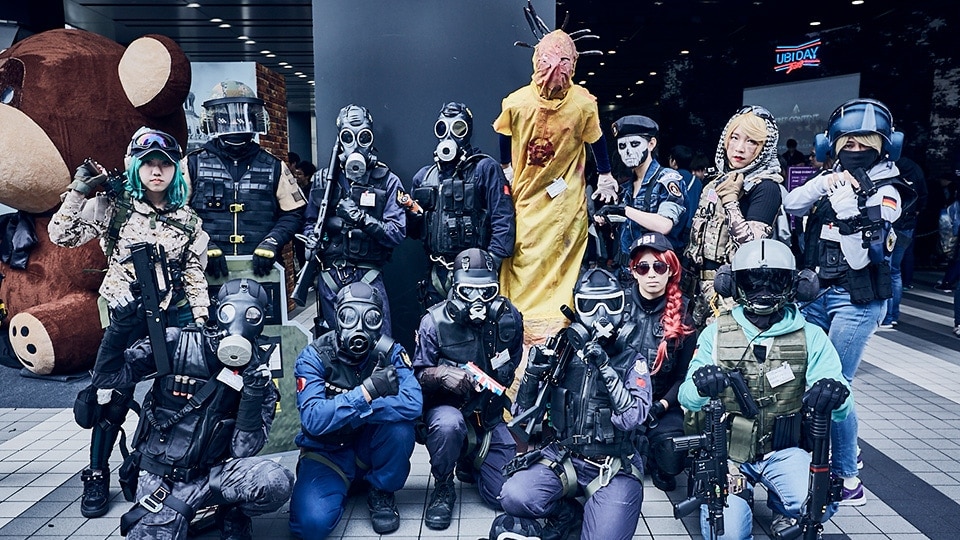 The 10th Rainbow Six Pro League Finals will take place on November 9 and 10, giving fans a chance to watch the best Rainbow Six Siege players from around the world compete in Japan. The Pro League Finals take place at Aichi Sky Expo in Tokoname, Japan (near Nagoya, setting of the Skyscraper map and birthplace of Operators Hibana and Echo), and will be a chance for fans to witness the exciting conclusion to the six-month long season across four regions: Asia-Pacific, Europe, Latin America, and North America. At stake is the Pro League Champion title, along with a significant prize pool of more than $626,000 for the entire season.

As they gather to celebrate the competition, the Japanese Rainbow Six Siege community will have a chance to show off their artwork, cosplay, and passion for the game. Here are four ways the Japanese community is making its mark on Siege:

A Cosplay Scene Not to be Missed

While cosplay has become a worldwide phenomenon, the art of dressing up as characters from videogames or manga has its spiritual home in Japan, and the Japanese community has embraced the Rainbow Six universe by bringing their favorite Operators to life. During Ubiday 2019 in Tokyo, cosplayers assembled to celebrate their favorite Ubisoft franchises, and the most popular game among them was Rainbow Six Siege. Esports fans can be sure that cosplay will be one of the attractions during the Season X Pro League Finals in Tokoname.

A Slew of Gifted and Creative Artists

The Japanese community has a lot of outstandingly creative people that keep sharing their beautiful pieces of art. Through their creations, artists are able to explore an Operator's personality, drawing from the lore created by the Rainbow Six Siege developers to create their illustrations. Some notable Japanese artists, like haksm or SH1NO, bring an extra touch of soul that lends their creations a unique style. Japanese fan art is frequently displayed at Rainbow Six Siege esports events, and for the Season X Pro League Finals, the venue's art gallery will highlight some of the most gifted artists from the Asia-Pacific region.

The Japanese community has produced its share of charismatic esports personalities, and the most recognizable is Kizoku, coach of NORA-Rengo, whose reputation transcends Japanese borders. More than a coach, he is a natural-born entertainer, dancing and haranguing the crowd during key games. Additionally, players like Wokka and ReyCyil have become icons within the community, and images of them waving the Japanese flag on the main stage of the Six Invitational in Montreal made an international splash.

Japan's NORA-Rengo team has made a sizable impact on the competitive Siege scene. After making the semifinals at the Pro League Finals Season 8 in Rio de Janeiro, and placing in the top four at the Six Invitational 2019, they have done a remarkable job helping build a strong community for Siege in Japan while making a name for themselves on the international stage.

To stay in the loop on everything happening with Siege, esports, and the upcoming Six Invitational 2020, follow us on Twitter, Instagram, and the Pro League Finals event guide. For more on Rainbow Six Siege, check out our previous coverage.