Like most people in the videogame industry, I’ve always wanted to work in games. I grew up playing Prince of Persia, Harry Potter, and Final Fantasy, and I think I was around 10 when I first told my parents that I wanted to work in videogames. I grew up in Mauritius, and it was still a developing country, so a career in videogames was pretty much taken as an unattainable dream. I was told to focus on a normal career path, like an engineer, doctor, lawyer, or accountant. Eventually, that dream of mine was shoved aside, and I went on to study electrical engineering to secure a stable job. 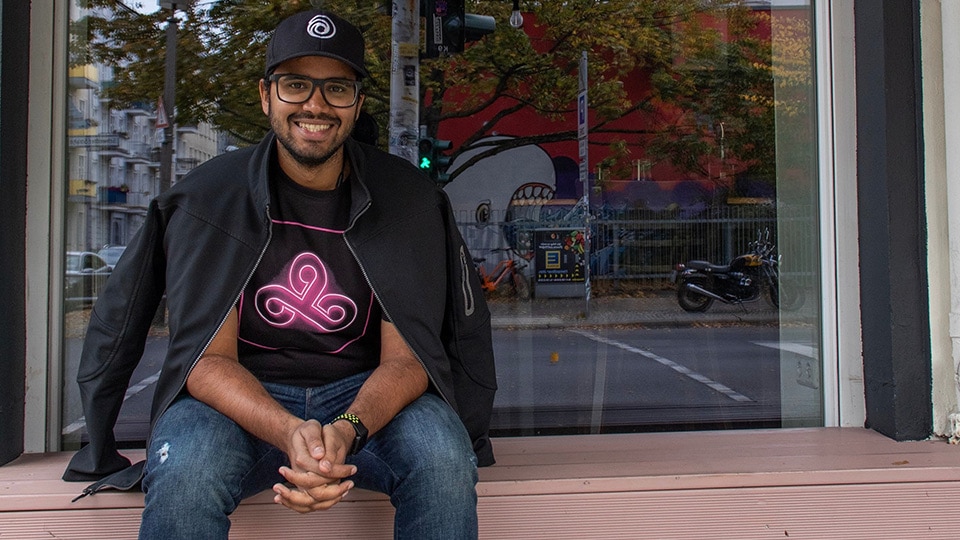 I only realized it was possible to achieve my dream of working in games when I came to Canada to study. Moving here alone was life-changing. Loneliness can do a lot of things; one thing it did was push me to be stronger. A world of opportunities opened for me, and I decided it was time I stopped listening to people who doubted me and started believing in myself.

Getting here was tough. I think a lot of the struggles I had were due to a lack of opportunities and support growing up. We didn’t have a flexible education system; we were taught to memorize, not to think critically. We were groomed to specific fields of work, and it truly felt like you were a cog in the machine that you couldn’t break out of. I only realized the disadvantage I was at when I looked at the opportunities my peers were given. Most of my friends already had game prototypes from high-school clubs, game jams from local companies, and internships, while I looked down at empty “Work Experience” and “Personal Projects” fields in my resume. 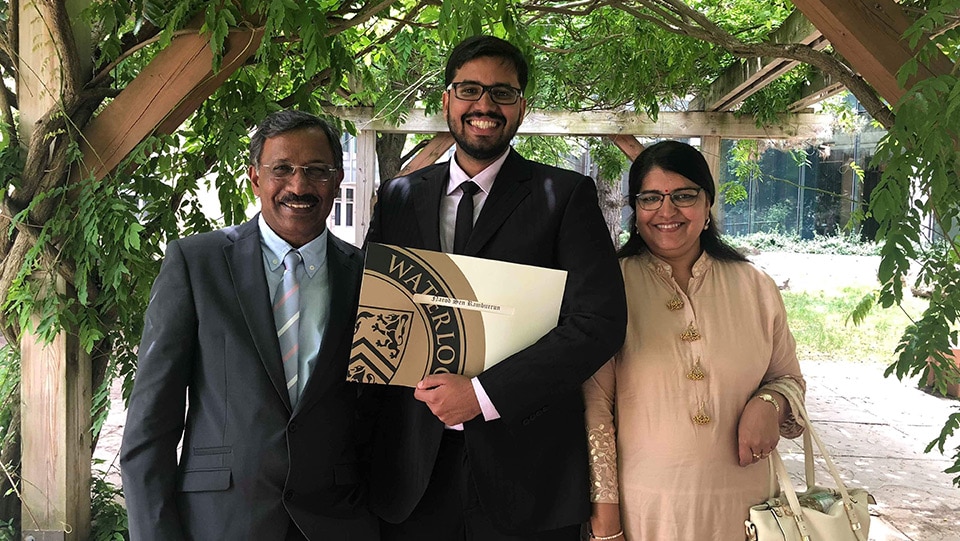 I was pretty demotivated just by looking at the competition. I only learned programming in my first year of university (which is also the year I moved to Canada to study) and I failed out of engineering that year. A lot of things contributed to my failures: ego, homesickness, and loneliness. As someone who never failed a course, failing three of them, and subsequently the entire term, was humbling. But failing was the best thing that ever happened to me.

Even when I landed interviews, it felt like I was already out of consideration as I walked through the door. And at some point, I couldn’t blame them. I was an international student with no work experience, and other applicants had interned at major studios or companies during their summer break in high school. After being rejected multiple times, it felt like I was facing an uphill battle. Trying to juggle classes and interviewing for positions was mentally draining, and I decided to look at other career options. 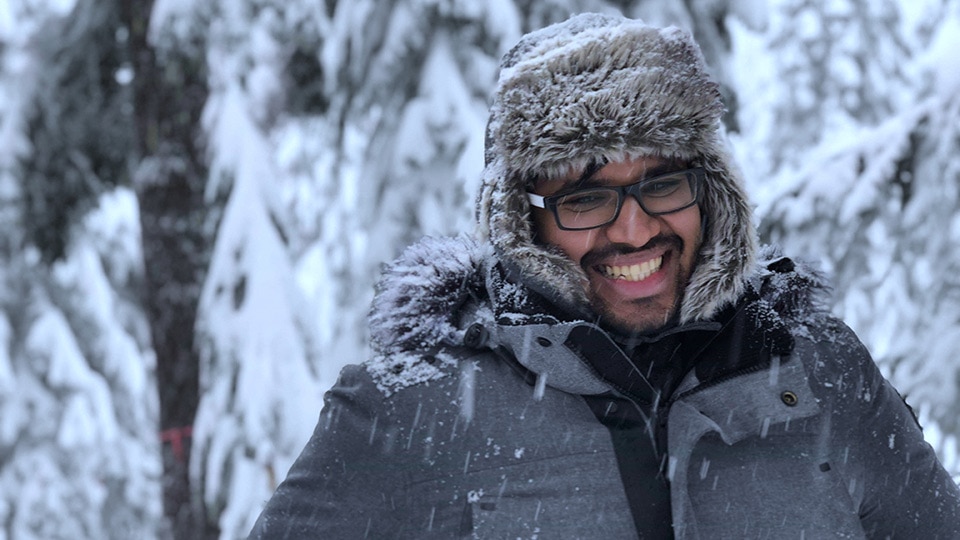 What eventually helped me get into the industry were my friends. My partner at the time was interning in videogames, and along with my close friends, they were an immense source of support, encouragement and help. They encouraged me to keep trying despite all the rejections and failures. It felt nice to have people rooting for me other than myself. My parents turned around eventually; they were scared and skeptical at first, since they weren’t very familiar with the games and tech industry, so to them it felt like I was risking everything. I totally understood where they were coming from, so I did my best to make sure they knew it’s not that crazy.

When I got the offer, it was to join the Far Cry 6 team at Ubisoft Toronto. I have been working here for a little over two years, and I’m having a blast. I’m really grateful for my team and the studio for giving me a chance to prove myself. I adore my job, and my colleagues and friends are some of the smartest, kindest, and most talented people I’ve worked with.

The team I’m on focuses on the implementation of gameplay features; most things related to the Character, Controls, Camera (3Cs) are in our mandate. For example, in an RPG, that would be the classes, abilities, skills, stats, weapons, etc. that the player interacts with in the game. I love working on things that will directly affect player experience, and that’s where all the time I spent playing videogames helps.

I was really surprised at how much work it takes to make a video game — how many minds are behind the design choices, the playtest data, the art. The whole production is a well-oiled machine and every person plays an important part. I learned so much about games in general that I now play games with the intent of getting the best out of what the developers intended the game to be. Some games have director’s commentary in the gameplay itself; for example, Pillars of Eternity has voiceover from level designers explaining their intention behind a specific level. Other games, like Hellblade: Senua’s Sacrifice are amazing at communicating the developers’ intent through the level design itself.

My school education helped build my character and work ethic more than my technical skills. Learning how to manage time and stress were essential skills that helped me on the job. I felt pretty disconnected with my education, but you don’t need to go to a game design/programming school to work in videogames. You need to show that you’ve got the skills, interests, and ability to work with people. It is a pretty tough road to get in, if you don’t know anyone who would refer you. I personally didn’t know anybody, so I went through the normal hiring process open to anyone. 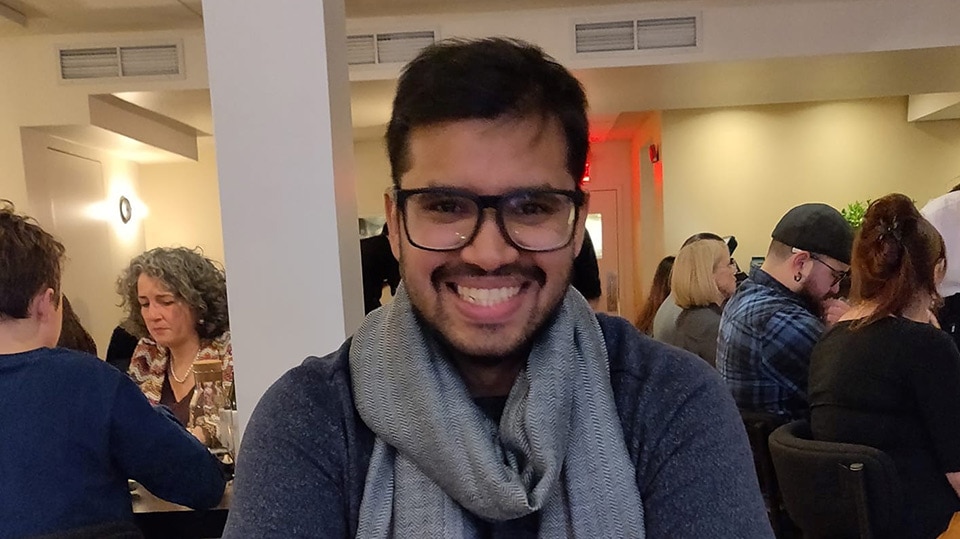 Don’t give up and keep working on your portfolio. Start by making a game that can be created from a tutorial on YouTube. There are multiple clones of Flappy Bird, Asteroid, and even Mario; it will help you understand the tools available to you (Unreal Engine, Unity etc.). Once you have that down, add additional mechanics depending on what aspect of the game you are passionate about. If you want to work in gameplay, make some significant gameplay changes to the game. If you want to work on AI, look into AI behaviors, and build something unique in a game. It really helps to have a game out or a video where people can see what you’ve built. There’s only so much code or art can say; making a game or significantly changing a clone is a great first step.

On the Far Cry team, I’ve contributed to the character customization, save system, RPG abilities, and telemetry. A lot of us work on pretty much everything, so every gameplay programmer knows a bit about other systems. I’m pretty proud of what I’ve been doing for telemetry currently. In video games, telemetry is the collection of data that helps the game analysts and directors give feedback on how the game feels. For example, how many rewards are the players getting through a mission? How many times tricky shots did they achieve in game? How many times were the player defeated? The data gathered from playtest drives the design changes that games go through until launch so it feels pretty nice to be able to help make the game better before launch.