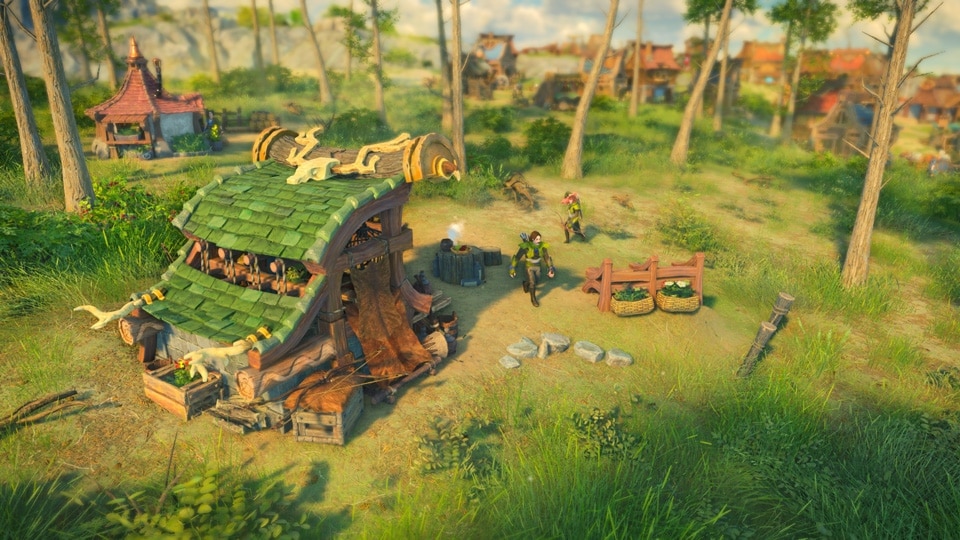 The Settlers Brings New Features to the Classic Franchise

The Settlers is rebooting the settlement-building strategy franchise, as it nears its 2020 release date when it will launch on PC via Uplay, including UPLAY+, and the Epic Games Store. Developed by Ubisoft Düsseldorf and franchise creator Volker Wertich, The Settlers modernizes the series' classic gameplay while introducing new features and systems including PvE and PvP gameplay across three game modes: Campaign, Skirmish, and Multiplayer. The game is now available for pre-order at the Ubisoft Store and Epic Games Store.

Among the new features coming to The Settlers are three different routes to victory.

Combat: Take control of armies, defeat your enemies, and conquer their land for a Combat victory.

Glory: Select a hero character and pit them against the enemy's rival hero in an arena fight. Winning the fight will leave your opponent's spectators unruly and dissatisfied, making them more likely to revolt and giving you the opportunity to take over revolting territories.

Faith: If you prefer a less violent path, you can inspire faith in your settlers to pave a way toward victory.

Those eager to get their hands on The Settlers can pre-order one of four editions of the game now, and get an exclusive in-game decoration — the Statue of the First Settlers — which can be placed in any of your settlements. Read on for full details on all editions.

The Settlers Entdecker Edition, a unique physical pack only available in Germany, Switzerland, Austria, and Poland

The Settlers Collector's Edition, only available in Europe

For more, visit the official Settlers site and stay tuned to Ubisoft News for the latest on all Ubisoft games.