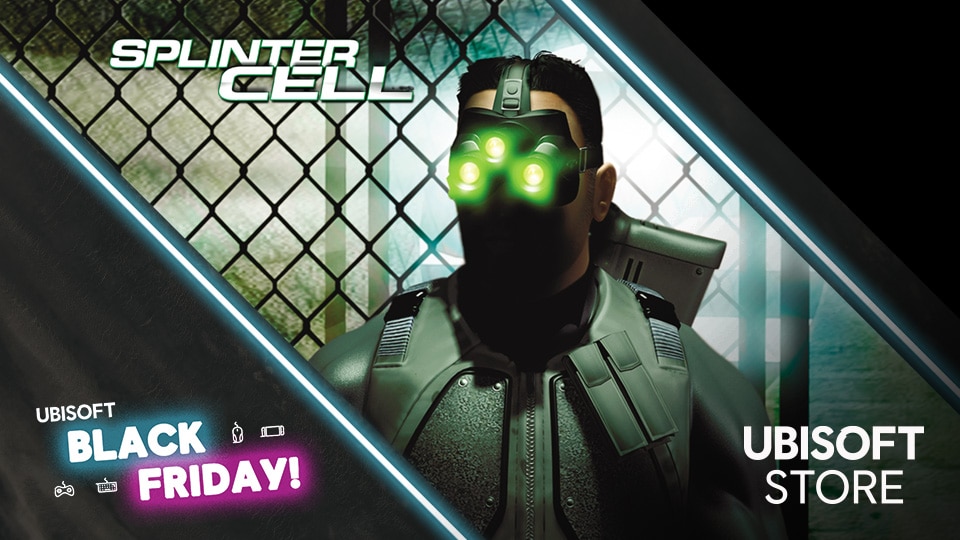 Get Splinter Cell For Free This Black Friday

Utilizing shadows, light, and cutting-edge tech (for the time), the original Splinter Cell, now celebrating its 20th anniversary, redefined stealth action games when it launched in 2002 and helped make Sam Fisher one of the most recognizable characters in video games. The game gave way to an entire series, including Splinter Cell: Pandora Tomorrow, Splinter Cell: Chaos Theory, Splinter Cell: Double Agent, Splinter Cell: Conviction, and Splinter Cell: Blacklist – all of which are currently on sale at the Ubisoft Store. Currently, Ubisoft Toronto is working on a remake that will bring Splinter Cell to current-gen platforms.

While Splinter Cell will stand the test of time, this deal won’t, so head to the Ubisoft Store to download Splinter Cell now and check out the rest of the Black Friday sale offers.