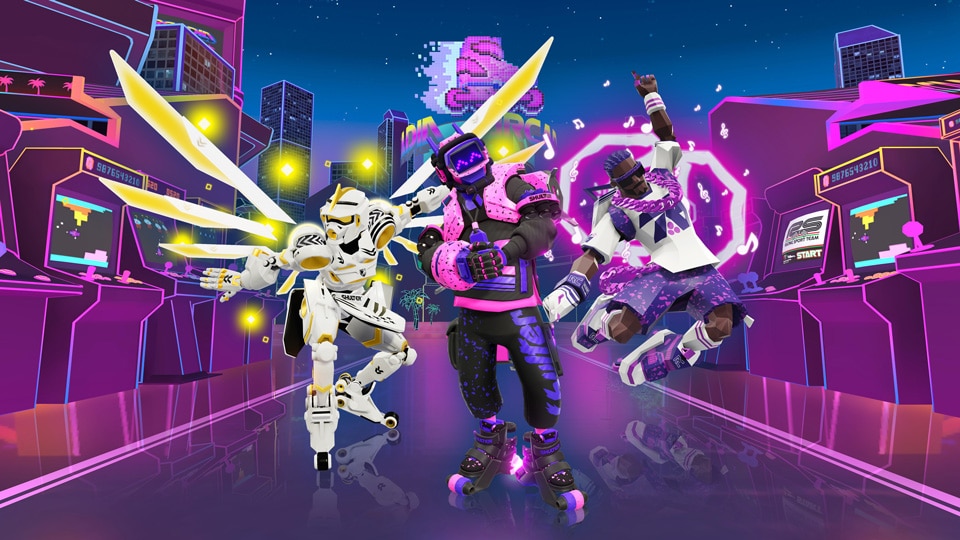 Roller Champions’ newest season, Neo Retro, is live now, and free to play on Xbox One, PS4, Switch, and PC through Ubisoft Connect and the Epic Games Store, as well as on Xbox Series X|S and PS5 via backwards compatibility. The new season celebrates the pixelated playgrounds and neon-lit arcades of gaming history and rolls in a new game mode, three themed maps, an updated Roller Pass, and more.

Arriving alongside Neo Retro is Clone Clash, a new 1v1 game mode where your avatar is cloned to make a team of three. While you’re controlling one skater, the other two are controlled by AI, but there’s a twist: you can change up which skater you control at any time. Will you stick with controlling the ball handler and switch with every pass, or perhaps hop to an off-ball teammate who’s perfectly positioned to clobber a cluster of enemies?

Neo Retro also adds three new themed arenas to Roller Champions’ rotation: Pixel City is brightly decorated with pixelated trees reminiscent of an ‘80s videogame; Arcadia is bedecked with neon lights like an arcade; and the Pinball Stadium is designed to look like the inside of a classic pinball table.

Roller Champions Neo Retro also adds a Career Page, where you can see your rank on the regional leaderboard, along with gameplay stats including matches played, win rate, goals, tackles, blocks, and more. You can also go to www.rollerchampions.com/career to create a team with friends and track its rankings and statistics.

Roller Champions is free to play on Xbox One, PS4, Switch, and PC (and Xbox Series X|S and PS5 via backwards compatibility), so roll up to glory in Neo Retro today. For more on the game, learn about the recent Dragon’s Way season, or check out Roller Champions’ accessibility features.