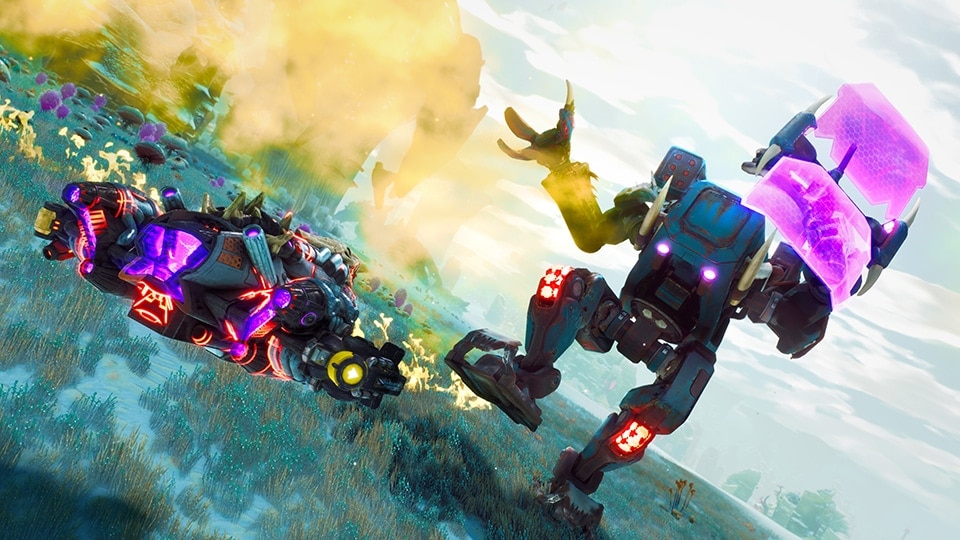 Starlink: Battle for Atlas' open-world star system grows a little bigger today with the free Crimson Moon update, which adds a new area to explore, as well as new missions and activities. The update arrives alongside the launch of the PC version and new paid content, which includes new pilots, starships, weapons, and – on Nintendo Switch – new Star Fox content.

The titular Crimson Moon is a mysterious new planetoid that's home to the Outlaw Games, where players can test their mettle in races (playable in two-player split-screen) and coliseum battles. The update also brings new story and faction missions, as well as weekly challenges.

The PC version of Starlink arrives today as well (check out our previous coverage for full system requirements). Featuring the same content as the console versions, the PC edition supports play with physical starships (using the DualShock 4 and Xbox One controller mounts) or with digital ones. Speaking of starships, players can purchase three new ones on all platforms starting today, along with five new pilots – Rankor, Galla, Fern, Haywire, and Startail – and four new weapon packs. These are available for individual purchase, or all together in the Digital Collection Pack.

Finally, new Star Fox content is launching on the Nintendo Switch version, with players now able to purchase a digital pack that includes three classic Star Fox pilots – Falco, Slippy, and Peppy – as well as new missions centered on the hunt for the Star Wolf team.

Starlink: Battle for Atlas is out now on PC, Nintendo Switch, PS4, and Xbox One. For more on the game, check out our previous coverage.