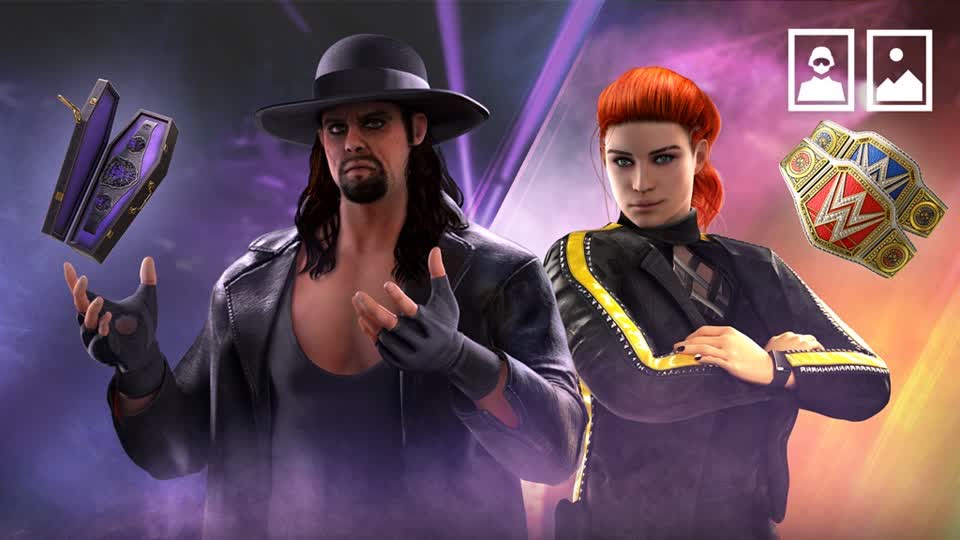 Two new cosmetic bundles inspired by WWE superstars have arrived in the Rainbow Six Siege store today. Blackbeard and Thorn gear up as Undertaker and Becky Lynch, respectively, in bundles that include a uniform, headgear, charm, Operator portrait, Operator card background, and weapon skin for one of each Operator's primary weapons (the MK17 CQB for Blackbeard and the UZK50GI for Thorn). The individual Operator bundles are available for 2,160 R6 credits each, or together in the WWE Rumble Bundle for 4,080 R6 credits.

Rainbow Six Siege is available on PS5, PS4, Xbox Series X|S, and Xbox One, as well as on PC through the Ubisoft Store and as part of a Ubisoft+ subscription. Learn about the Defenders' new ally in detecting Attacker gadgets and get current on the latest major updates to the game in our Operation Solar Raid Operator and Gadget Guide.