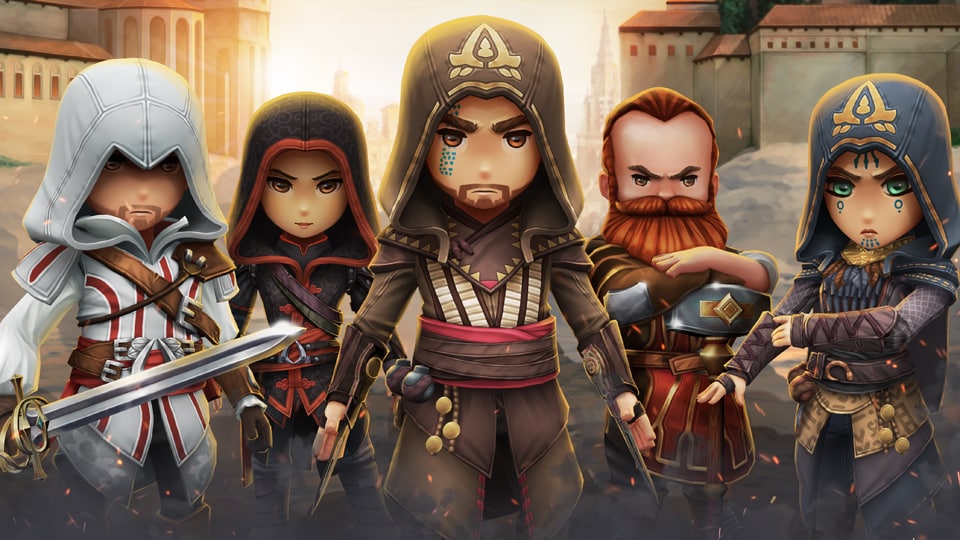 Assassin's Creed Rebellion, a free-to-play strategy-RPG with a unique art style, is coming to iOS and Android on November 21. Taking the series back to 15th century Spain, at the height of the Inquisition, Rebellion lets players found their own Brotherhood by building a base and recruiting up to 40 characters. These Assassins include a mix of new faces and familiar ones, including Ezio, Aguilar, Maria, Shao Jun, Machiavelli, and Claudia Auditore; once recruited, they can be assembled in three-person squads and sent to infiltrate Templar strongholds in tactical missions.

To sign up for exclusive in-game rewards – including Assassin's Creed Odyssey weapons and a special character – you can pre-register for the game at assassinscreedrebellion.com, which will also notify you when the game is available on mobile platforms November 21. For more on Assassin's Creed, check out our previous coverage.