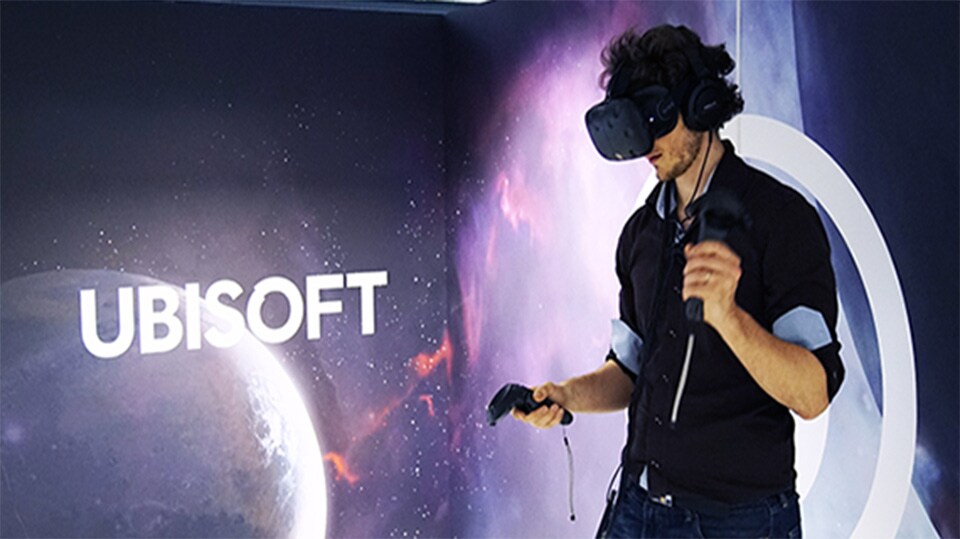 The Ubisoft Startup Program joins forces with entrepreneurial projects that can be linked to the videogame industry. The nexus for many of these project is Station F, the world's largest startup campus. During Season Two of the Program, the focus was on two areas in particular, mixed reality and blockchain, and for Season Three, the focus will be artificial intelligence and blockchain. Those interested in applying can learn more here, and you can read on to learn more about the devices and technologies developed in Season Two.

Season Two featured companies working on mixed reality and blockchain, with Ubisoft's Executive Director of EMEA, Alain Corre on hand to help out and advise them. In the mixed reality sector, Ubisoft supported both PandaGuide and Mimesys.

By utilizing audio and haptics, PandaGuide is creating the first AR device for the blind and partially sighted. Ubisoft worked with PandaGuide to create toy concepts and prototypes which could be used on the PandaGuide device that were playable and fun for everyone, regardless of the strength of their vision. While their team endeavored to improve their device's UX design, they gave Ubisoft the opportunity to dig further into accessibility for our players in order to help us design ways for everyone to play games.

Mimesys is developing a technology called "holoportation," which scans users as 3D holograms and then places them in VR and AR. Through collaboration, the Ubisoft Startup Program was given the opportunity to think about potential use cases and strategies for these frontier mixed-reality technologies that will undoubtedly impact our future.

iExec is a blockchain-based decentralized market place for computing resources, allowing everyone to monetize data and computing power. Even if iExec is not exclusively entertainment industry-focused, its initiatives offer a vision of what decentralization could become at a large scale. Collaboration with iExec included developing their community of users and developers and understanding the potential requirements of key accounts to be able to use iExec technology.

Azarus is developing a tokenized, distributed, and automated videogame challenges platform. Azarus had the great opportunity to test their offer with three Twitch streamers on R6. The results were great and we'll have more info to come from the team!

If you're interested in learning more about Season Three visit our site here and stay tuned to Ubisoft News for more on the Ubisoft Startup Program.