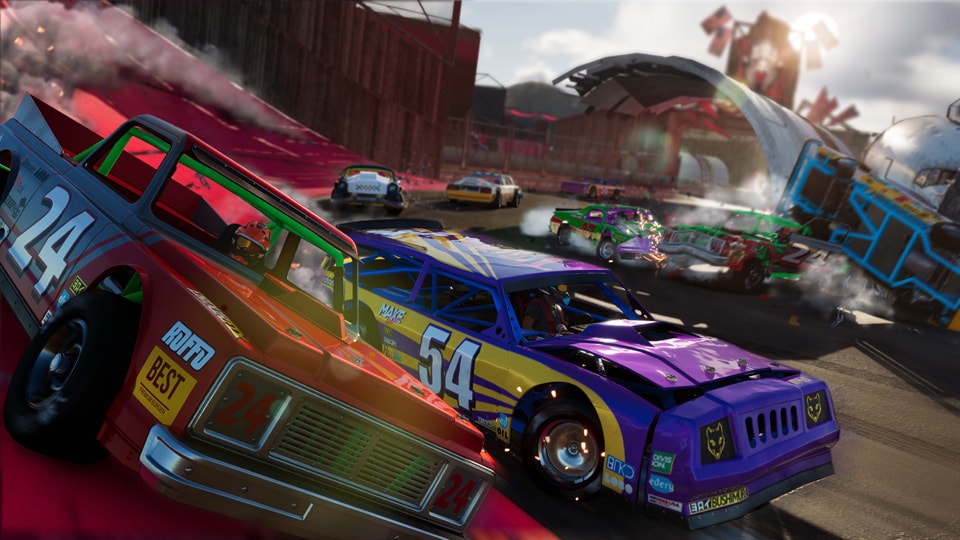 The Crew 2 is about to receive its second free major update, Demolition Derby, on December 5. The update will introduce the all-new Demolition Derby discipline and two new arenas for all the destruction to take place.

In the Bonneville Salt Flat, players will earn points by crushing their opponents while dodging obstacles like falling elevators, spring-loaded boxing gloves, and other vehicles. The second arena, a new circuit built in the heart of the Tucson aircraft cemetery, will allow players to push their opponents off the track with devastating results. The update will also feature four new demolition derby cars that will be completely destructible, regardless of mode.

In addition to the Demolition Derby discipline, the update will introduce PvP to The Crew 2. Up to eight friends can compete against each other, regardless of level, in a variety of motorsport disciplines across a consistently updated selection of events. Those of you looking for the ultimate competition can enter the in-game PvP leagues to earn exclusive rewards. Lastly, new challenges and in-game activities will be added, including exclusive Drift, Alpha Grand Prix, and Rally Cross challenges.

Demolition Derby is the next step in The Crew 2's post-launch schedule, following the free release of Gator Rush in September. For more on The Crew 2, check out our previous coverage.