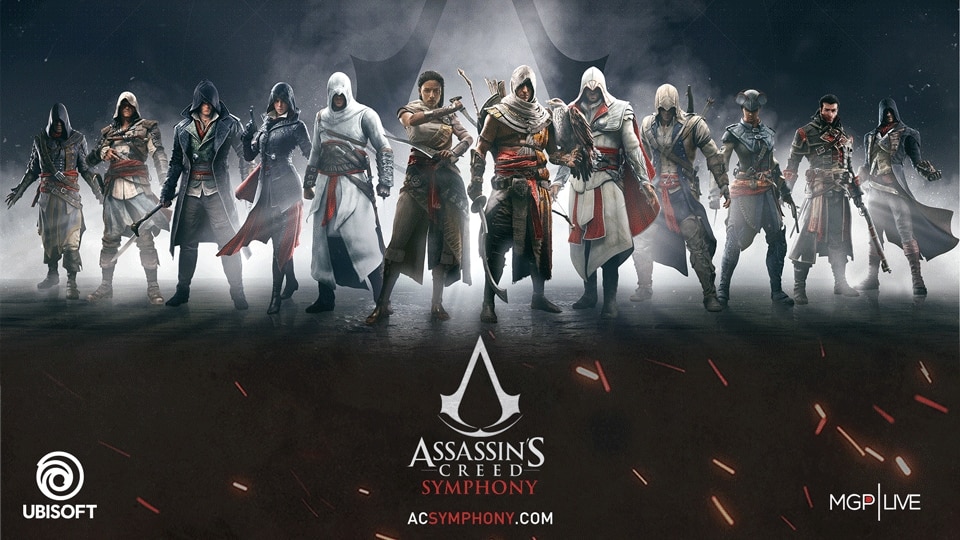 The Assassin's Creed Symphony is kicking off its tour across North America and Europe in 2019. Featuring a full orchestra and choir, the symphony will highlight the series' most memorable moments through the music of talented composers including Jesper Kyd, Lorne Balfe, Brian Tyler, Austin Wintory, Sarah Schachner, Winifred Phillips, Elitsa Alexandrova, Chris Tilton, Ryan Amon and The Flight

The symphony was brought to life thanks to a partnership between Ubisoft and MGP Live, producers of high-profile symphonic performances of game music. "We immediately felt Assassin's Creed had the potential for a unique symphonic experience because of the diverse cultural influences in its iconic soundtrack," said Massimo Gallotta, CEO of MGP Live. "We love that this concert is opening up symphonic music to a new generation of fans."

Coinciding with E3, the world premiere will take place at Hollywood's Dolby Theater in Los Angeles on June 11 before visiting the Palais des Congrès in Paris (June 29), the Davies Symphony Hall in San Francisco (August 3), the Place des Arts in Montréal (September 27), the Eventim Apollo in London (October 5), and the Teatro Arcimboldi in Milan (October 6).

Tickets go on sale starting December 7 for Ubisoft Club Members, before releasing to the public on December 10. For more information, visit acsymphony.com, and for all things Assassin's Creed, check out our previous coverage.