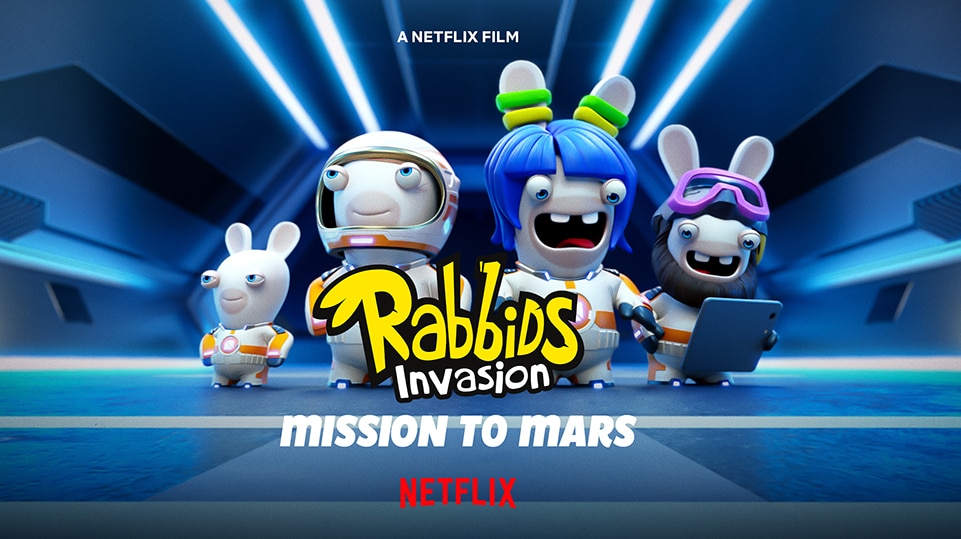 “Rabbids Invasion: Mission to Mars” is now available to stream on Netflix worldwide. In this TV special written by Howard Read and Arnaud Bouron, and directed by Franz Kirchner, an unlikely team of heroes sets out on a mission to Mars where absolutely nothing goes as planned.

Because Rabbids are indestructible, Nebulous Industries decides to recruit Rabbids for a mission to Mars. A genius Rabbid named Beardie answers the call, as he has always dreamed of visiting the red planet. After passing the tests, Beardie is teamed up with three other Rabbids: Disco, the queen of the dancefloor; Cosmo, the insecure pilot; and Mini, the adorable tiny Rabbid. As our heroes leave Earth, they must face an interplanetary threat and learn how to overcome their differences.

You can watch “Rabbids Invasion: Mission to Mars” starting today on Netflix, and read about how Ubisoft and Netflix are also teaming up for three new animated series including “Captain Laserhawk: A Blood Dragon Remix.”