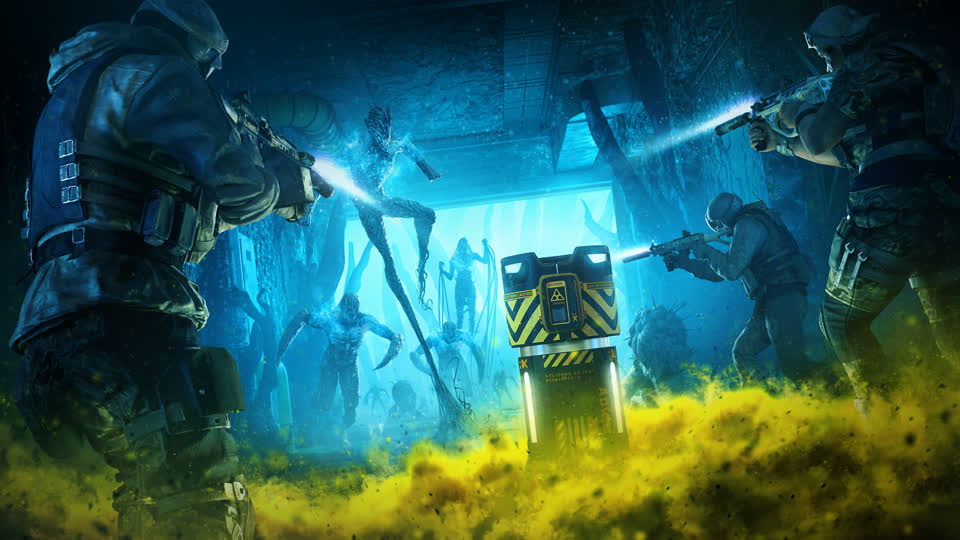 It's time to call in your favorite Operator, because Rainbow Six Extraction's first Crisis Event is officially available now. Spillover has wreaked havoc on REACT containment zones, which have been overrun by Archaean Sprawl Colonies. The mission is simple: Operators must strategically deploy Dissolution Agent cannisters in a Sprawl Colony, then defend the area against attacking Archaean hordes. Not to worry – REACT has crafted a deadly Auto Turret that can be unlocked through Spillover’s Studies.

Not only will players have an Auto Turret to watch their backs, a new Operator is dropping in to help the REACT squad: Zofia, Ela's older sister, is available to play now for free. Wielding a powerful grenade launcher, Zofia is also resistant to blinding effects and can self-revive, making her an ideal squadmate in the face of the Sprawl. She's the first new Operator added to the Extraction roster since launch, and she'll stay long after the Sprawl Colonies have been contained.

Don't wait to join the fight - Spillover is only here for a limited time, and players should take advantage of every minute to complete event-specific missions and unlock new gear. You won't want to miss out on the Desert Kingsnake outfit, combat souvenir charm, and swift bushwack weapon skin. Like Zofia, once unlocked by completing Spillover Studies, these will still be part of your collection after Spillover ends.

Spillover is a free, limited-time event that runs through March 11, available on Xbox Series X|S, Xbox One, PS5, PS4, PC, Amazon Luna, and Stadia, and included with a Ubisoft+ or Game Pass subscription. If you're interested in reading more about Rainbow Six Extraction, check out our our video starter guide.