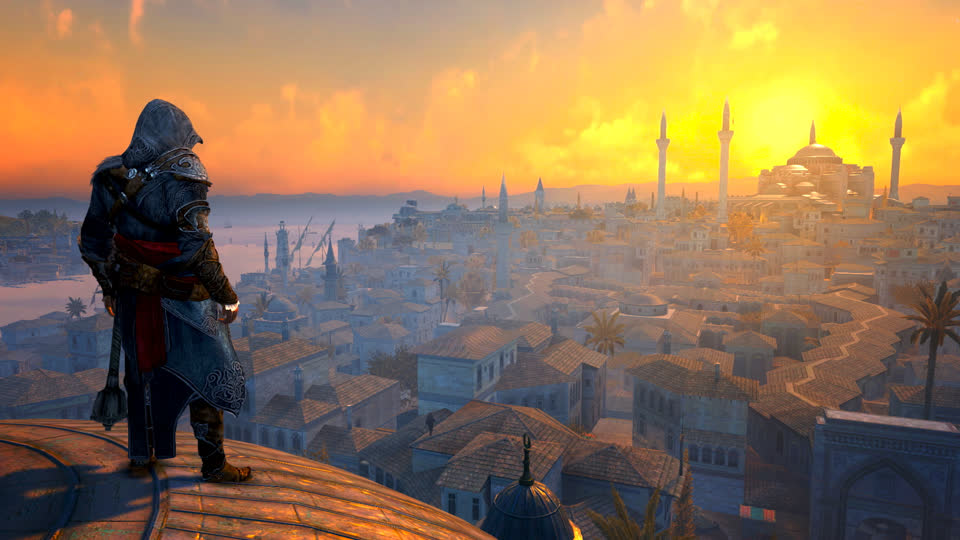 Assassin's Creed Brotherhood finds Ezio in Rome as a more seasoned member of the Assassin Order, rebuilding the city's Brotherhood chapter under the nose of the Templar Order. Two solo DLCs, Copernicus Conspiracy and The Da Vinci Disappearance, are part of The Ezio Collection as well.

Ezio's final chapter unfolds in Assassin's Creed Revelations, as the Assassin follows in the footsteps of his predecessor Altaïr. Players will be thrust into 16th-century Constantinople, where they must join the fight against a growing Templar threat. The Ezio Collection includes the game's The Lost Archive DLC.

Players looking for bonus content can also enjoy two short films, "Assassin's Creed Lineage" and "Assassin's Creed Embers." "Lineage" is composed of three episodes, and serves as a prequel to Assassin's Creed II, detailing the adventures of Ezio's father, Giovanni. "Embers," meanwhile, is an epilogue to Ezio's saga, set after the events of Assassin's Creed Revelations and a must-see for fans who want to see how the legendary Assassin's story ends.

If you're excited about The Ezio Collection on Switch, you may enjoy reading about the real history behind Assassin's Creed games, or what to expect in the upcoming Assassin's Creed Valhalla expansion Dawn of Ragnarök.