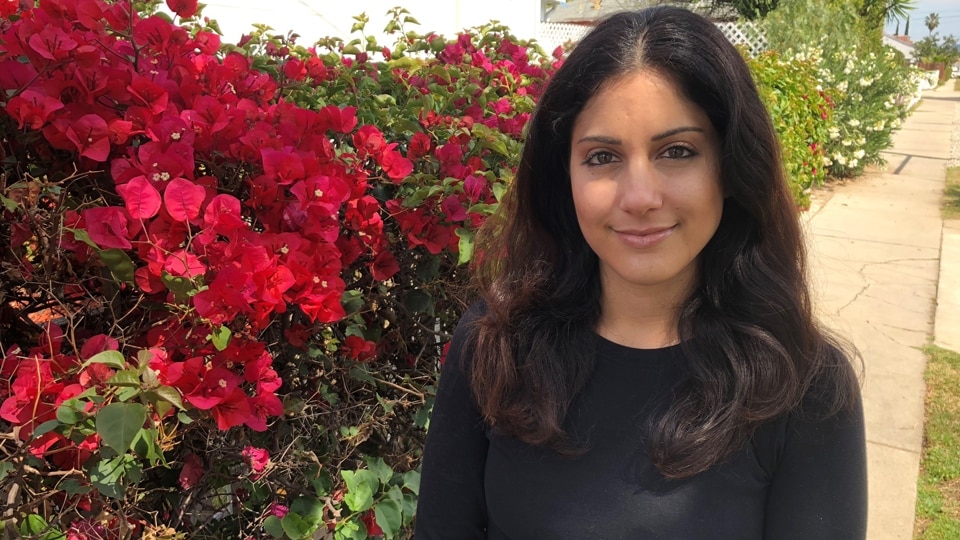 The first time I met Raha Bouda, she was the interviewer and I was the interviewee. Now, more than a year later, our roles are reversed. If it weren't for her, the Women of Ubisoft series would not exist; not only was she partially responsible for hiring me, but she has also helped provide a female perspective on questions for the Women of Ubisoft interviews. And now, appropriately, she provides her own perspective as a Senior Public Relations Manager.

At the most basic level, the role of PR is to help manage and influence public perception through communication platforms. For games, campaigns are created from announcement through launch, highlighting certain features of the game and potentially unique stories to tell along the way. Unlike developers, who work on a single game for years at a time, PR managers start working on titles much closer to release, and often work on multiple games at once. In addition to that, part of Bouda's role as senior public relations manager is helping her team members develop and grow as PR professionals.

How did you get into PR?

Raha Bouda: Through my older brother, actually. I was in my last year of college, studying communications, and he kept stressing the importance of graduating with an internship under my belt. He was working in marketing at THQ and sent me the PR internship job listing. So I interviewed for the position and, a couple months later, they hired me on as an intern before hiring me on full-time.

Growing up, I wanted my career to have a path to help people and bring them happiness, whether that was being a doctor, a social worker, a speech pathologist... it was the traditional occupations that I thought of when thinking of how to reach my career goal. But then, you know, life happens, and you realize things like, if you want to be a doctor, you can't suck at math (laughs). Needless to say, as time went on I became more open-minded about my career options. And I'm really glad I listened to my brother and applied for the PR internship, because although PR wasn't really on my radar, it's made me realize that entertainment is an important part of people's lives, and it's given me the opportunity to bring joy to a wider audience.

What do you think prepared you most to work in PR?

RB: Working in PR! (Laughs.) When I started my PR internship at THQ, I had no idea what I was getting myself into. School gave me some insight, and TV and movies showed their version, but, spoiler! Real life wasn't like that (laughs). But luckily, in addition to having an amazing team to mentor me, I was able to refer to my experience working in retail to help contribute.

I also think, to some extent, being first-generation American helped train my brain early on for a professional career. From an early age, I had to be conscious of my word choice to get my point across. At any given time, I was with people who spoke varying levels of English and Farsi, and I had to be able to communicate effectively with all of them. I had to walk between two different cultures, and that helped me empathize with both, even if it just resulted in something like adding a native Iranian dish to a traditional Thanksgiving meal. In many lines of work, we take what exists and try to make it more personal. So I think being able to draw from those experiences helped prepare me as well.

You have a reputation around the office for being incredibly hard-working. Where did that come from?

RB: That's very nice of you to say, thank you! I grew up in an entrepreneurial family, and it helped expose me to certain values early on and gave me a great foundation for my work ethic. But I think my drive, my motivation for being a good worker came when I got a retail job outside of my parents' business. The independence I felt having my own job was intoxicating, really, and I couldn't imagine ever letting that feeling go. Over time, more factors contributed to my drive. Once I started working in this industry, my colleagues' passion and dedication, and maybe some friendly competition (laughs), helped fuel my drive. You know, when your entire team is eating a late-night dinner at the office working on the same project, it brings a sense of camaraderie, which motivates you to be a better team member, I think.

I want to do right by the people who work hard. When developers have worked on a game for years and are ready to have PR join in on the process, I'm not going to take that responsibility lightly.

Or, if I help my PR colleagues execute their campaign that they spent a lot of time researching and planning, I'm not going to take that responsibility lightly. Not to get too cliché, but I always want to do the best I can to support a project, because people make a lot of sacrifices and pour their hearts into their projects, so the contribution on my end should be similar.

It seems like you've had some great role models in your career. Were any of them female?

RB: I've been lucky enough to have many female role models throughout my career. Not only on the PR side, but female mentors across other business units as well. Here at Ubisoft San Francisco, we have the Women's Leadership Forum, where we have workshops and discussions about topics like power, status, gender in the workplace, and networking, as well as a mentorship program. And as much as possible, I try to be a mentor as well. I learn a lot from my mentees, and have always found mentorship programs to be a great resource.

Do you think it was important to have female mentors?

RB: I think there's a lot of value in being mentored by both women and men, because it's always great being exposed to different communication types, thought processes, and personalities. At the same time, as a woman, having a female mentor has been invaluable. Men and women aren't always going to have the same experiences, so by being paired with another woman, I'm able to borrow from her experiences to help navigate my own.

PR tends to have more gender equality than other fields, like game development. Why do you think that is?

RB: It all starts with education, right? Luckily, there continues to be a push to have more girls in the math and science fields. We see coding camps for girls. I think in time, we'll eventually see more of a balance in fields that have been traditionally dominated by men.

Do you think your experience has been different as a woman of color? Has it helped you with your job?

RB: I don't know if I'm blind to it, naïve, or what, but I haven't felt like I've been treated differently because I'm a woman of color. Growing up, I was blessed to live in Southern California, where it's incredibly diverse and I was lucky enough to experience different cultures. It made my world bigger. It's these experiences that have helped me with my job, whether it's coming up with story angles or flagging something potentially insensitive. I think anyone who embraces diversity will always be richer for it, because it gives them a bigger art palette to paint from.

What role do you think diverse representations in games play?

RB: For someone like me, who is first-generation American, entertainment was a life reference tool for me. Take prom, for example, since it's prom season: I didn't have family members tell me stories about what to expect, or what their prom was like, because they don't have prom where my family is from. My first exposure to prom was what I would see in TV shows and movies... until I actually went to my own prom. For better or worse, entertainment helped shaped my views on things like popular culture and social norms. Entertainment was my bridge to understanding this country better.

I feel like that's why it's so important to have fair and balanced representation in entertainment, including games. I don't only want to relate to the villain, or to the underdog, or a side character. I want to also relate to the hero or the badass. If you continue to depict a particular group of people in a certain light, then you start to train people into thinking it's the only role that particular group can ever play, and it bleeds into real life. And the only way we're going to get diverse representation in games and other forms of entertainment is by having diverse people on your staff who can highlight different cultures and countries and time periods – fact or fantasy – which enriches our experiences when we engage with games.

What accomplishments are you most proud of in your career?

RB: Being one of the honorees of PR News' Rising PR Star was a great moment for me. I'm not someone who typically "needs" accolades to feel validated, especially since so much of what we do is team-based; it's actually a little uncomfortable for me. That being said, it definitely felt nice.

I'm also proud of finding my voice and not being shy about communicating what I want. It's a quality I try to impart to members of our team.

What advice would you give to women that want to do what you do?

RB: Work hard, know your worth, and make sure you communicate your worth. Be vocal about what you want. No one is going to hand you anything, nor can they read your mind. I think many times, as women, we're afraid to ask for what we want, or we don't feel like we deserve it. There have been so many studies showing that women won't go for a role unless they feel they're 100% qualified for it, while men will apply even if they feel they're only partially qualified for it. Go for what you want, the worst that can happen is they say no.

I'd also tell them to embrace the Platinum Rule: Treat others the way they want to be treated. Different people learn in different ways, and teams that thrive have leaders who understand that.