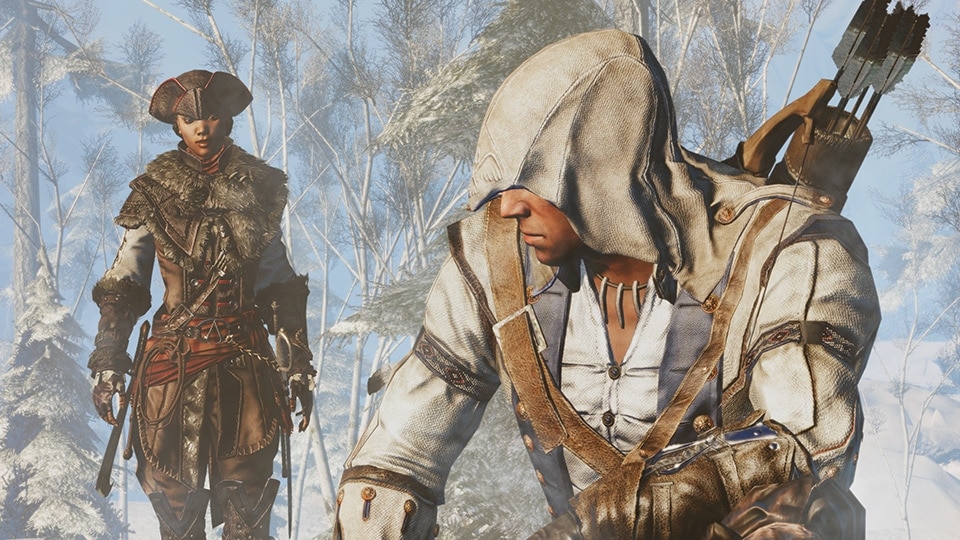 Assassin's Creed III Remastered will launch on March 29, re-igniting Connor's revolution on Xbox One, PS4, and PC. Featuring a new graphics engine, along with enhancements that include higher-resolution textures and support for 4K and HDR, the remastered edition also packs in improvements to Assassin's Creed III's ergonomics and gameplay mechanics.

Centering on half-Mohawk, half-English Assassin Connor, Assassin's Creed III tells the story of a secret war behind the American Revolution. Taking players to 18th-century Boston, New York, and a vast open frontier, it's a chance to witness key events during the Revolution through Connor's eyes as he builds a new Assassin Brotherhood and fights to break the Templars' hold on the colonies.

Assassin's Creed III Remastered will launch on March 29 for PS4, Xbox One, and PC. It's available for preorder now as an individual purchase, but if you have the Season Pass for Assassin's Creed Odyssey, you'll be able to download it at no additional charge. For more on Assassin's Creed, check out our previous coverage.