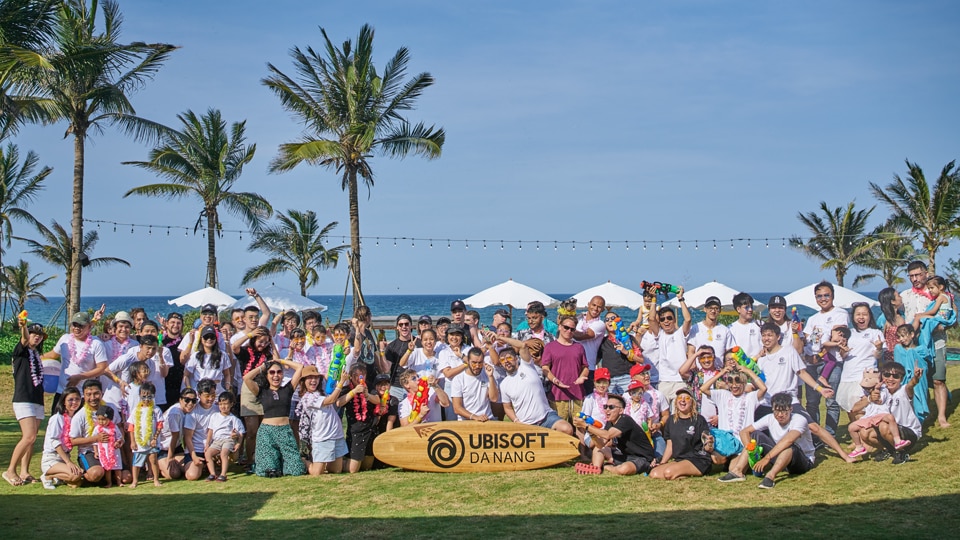 Ubisoft Nano – A Year of Games

Just over a year ago, the doors of Ubisoft Da Nang opened for the first time, with the team beginning their journey into the development of HTML5 titles based on some of Ubisoft's biggest franchises, including Assassin's Creed, Rabbids, Hungry Shark, and more. While the team prepares to launch their third season of Nano games --- instant party games that can be played by up to 100 players simultaneously --- they are celebrating their first year and the start of summer with a variety of games, crafts, and prize giveaways with colleagues and family under the Da Nang sun.

The team works just as hard as they play, also producing an infographic of quick facts about the titles they have launched in their first two seasons of content, which span six games and 21 Ubisoft franchises, and have been played by over 6.5 million people worldwide. Discover all the key facts about Nano games in the infographic below, and play them all on the Ubisoft Nano website. To stay updated on all the latest from Ubisoft Da Nang, you can follow their Facebook page. The team is hiring now, so apply for an open role to join them. For more news from inside Ubisoft, stay tuned right here on the Ubisoft News hub.