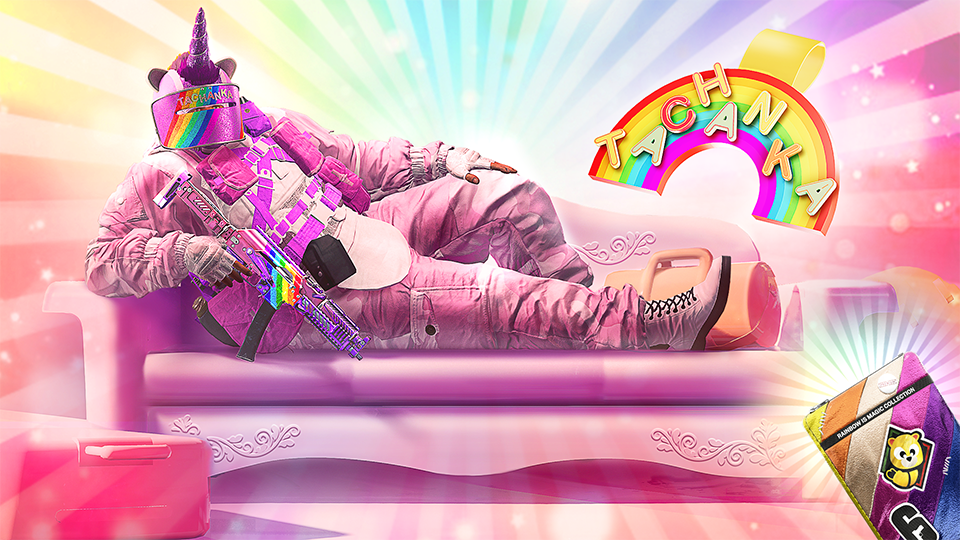 Magic is coming to Rainbow Six Siege, and it's no April Fools' joke. From April 1-8, Rainbow is Magic will introduce a new mode that tasks players with their most important mission yet: rescuing a teddy bear from evil captors on a magically reimagined version of the Plane map. The map isn't the only thing that's received a magical facelift: To tackle this adorably deadly mission, players can chose from 13 classic Operators reskinned as toy soldiers and plushies, including Recruit, Montagne, Blackbeard, Ash, Thermite, Thatcher, Sledge, Smoke, Castle, Kapkan, Bandit, Frost, and of course, Lord Tachanka.

Rainbow is Magic will also introduce 17 exclusive customization items, featuring plenty of toys, magical creatures, and an overabundance of cuteness that can be earned by completing Ubisoft Club challenges, or unlocked by purchasing Rainbow Is Magic Collection packs for 300 R6 credits. Logging in during the event will automatically net you one of the exclusive items. Additionally, the collection includes magic-inspired outfits and pieces of headgear for four Operators: Montagne, Tachanka, Blackbeard, and Smoke.

Rainbow Six Siege's Rainbow is Magic event kicks off today, so make sure to sign on to reap all the adorable benefits. For more on Rainbow Six Siege, check out our previous coverage.