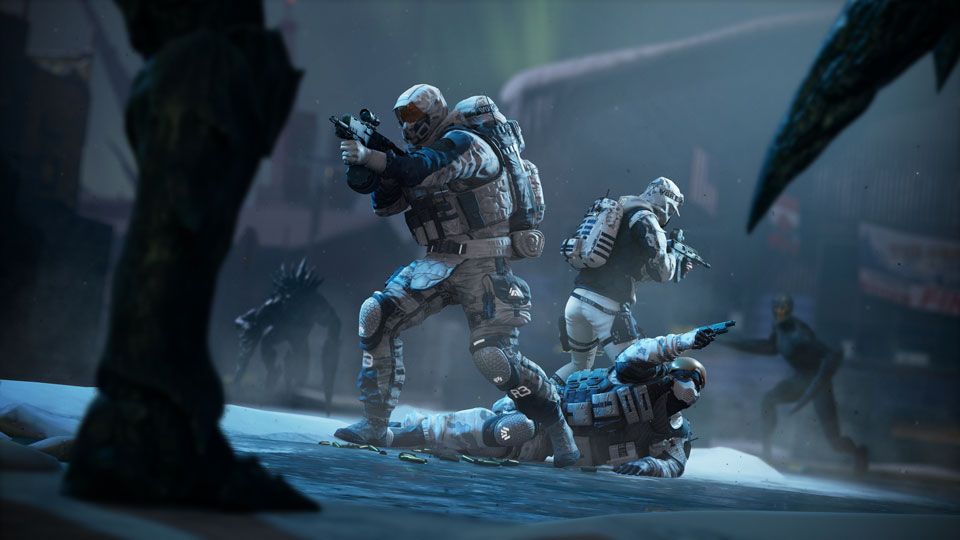 January 20 marks the launch of Rainbow Six Extraction, and in the weeks and
months following, a slate of free post-launch content will challenge Operators
in new and exciting ways. From limited-time Crisis Events and weekly Assignments
to the ultimate gauntlet of Maelstrom Protocol, this free content will offer new
ways to play and new rewards to unlock.

Maelstrom Protocol is a challenge mode, available at launch and meant for
seasoned Rainbow Six Extraction Operators. It lays out nine consecutive
subzones, each increasing in difficulty with tougher enemies and less time to
complete your objectives. Players will earn points as they play and, at the end
of each subzone, have the chance to extract and bank those points, or push on
for a bigger payout. Accumulate points to rise through the ranks – Bronze,
Silver, Gold, Platinum, Diamond – to earn REACT credits and special headgear to
show other Operators how well you met the challenge of Maelstrom Protocol.

Crisis Events will arrive for a limited time only, bringing game-changing
parameters to the action, as well as introducing new Operators or Proteans (a
nasty Archaean variant that mimics an Operator and has special abilities). The
first event, Spillover, will introduce an evolved version of the Sprawl for
players to contend with as they take on Archaean hordes. Exclusive REACT tech,
new cosmetics, and more will be available to unlock during Crisis Events.
Furthermore, weekly Assignments will offer gameplay modifiers to test your
skills in new ways, such as Veteran Mode, which removes the HUD, gives you
limited ammo, and enables friendly fire.

Rainbow Six Extraction is launching on January 20 with Buddy Pass and a new
price.
It will feature cross-play, cross-progression, and cross-save, and will be
available on Xbox Series X|S, Xbox One, PS5, PS4, Amazon Luna, Stadia, and the
Ubisoft Store on PC, as well as via Ubisoft+. To keep up with the latest news,
visit our Rainbow Six Extraction
news hub.