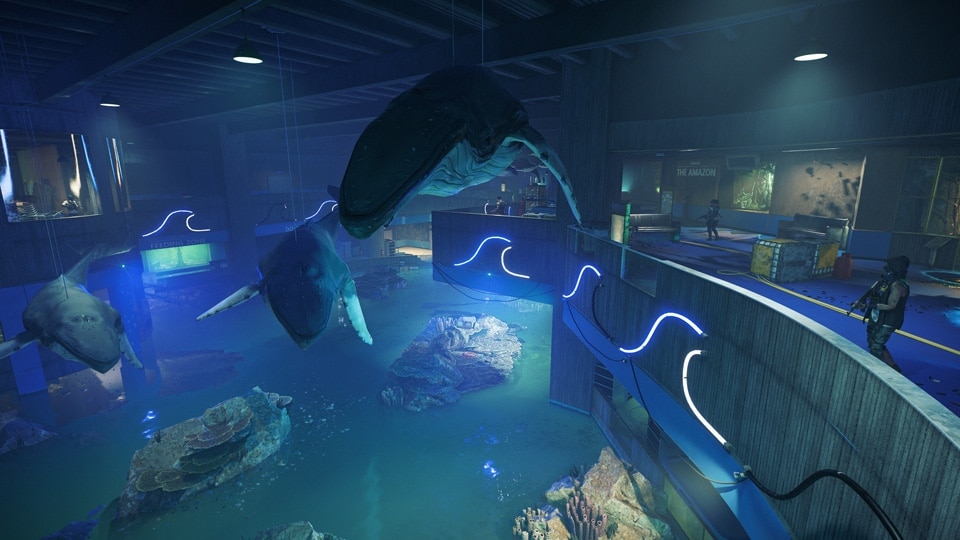 Starting July 23, Division 2 Agents who own the Year 1 Pass will get one-week early access to Episode 1: DC Outskirts – Expeditions. While the two new main missions, new Expeditions mode, and new weapons and gear will become available to all players, for free, on July 30, two new Classified Assignments will remain exclusive to Year 1 Pass holders. As long as players complete the first Classified Assignment, which was released in May, the new Assignments will appear on their map tomorrow. They will reveal new stories of civilian ingenuity and nefarious new plans by enemy factions, as players explore two new areas: Washington's Central Aquarium and NSA Site B13.

In the Aquarium Civilian Rescue Assignment, Agents will respond to a distress call from people in a besieged community in the Central Aquarium. The calm, aquatic vibes of their makeshift home are being threatened by Hyenas, who have descended on the facility to scavenge equipment and terrorize the populace. Players will learn how the aquarium community banded together in the wake of the pandemic, push back the Hyenas with the help of a local ally, and discover the answer to one of this Assignment's most poignant mysteries: What happened to all the fishies?

The NSA Security Alert Assignment takes place in an equally otherworldly, yet very different location. The pristine interior of NSA Site B13 hasn't been disturbed since disaster struck – until now. Investigating a coded message emanating from beneath the National Mall, Agents will find that Black Tusk mercenaries have breached a Metro tunnel wall to gain access to a National Security Agency data center. Players must secure the site, and in doing so, uncover revealing intelligence about what the NSA knew — and how they responded — before Black Friday hit.

To unlock Classified Assignments and secure early access to the three free episodes coming in the first year of The Division 2, including Episode 1 DC Outskirts – Expeditions, players can purchase the Year 1 Pass from the in-game store on their platform of choice. The Division 2 is available now on PC, PS4, and Xbox One. To read the latest State of the Game recaps detailing upcoming updates and additions to the game, check out our previous Division 2 coverage.