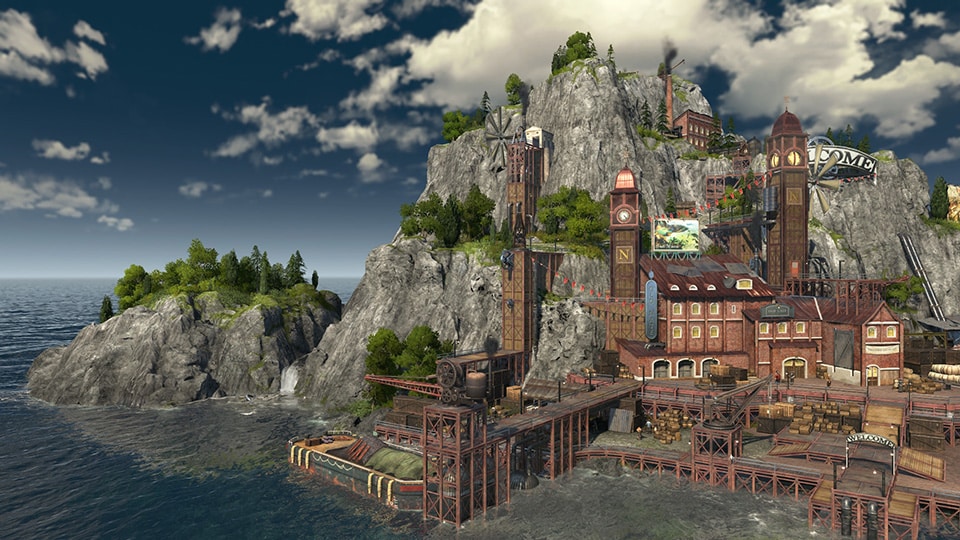 Anno 1800 is rolling out a Gold Edition. Included in this new edition are all three upcoming DLCs, the first of which, Sunken Treasures, is available July 30. In an all-new storyline featuring dozens of additional quests, Sunken Treasures will have you tracking a missing queen to sunny, seaside Cape Trelawney. Here, you'll build out a new capital, and form a (sketchy at best) partnership with Old Nate, Trelawney's resident crackpot and third-party trader.

For Sunken Treasures, the Anno 1800 team has created an entirely new area that allows players to create a true mega-city for the first time. Guided by player feedback, they are delivering a continental island that's three times larger than the biggest island in the main game, as well as introducing a new crafting system with a host of new inventions to craft. The key to this system is Old Nate and his diving bell, which will enable you to search for shipwrecks to find valuable supplies.

For more on Anno 1800, check out our previous coverage.