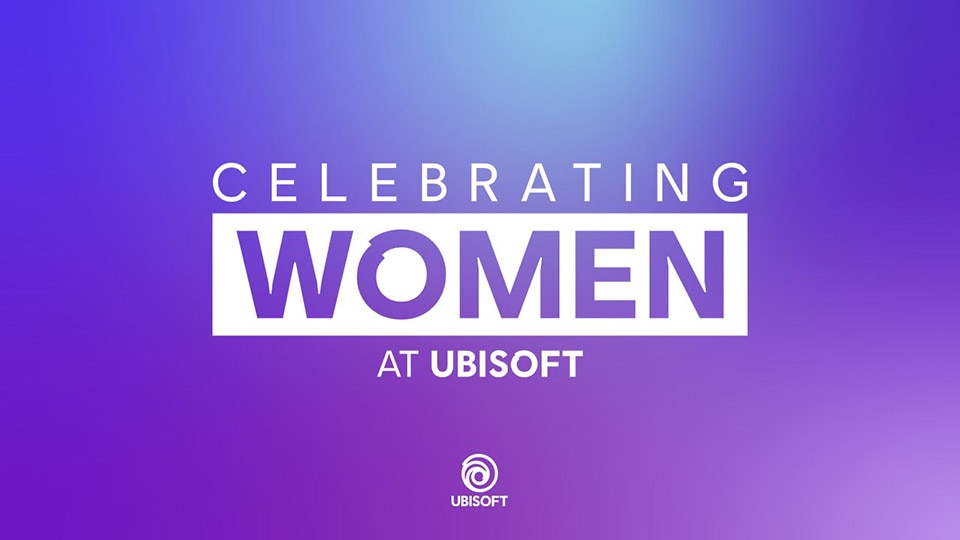 For this year’s International Women’s Day, Ubisoft studios all over the world are celebrating the achievements of women in videogames and society, raising awareness about gender-based bias, and looking towards a gender-equal future, both in and out of the workplace. From talks and panels with notable women in games and inspiring figures from outside the industry, to coding courses for girls and more, read on to find out some of the ways Ubisoft studios the world over are celebrating and spreading awareness.

Ubisoft Reflections and Ubisoft Leamington (UK) have invited veteran game designer and writer Brenda Romero to discuss the role of women in tech. Romero has written and designed a number of games throughout her career, as well as authoring books on game design and advice for entering into the videogame industry. Hosted by Ubisoft Brand Director Louise Marchant, Romero’s talk details the struggle faced by women throughout the ‘60s and ‘70s, what can be done to maintain the positive momentum gained in the years since, and the need for a further push to close the gender gap that still exists today.

Over at Ubisoft Philippines, the team has organized a virtual group dinner and discussion designed to enable the women in their studio to share their experiences, as well as insights into why they chose to enter what is widely seen as a male-dominated industry. The team has also been invited to attend the Women Empowerment Seminar; organized by the Philippine Commission on Women, the seminar aims to highlight women’s achievements and discuss continuing gender-equality issues, challenges, and commitments.

Ubisoft Montreal are holding an internal conference, part of a series that has in the past featured various inspiring women in a range of industries and roles in society. This year, former Paralympic champion and Canadian Parliament member Chantal Peticlerc has been invited to speak on the topics of resilience, passion, and surpassing oneself. In addition, the daughters and nieces of team members are being treated to coding lessons with the experts at Ubisoft Montreal to encourage their interest in STEM subject areas, while reinforcing the idea that anyone can have a career in videogames and software development.

Ubisoft France’s Diversity and Inclusion team have organized two internal panels to mark the occasion and to discuss the topic of women in the workplace and society. The first features a number of Ubisoft’s own team members sharing their experience and insights as women in the games industry, while the second panel will cover similar topics from some speakers outside of Ubisoft to provide a range of perspectives. Ubisoft Bordeaux, Ubisoft Saguenay, and Ubisoft Quebec have also developed their own internal panels featuring women from their studios, sharing their own personal insights with their peers.

Meanwhile, Ubisoft Sofia is organizing a Mar[ch]athon to raise awareness and donations for the Bulgarian Fund for Women. All team members are being encouraged to complete a marathon’s-worth of running, tracking their progress through smartwatches, apps, or other tracking devices, and submitting their progress throughout the month of March. For each kilometer completed, the team will donate one Bulgarian lev to the fund, which was set up to advance women’s rights, eliminate gender stereotypes, and combat gender-based violence and discrimination.

The team at Ubisoft Toronto are making a donation to local nonprofit organization DMG and its Damage Labs program. DMG provides grants to games studios led by individuals from marginalized and underrepresented groups to encourage artistic expression in communities that often feel ignored by the industry. Along with the donation, mentorship will be offered for the 10 studios included in this year’s program.

For more on International Women’s Day content across Ubisoft, be sure to check out the social media of the studios and teams around the world during the week of March 8. And for more news from Inside Ubisoft, check out our previous coverage.