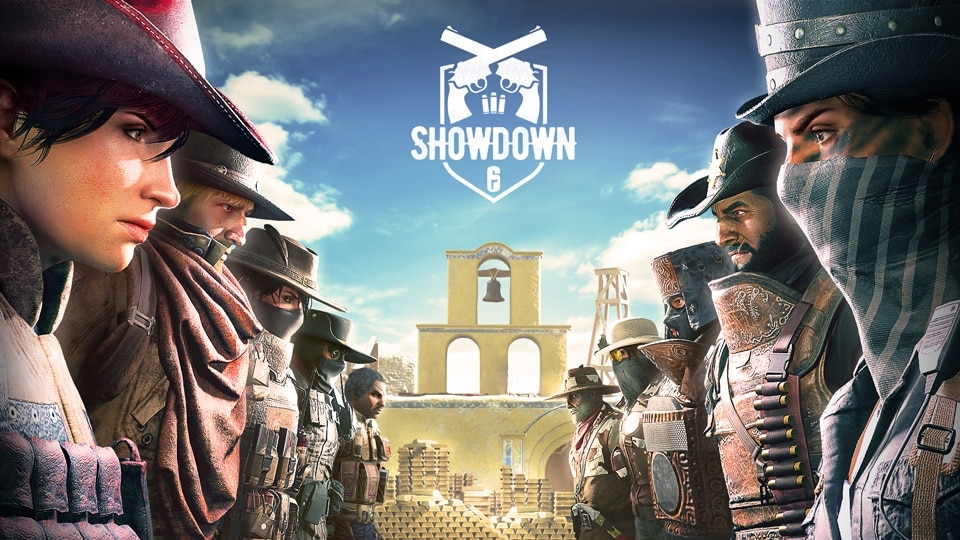 If you've ever thought the Operators of Rainbow Six Siege would look dashing as quick-draw bandits and sharp-shooting sheriffs, then a) you were right, and b) there's a limited-time event running until July 16 that you're gonna want to check out. Showdown takes 10 Operators from Team Rainbow and transports them to Fort Truth, a crumbling ruin on the dusty frontier hiding a heap of stolen gold bars. Special match rules ensure each round of Showdown is fast-paced and deadly, and new Showdown Collection packs reward players with headgear, uniforms, and weapon skins to bring some Western flair to your squad. And everyone who plays during the event will get a free Showdown Collection pack just for signing in.

The rules are straightforward, but substantially different from normal matches of Siege. Showdown matches are 3v3 battles to secure the area. Each round last 90 seconds, and there is no preparation phase; Defenders can't reinforce and Attackers can't scout with their default drones. Furthermore, all Operators will use the same weapons: a BOSG.12.2 shotgun and a Magnum LFP586 revolver. These are speedy shootouts with a limited HUD (no on-screen health circle, ammo counter, or crosshair), making them the perfect place to show your gunslinging skills.

The available Operators for Showdown are split into two posses:

Each Operator has a unique helmet, uniform, and weapon skin created for this event that you can acquire in Showdown Collection packs. In addition to earning a free pack for logging into the game during the event, you can earn another free pack (as well as a unique BOSG.12.2 weapon skin) by completing the Ubisoft Club Challenge created for the event. Showdown Collection packs are also available from the in-game store for 300 R6 credits each, and each one is guaranteed to grant you a new item (no duplicates).

Rainbow Six Siege is out now for PC, PS4, and Xbox One. Showdown ends on July 16, and the new season, Operation Phantom Sight, is underway. Check out our previous Rainbow Six Siege coverage for more.